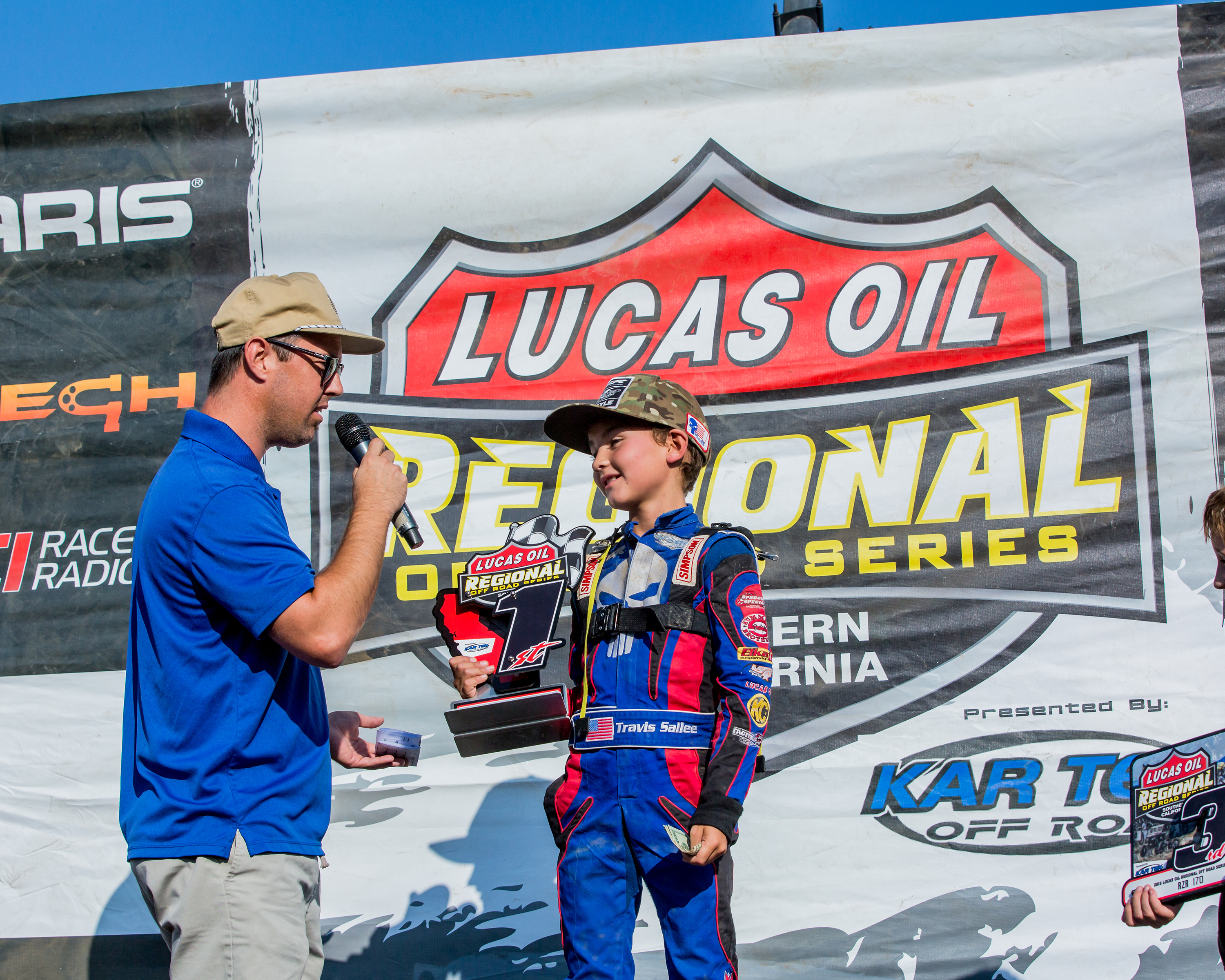 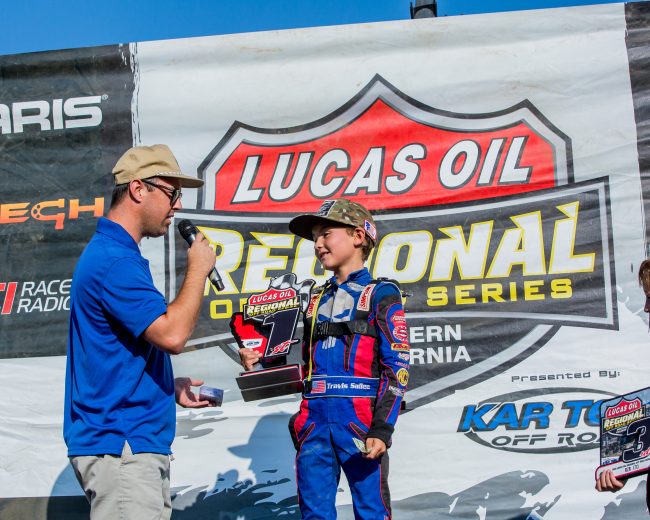 This is the race I have been waiting for, one of my favorite tracks back to racing after a long break.  We loaded up the Micro Punisher and prepared to head to the track. The anticipation of hitting the track after a 6 week break, and the excitement of getting back on the podium after a couple of 4th place finishes the last 2 rounds was all I could think about.

Friday Aug 3, would come quickly. We moved into the race track and set up our pit. My dad and I would head to registration and then over to tech. It was time to practice. The track had changed slightly since the last round at Glen Helen which was exciting. I would make sure and hit each and every practice, finding the faster lines, making mental notes through each turn and memorizing the track.  I was ready. 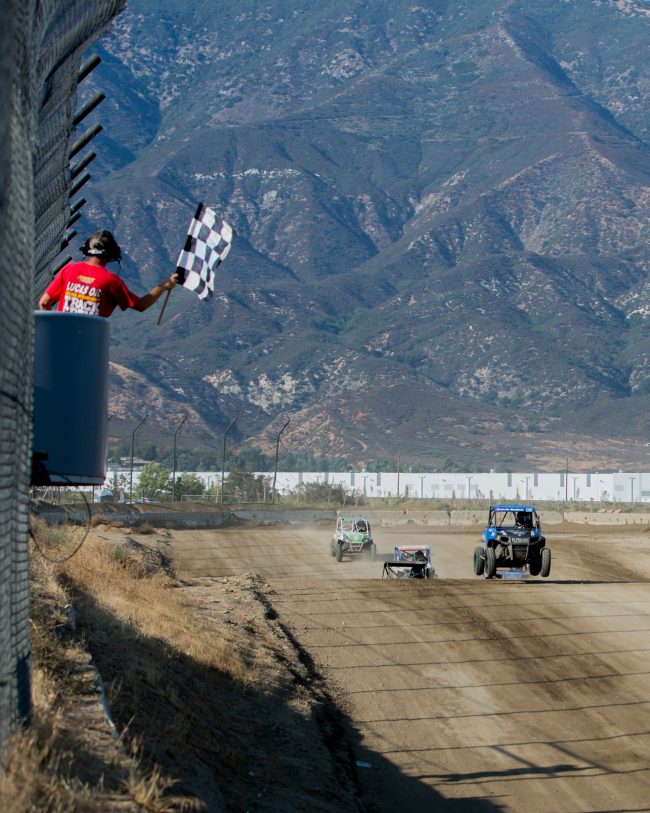 Saturday Aug 4, time to qualify. I headed out onto the track with the other 19 drivers in the 4th position, I would start plucking off the drivers moving to the front of the pack to set the pace for my fast lap time. I did it SUCCESS I had qualified first and with the inversion I would stay on the front row outside.   I would get my car teched and head back to the pit and relax and think of my strategy.

I suited up and headed to staging there was only one thing I could think of, staying out front and bringing home the win. The green flag would drop and I would be in beast mode. As I came around turn 2 heading into turn 3 and then the straight away the driver next to me would lose a wheel and I would have to renegotiate my line to avoid hitting him. I would be forced to catch up. As I headed out of turn 4 I would chase down the now first place position as I would try to pass he would move over on me, he would block I would give him a tap he would jack rabbit and I would quickly catch him. We played cat and mouse for 2 more laps making contact as we would come through the flag stand and I would succeed in taking the 1st place position. The competition yellow would come out and I would  remain in the lead until the checkered flag dropped. I had regained my place on the top of the podium. SUCCESS.

I have some tough decisions to make going into the next few rounds of racing. I am 1st in points at WORCS with 3 races left and 3rd in Lucas only 27 points out of 1st with 2 rounds left. Wish me luck 🙂

For all the excitment visit www.livetrackfeed.com