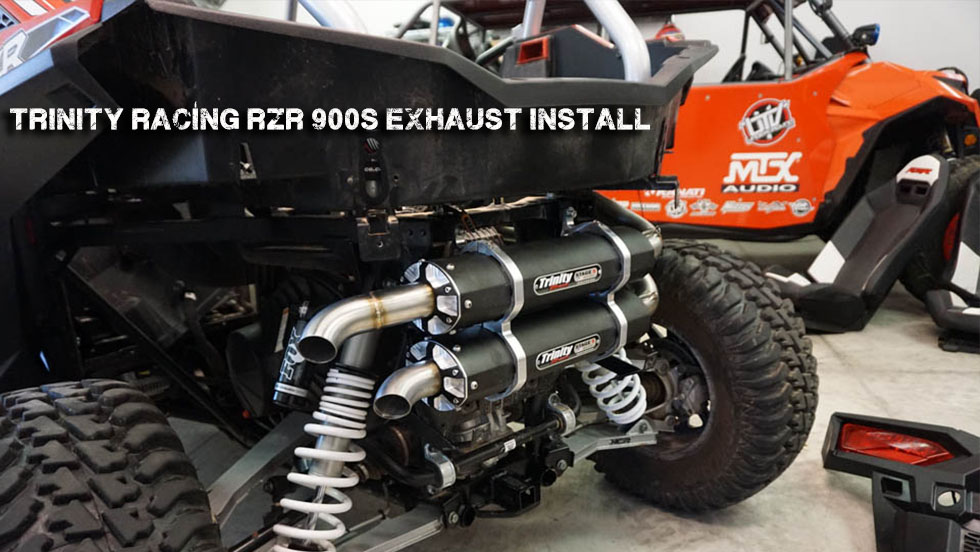 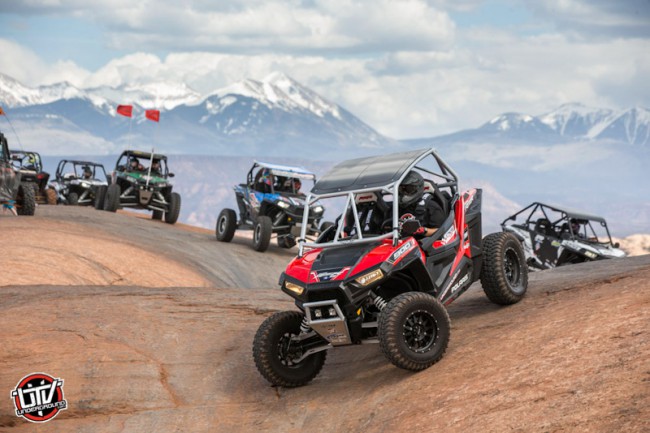 Our project Polaris RZR 900 s is a work horse. Because it’s not a show car and not a race car but is still capable and fun to drive it gets all of the high risk riding duties. Ferrying us around the Mint 400? No problem. Crawling (and rolling) all over Rally on the Rocks? Check. Need a car we can loan to a leadfooted friend? You guessed it.

This is why I was stoked to finally get to show this beast some more love. We already have an awesome (and functional, see below) cage from CageWRX, harnesses from Assault, and wheels and tires from Method and Tensor (among other things). It was time to hook up with the guys at Trinity and get this do-all machine some bark to match it’s bite. 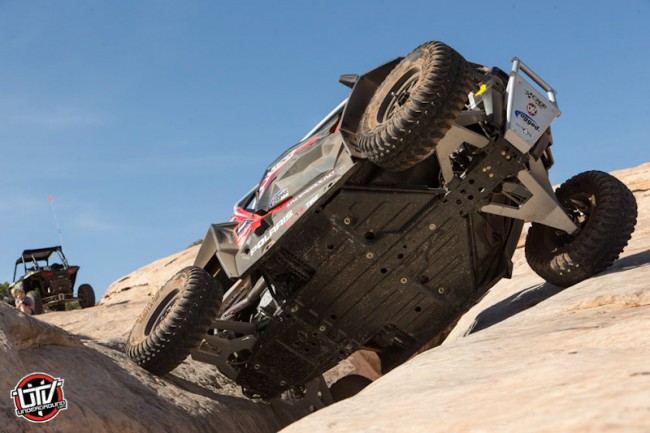 The exhaust looks awesome with it’s matte black finish and billet aluminum bits and pieces leading into stainless headers with the Trinity logo at the crossover. It’s really a shame we have to cover it up so much! Anyways, on to the fun part. 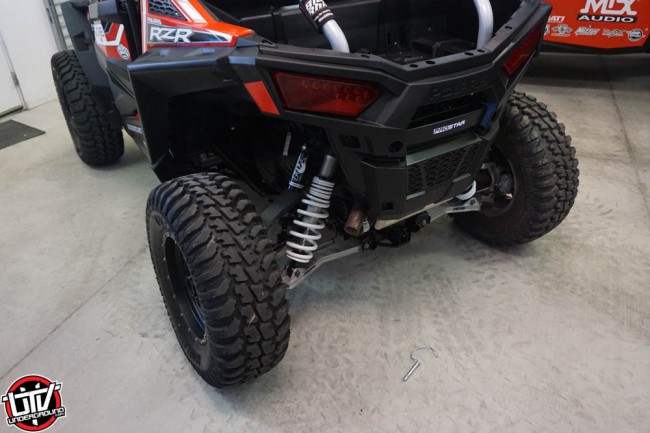 So, you can see what we’re working with here. The first step is going to be removing the stocker in its entirety and that entails a fair amount of disassembly. First we removed the seats and harnesses, easy peasy. Next, remove the air cleaner lid and all of the Torx bolts holding the air cleaner cover on. 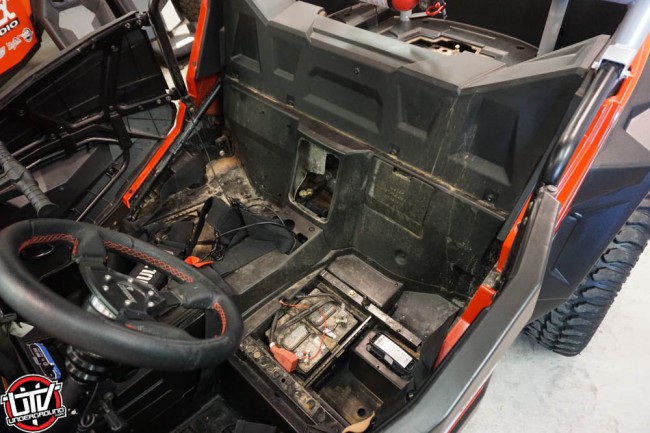 After removing the air cleaner cover, remove the four bolts holding the ecu in place, a Benchmark Performance massaged unit in our case. After removal, unplug the ecu and set it to the side. 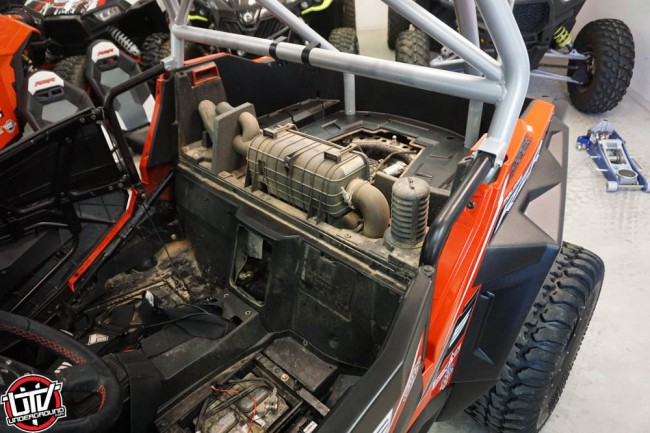 Next, remove the six plastic push in fasteners along the bottom of the lower firewall and pull the entire shroud out, giving you access to the head pipes in all their glory. 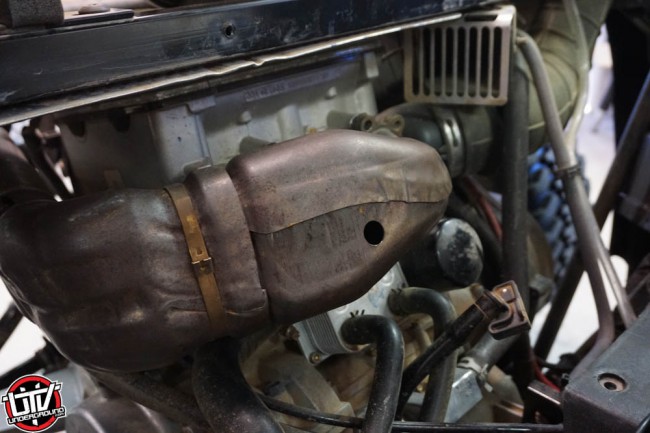 Now moving around to the back, remove the 10-12 torx bolts holding the rear fascia on, gently pull it backwards and down to release it but don’t let it fall. Squeeze your hand in there and disconnect the tail lights by lifting up on the latching connector. Set the whole thing aside. 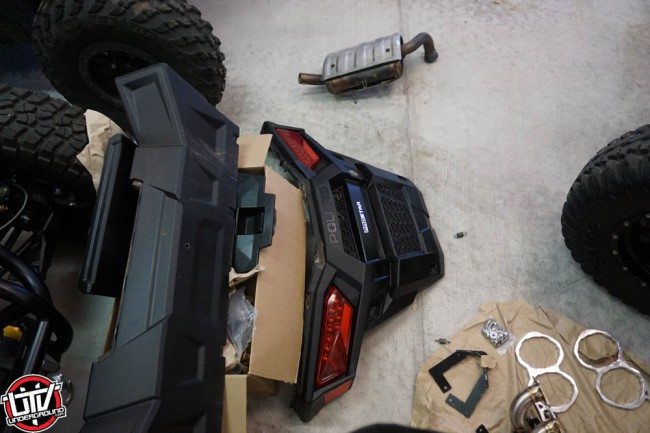 Now that you have a clear shot at the stocker, start pulling off all of the springs that hold it to the chassis and head pipe. There is one on either side of the exhaust and one underneath as well as two where the muffler meets the head pipe. With all of these removed you are free to pull the muffler portion off and set it aside. You can also remove the two lowest fender brackets at this point, they will get in the way. 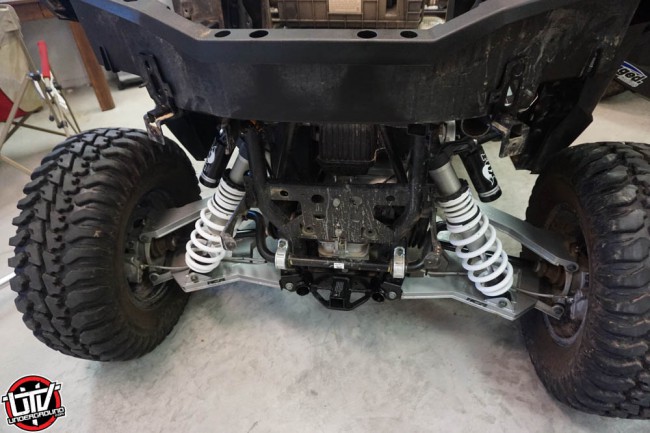 Head around to the front and undo the six head pipe fasteners with a 6mm hex wrench. You will need something with a long shank or perhaps a universal joint style adapter because these can be a little tricky. Once you get them all off you can gently remove the head pipes from the vehicle, being careful not to damage the exhaust gasket if you are planning to reuse it. 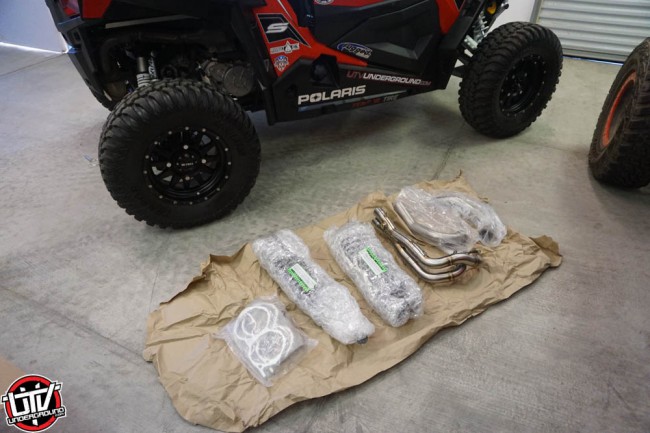 Now it’s time for the fun stuff, putting all this goodness onto the RZR!

Start by loosely assembling the two mufflers into the two billet clamps with the hanger facing the RZR. Don’t tighten the bolts all the way, just enough that they don’t scratch the mufflers. Next install the two muffler L brackets with the welded nut facing down for the exhaust hangers, do not fully tighten. The two long brackets with a bend in them replace your old lower fender brackets and the center bracket gets bolted on with the upper motor mount bolt. 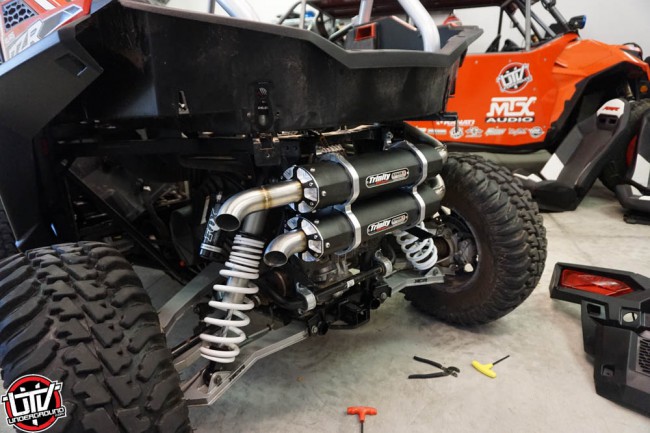 Next mount the head pipe with the stock hardware, again being gentle if reusing stock exhaust gasket. Use two springs to connect head pipes to crossover. 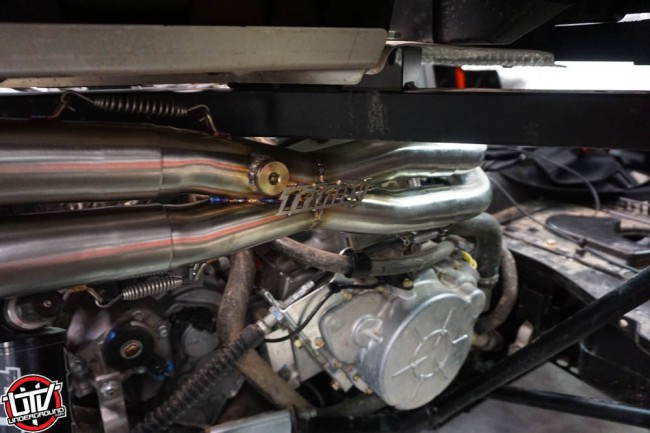 Mount up to the pre assembled exhaust, still not cranking down on everything. Insert the mid pipe from muffler to crossover and install 4 springs, two from crossover to mid pipe and two from mid pipe to mufflers. Use the supplied spring mount washers on the muffler end. Tighten down everything you left a little loose for wiggle room and then reassemble all the stock panels in the reverse order and you’re good to go! 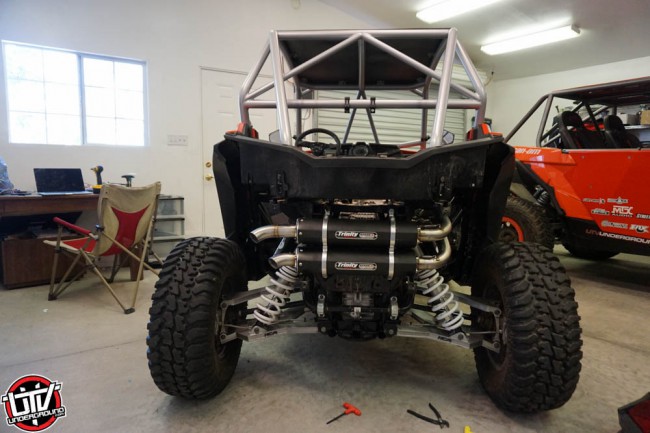 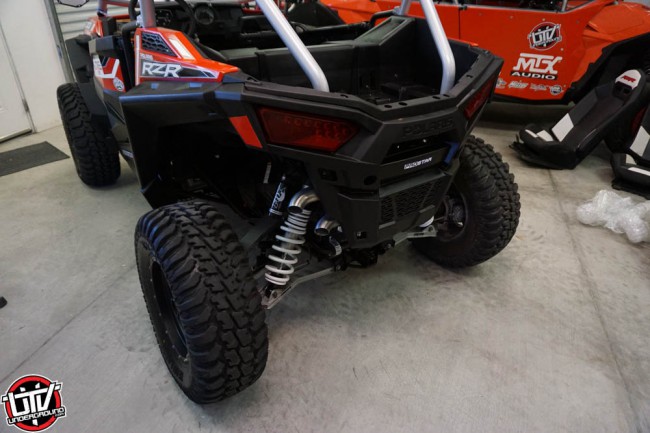 The exhaust seems very high quality and fit and finish of components was all good. I wish it had been a little roomier where the head pipes bolt on or I had a swivel extension because getting to all the bolts to tighten them was kind of a bear. We also got no instruction with our exhaust but one call to trinity got me straightened out and ours was a very early production unit.

The sound is very impressive and just ripping around the lot near the office it sounds healthy and feels peppy, we will report back on long term performance. I just wish that the whole exhaust wasn’t hidden by the rear fascia. We need to find a company that makes a shorter one or bust out the sawzall and let these bad boys shine! 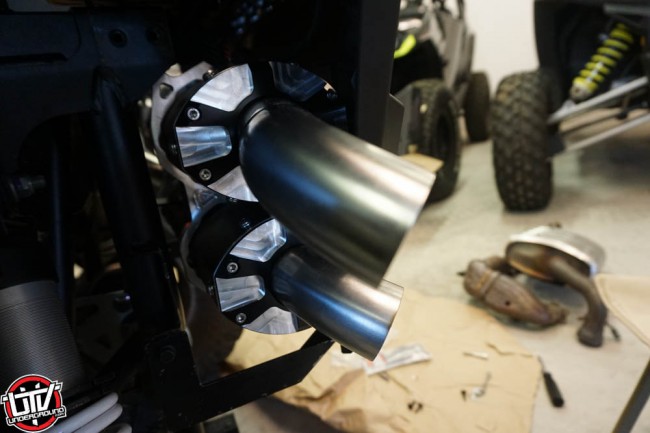 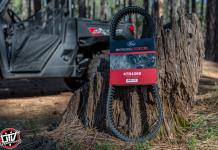 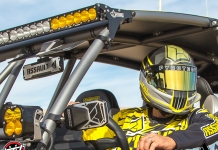