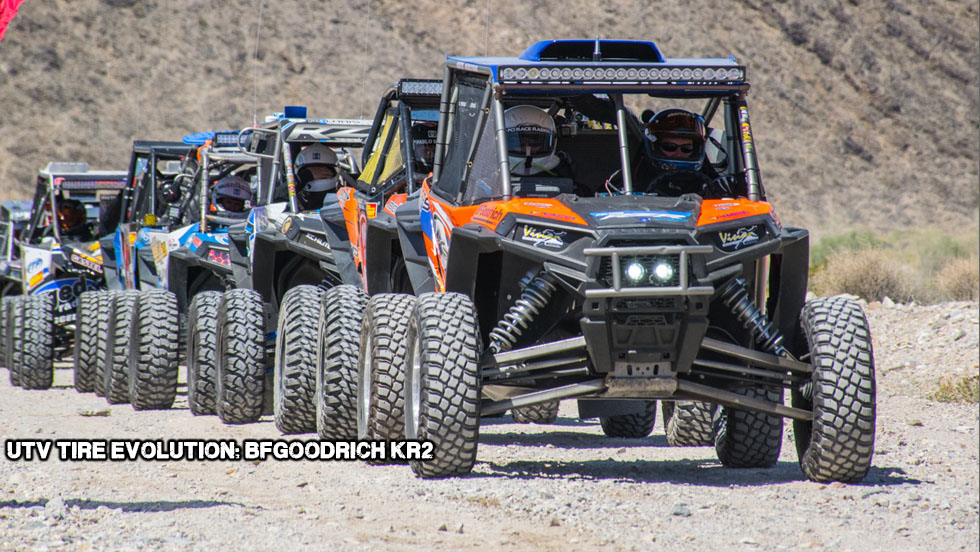 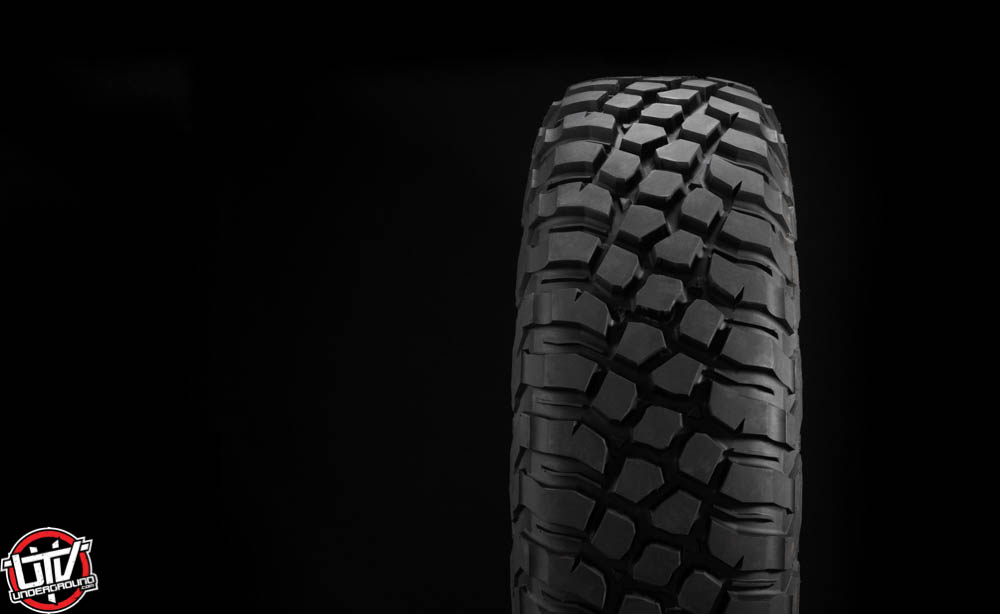 Everything evolves. Regardless of whether you like it or not, evolution lurches forward. When UTVs were originally conceptualized we’re sure sure jumping 100+ foot gaps and going over 80mph were never the goals. If it hauled a few bales of hay up a hill through mud we imagine that would suffice the original intent. But that is no longer where we are at in the world.

UTVs have evolved into high speed off-road machines with lots of suspension and gobs of power. They have become one of the most dynamic performance vehicles on the planet, especially once modified. We constantly tell people that there is no better fun for dollar than the UTV when it comes to off-road.

As the equipment evolves so do the inadequacies, and tires are a big one. When many of the current tires were designed the top speeds were lower with most tires being originally developed for ATVs. Sure they were light and could handle basic utility abuse, but they weren’t designed to be handling side loads from 2000 lb +/- vehicles with over 100 hp. Today, most companies involved in the UTV industry have improved their designs and have even offered DOT rated tires specifically designed for UTVs. It has been awesome seeing tires go from weak carcass ATV designs to durable and capable UTV tires with bolstered side walls and improved tread patterns.

Desert racing is an off-road products ultimate test ground. If you have seen first hand what off-road tires are capable of surviving, you would be just as much in awe as we are that we do not constantly get flats. Its actually terrifying to think about getting a flat at high-speed in terrain where the consequences almost certainly involve injury or worse.

For anyone who has driven on the edge for any substantial length of time, you are destined to at some point “run out of talent”. Most of us have been there and it’s always a scary ride. You never want to climb out of a vehicle and realize that the reason for your wild crash was because you decided to save money buying a cheaper part or in this case a tire that then failed. Don’t get us wrong, if you are simply cruising trails or dunes then stock tires in most cases are adequate. But if you are going to push it or race then you have to step your game up. 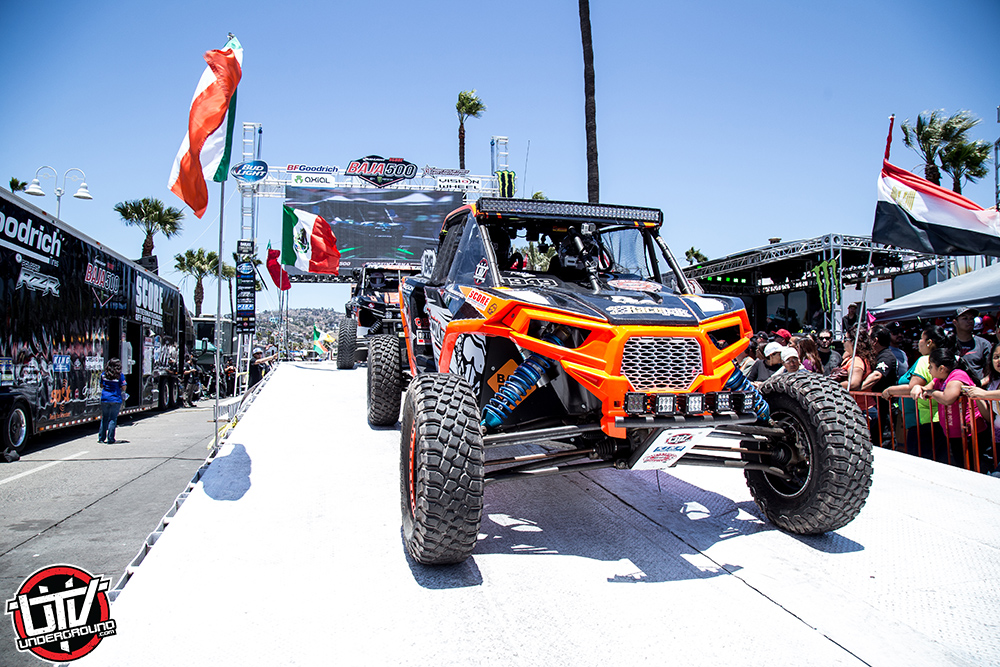 Many racers and hardcore enthusiasts have already made the move to light truck tires which are great in hardpack but lack the aggressive grooving and compound set up to be effective in soft terrain. In addition, they require bigger 15” wheels and inherently increase the vehicles unsprung weight at each corner thus putting more strain on the suspension components and in some cases the CVT belt driven transmission. But the benefits from a good LT tire in many cases far outweigh the negatives. With a UTV you can beef up your suspension, you can clutch your vehicle accordingly and then rest assured you have a tire that will naturally last longer and provide more durability over the length of the vehicles life.

Until late, we hadn’t seen a major LT tire manufacturer really step up and enter the UTV industry with an offering. Enter BFGoodrich. No other tire manufacturer in the world is as synonymous with off-road racing. Not only have they developed one of the most advanced off-road products available today, they also developed a support system for off-road racers that is unparalleled as it pertains to competition. When you look at the names who have not only raced on their tires but won it is undeniable. Larry Ragland, Rob MacCachren, Rod Hall, The McMillin’s, The Terrible Herbst family, Larry Roeseler, and Bryce Menzies are just a few of the names who have won off-road races and championships on the BFGoodrich platform. Not long ago you had to determine your pits based on how long your tires would last, now fuel range is really the only determining factor because the equipment (including tires) have evolved.

Now BFGoodrich brings to us the Baja T/A KR2 UTV tire. It’s safe to say this is the most advanced UTV tire on the market today mainly because of BFGs extensive experience and knowledge of developing high-performance off-road capable tires. The tire weighs in around 35lbs which is right on par with most 30” tires on the market. Its lug design allows for superior clean out while maintaining traction through all types of terrain. While the compound is a secret, it goes without saying that BFG tested a host of tires before deciding which one worked the best for our machines. Add on a fancy but functional sidewall lug pattern and you have a tire that not only looks good but brings all the benefits of running a BFG product on your vehicle.

Since we launched this new tire in conjunction with BFG just prior to the 2015 Baja 500 we have been hit with lots of inquiries surrounding the new product. Many ask, why is this so important to you guys? Well, it simple, BFG is the first major company outside the UTV industry to take note of the importance and rise of the UTV culture as it pertains to recreation and racing. Thats huge in so many ways and shows how far we are coming along as an industry. Then again, why do you care so much, lots of companies are building products for UTVs? We care because sometimes it takes a big company like BFG to endorse a sport or niche before the general masses really give it the credit or attention it deserves. Now that BFG has initiated involvement we can all but promise that companies like Toyo, Falken, General Tire and others will follow suit. This brings not only better products but more name recognition, more sport credibility and more sponsorship dollars. 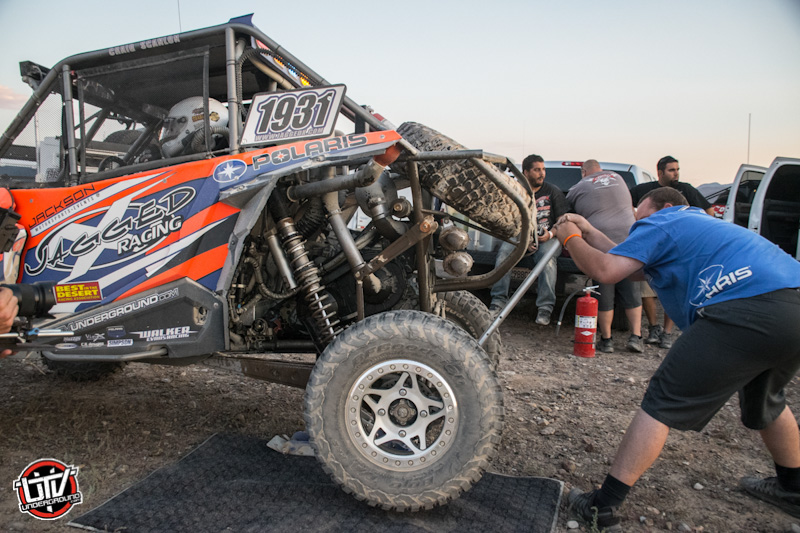 We explain it to many people like this, UTVs are the perfect gateway drug to off-road racing. Once you try it your hooked. There is no other rush besides perhaps going to war that will give you the visceral experience you get from off-road racing. And now because of UTVs it’s even more accessible than ever before.

The LT tire has not only spawned a new market in the UTV industry, it has also inspired wheel manufacturers to get involved and develop more wheels for UTVs. In addition, companies already involved are now also offering bigger wheels to handle the LT tires. Walker Evans Racing for example is a leader in UTV Wheels. They recently introduced a new 15” beadlock wheel for the UTV market and together with the BFG KR2 UTV tire make for the perfect racing set up. Hell, even if you are not racing you can run these with the assurance that this combo can take whatever you can dish out!

We could go as far to say that this tire is not for the average consumer, but then again, who wants to just be average? Its the perfect tire for anyone who wants additional ground clearance, added durability, improved curb appeal, and a name that everyone recognizes. Especially now with turbo editions coming out, more horsepower to the wheels means you need better tires. 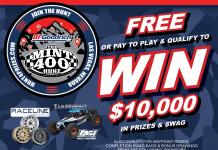