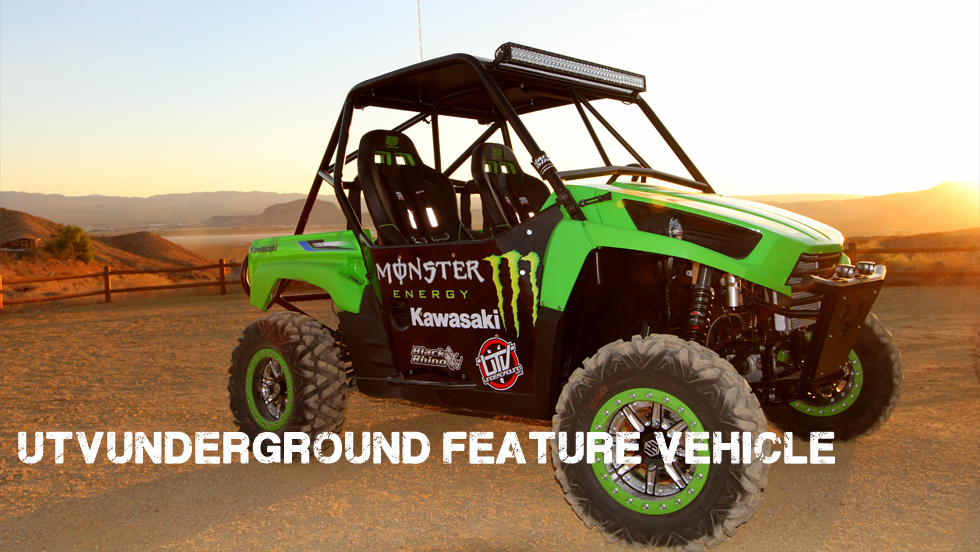 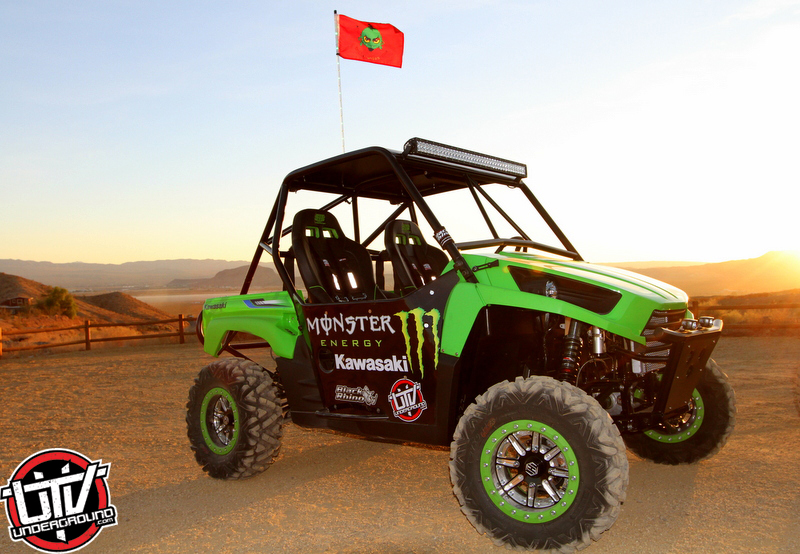 Kawasaki has been a great partner for UTVUnderground.com. We have had our hands on a couple Teryx demo units over the years and earlier this year begun building our very own Kawasaki Teryx 4 project vehicle which we will feature once completed. Usually we keep our demo units somewhat stock but this year we decided we wanted to build our demo Teryx into a machine that we could take and use anywhere, maybe even race it!? 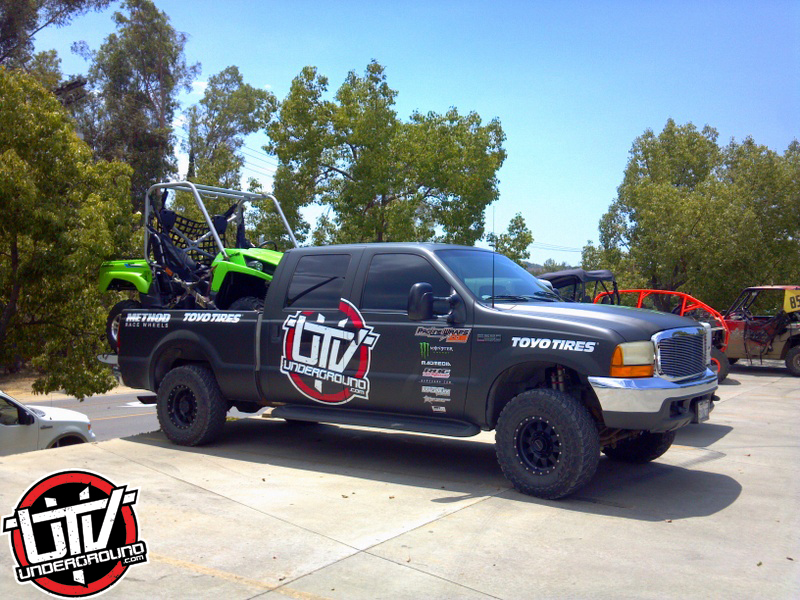 We picked up our new 2012 Kawasaki Teryx in August and before we knew it we were leaving it at the doorstep of our good friends at Black Rhino. Kenny Osborn and his staff at Black Rhino are amongst the best in retail, aftermarket, and UTV customization so it was without question that we would partner with them at some point on a build. Black Rhino has been with UTVUnderground.com as sponsors since day 1 so it was not only fitting but also about time that we worked with them on a project build. Steven Bell at Black Rhino would be the point man alongside us at UTVUnderground to complete this build and get it done in time to show off at September’s Sand Sports Super Show. Knowing how long builds usually take I had my reservations on it actually being completed in time but Black Rhino surprised the heck out of me and a lot of others when they knocked this project out in just 3 short weeks. It couldn’t have been done without some other awesome project and site sponsors and for them we are very grateful. 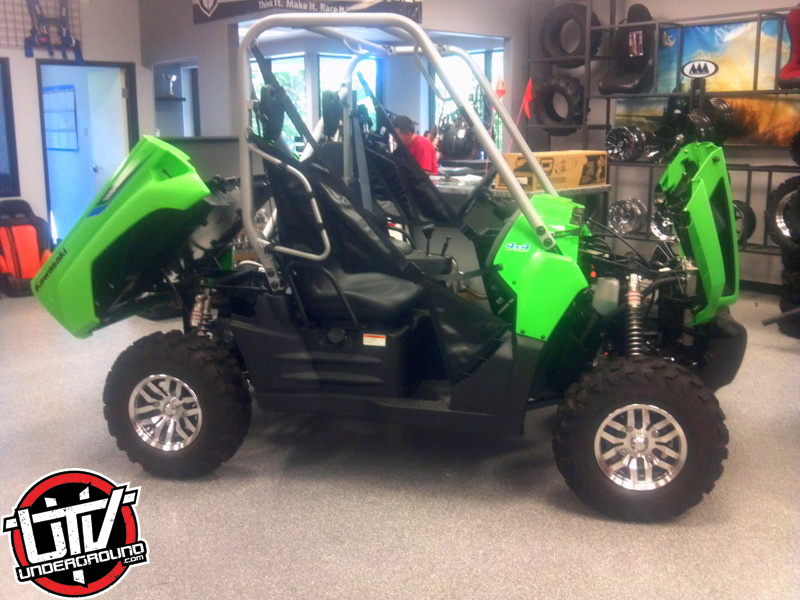 Our unit started as a brand new stock 2012 Kawasaki Teryx 750 4×4. The car was pulled almost all the way to the frame by the guys at Black Rhino to begin construction on the custom cage they had designed for it. The cage would be designed as a cross between play & race and would feature their own rigid half doors and panels. It includes a whip mount, aluminum roof, and ties into a race inspired rear bumper. The design also had us eliminating the rear bed which lightened the machine and made room for our rear shock tower that would be provided as part of the Xtreme Machine & Fabrication (XMF) long travel kit. The suspension kit is one of the most proven Kawasaki Teryx aftermarket suspensions in production having been ran and tested on some of the most successful race Teryx’s in the sport of UTV racing. As is the case with most of XMF’s race cars, our Teryx would be running their custom tuned Walker Evans Racing 8″ stroke shocks.  Walker Evans Racing built our shocks with the specs provided for XMF’s long travel kit which ensured a solid ride right out of the box.  These shocks are some of the nicest and well built shocks on the market! 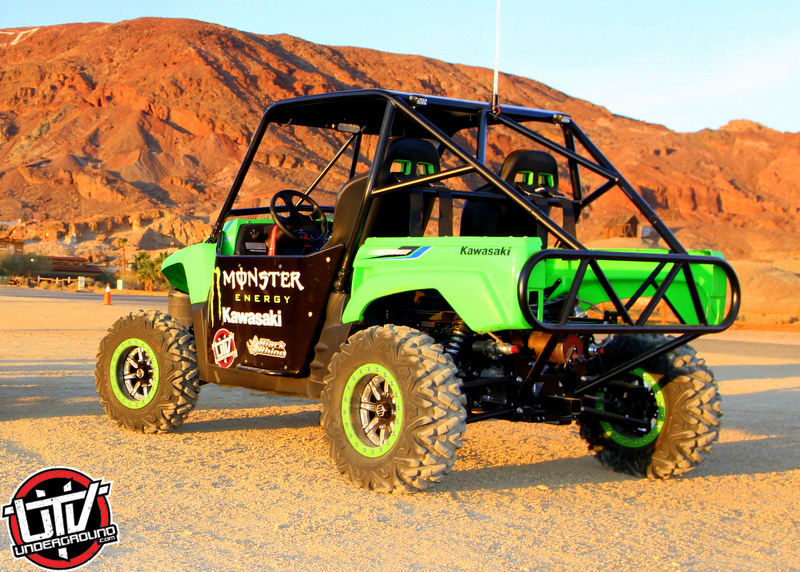 With the construction of the cage and suspension complete, Black Rhino moved onto the details of the build. Enlisting Twisted Stitch as our seat partner, the car would get a set of their Vortex seats. I was pleasantly surprised at the comfort of these seats the first time sitting in them. They look sporty and feel very plush yet secure when harnessed in. Holding us in place would be Simpson’s brand new D3 4 Point Harnesses. Simpson came strong with this new design which incorporates 2 shoulder pad pockets into the design. The latches are smooth and work perfectly. Black Rhino called on UTVUnderground sponsors Rigid Industries for lighting on this project.  Rigid is the LED of choice for Black Rhino and are also long time supporters of UTVUnderground.  a 40″ E-Series light bar would be mounted along the roof line while a pair fo the new Single Row Mini (SRM) lights would be mounted to the front bumper and to the back of the roof to be used as rearward facing back up lights.  Don’t be fooled by their small size, these mini’s put out a big chunk of light!  One of our favorite details of the Teryx is Black Rhino’s dash mounted gauge and switch panel.  The panel replaces the stock cup holders and provides Black Rhino branded tachometer, temp & voltage gauges as well as all of switches for the lighting and LED whip. The panel a detail that really sets the interior off.  Finishing off the details is the green LED Tribal Whip. People love these whips right now and its easy to see why.  When on at night its easy to see and when parked it produces decent ambiant light when on those night time runs. ProLineWraps.com finished off our machine with some panel graphics. We stuck with the Monster Energy / Kawasaki theme as we remain closely affiliated with both companies. The graphic wrap really finished it off. 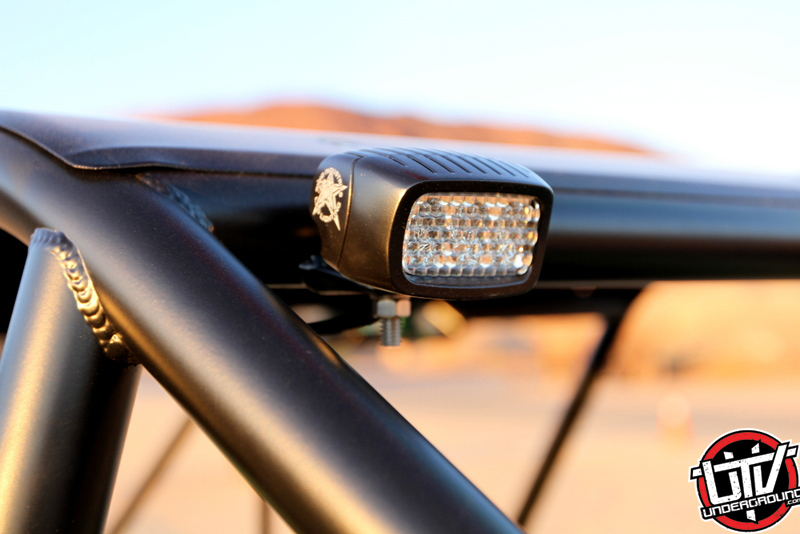 Only a few small performance details are left to be completed but as you see it here is how we anticipated it to look and to say we are pumped is an understatement. We took it to Calico Ghost Town for a weekend of fun with our friends at Kawasaki to show it off, of course it was a hit! We hope you guys enjoy it the same. Huge thank you to Black Rhino, they are not just a retail outlet with amazing pricing and service, they are also capable of building your ultimate dream UTV. They are a true one stop  UTV shop and they did a knock out job on our Teryx build. 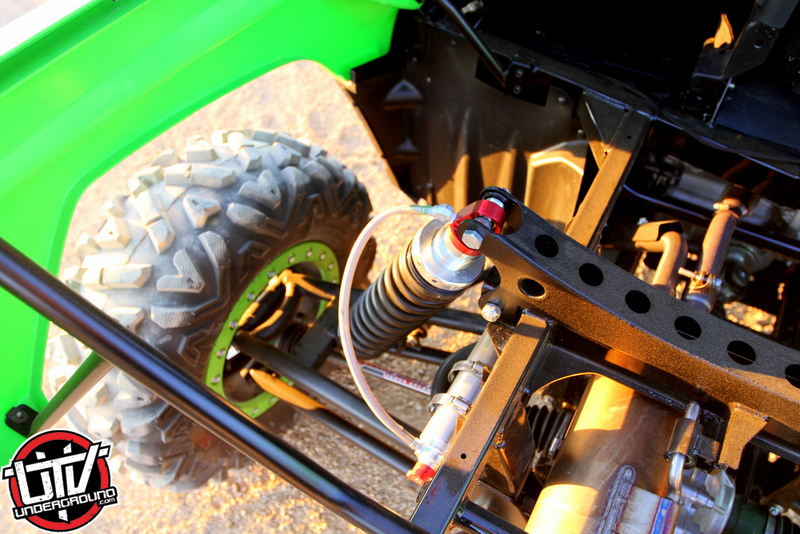