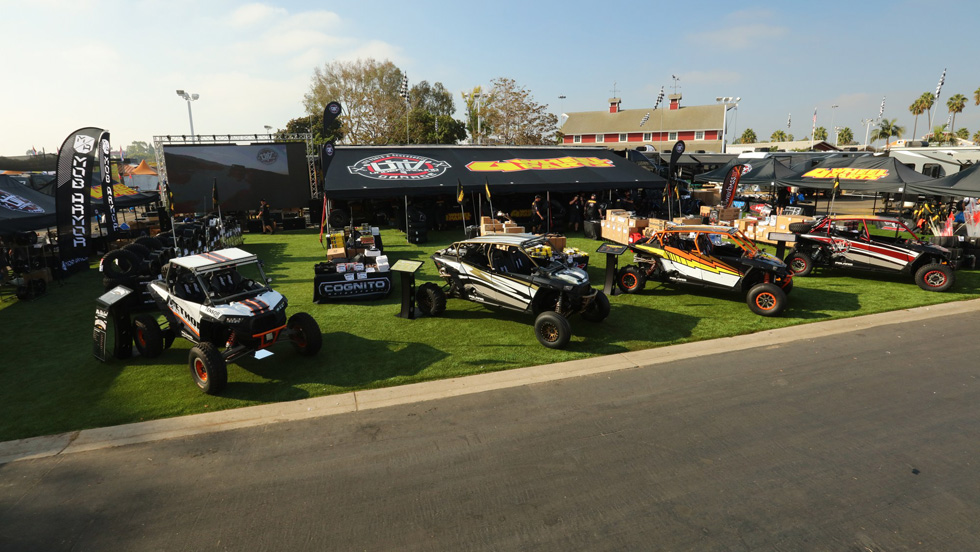 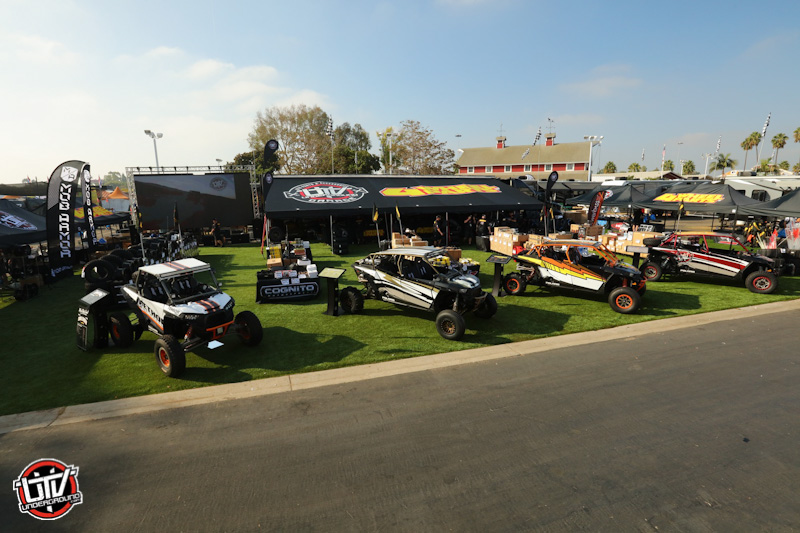 Costa Mesa, CA (09/18/2016) – The 18th Annual Sand Sports Super Show at the OC Fair and Event Center has seen a steady stream of people coming into check out all the new products and custom builds on display, which are now primarily UTV, which shows just how far the UTV industry has grown over the past few years.

Just over five years ago, the show featured mostly sand rails and dune buggies, this year’s event was primarily a UTV show with 90% of the displays featuring UTV builds and products. 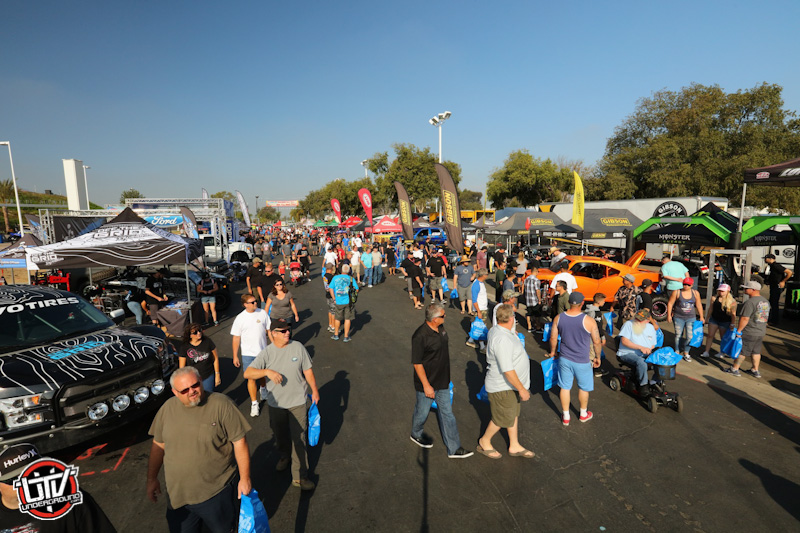 SDR Motorsports had our new 2016 Polaris RZR XP4 Turbo Build in its booth. SDR is a specialty manufacturer and vendor of the myriad UTV parts and accessories on the market and its RZR 4 demonstrated their attention to detail and fine workmanship. 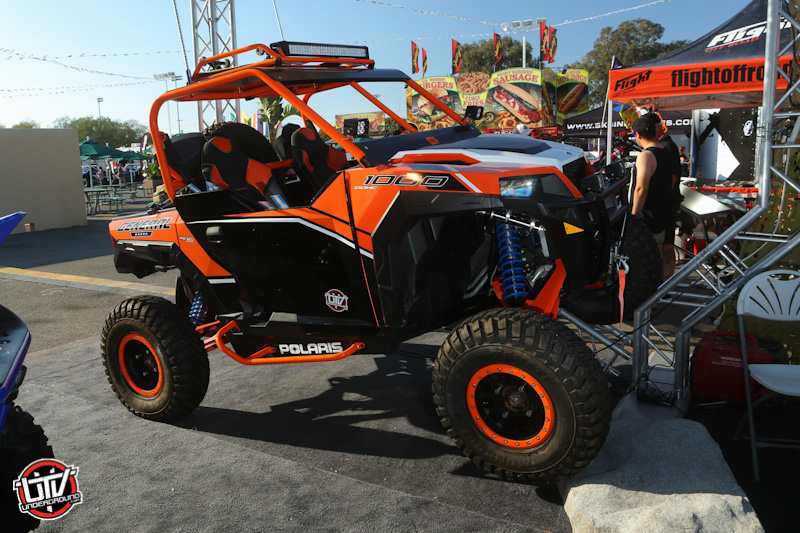 IMG Motorsports built up and featured our new 2016 Polaris General. The parts fabrication company showed just how far you can go with Polaris’ General.

Method Race Wheels, a stalwart manufacturer of UTV and off-road wheels, had a huge booth setup with several UTV builds featuring its wheels on display including our 2016 Polaris RZR XP Turbo which we outfitted with Method 401 Sand Sector Bead Locks and NEW CST Sandblast Tires.

Magnum Off-Road showcased its fabrication prowess with several builds on display. Magnum’s roll cages are some of the best looking in the industry and their new Crimson Ghost RZR XP Turbo could be the baddest RZR we have ever seen.

RJ Anderson’s new 2017 Polaris RZR XP1K4 was the talk of the show. Showcased in the Rigid booth, the new ride will be featured in a film premiering at Camp RZR in October. Its very special for us here at UTVUnderground.com to have the ONLY customized 2017 RZR XP Turbo in the show!

Proline Wraps showed why they are the go-to graphics company. Most of the builds on display featured Proline’s graphics. They outfit UTVUnderground machines with the best graphics in the industry.

Engine manufacturers DASA and Sparks were here, showing everyone in attendance where power comes from in this industry. DASA also unveiled its new turbo system for the Yamaha YXZ1000R.

Long Travel Industries took a page from the past here. They outfitted a UTV to look like a vintage custom car which was cool. They also had a new Yamaha on display they built for a UTVUnderground.com member. 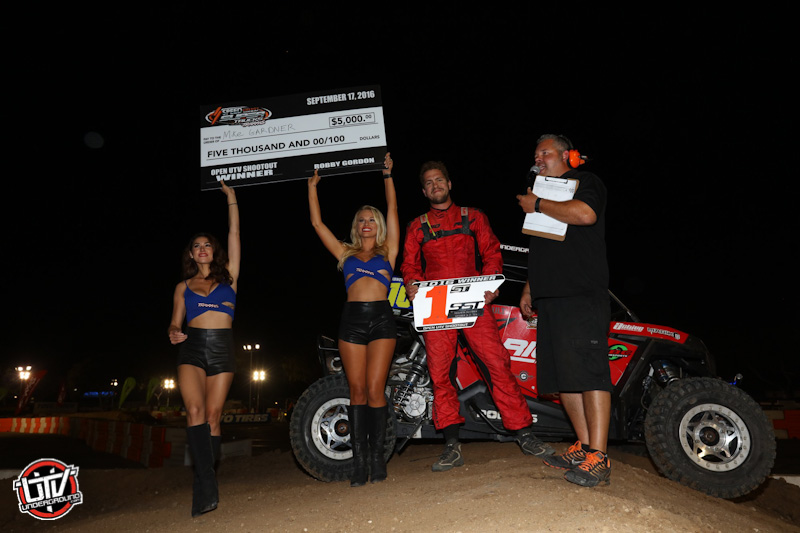 The day wrapped up with a special SPEED Stadium Super Trucks UTV racing event on a combined asphalt and dirt course. Several competitors from the WORCS Off Road Series shuttled over from the WORCS race at nearby Glen Helen Raceway and they dominated. In the end, UTVUG Race Team member Mike Gardner took the checkered flag from the pole in front of several thousand spectators and cashed a check for $5,000 for the victory in his Polaris RZR XP1000. Sheldon Creed, another long time friend of UTVUnderground.com would win the SST trucks race. Our condolences go out to Robby Gordon who suffered the loss of his Dad and step-mom just prior to the start of the Sand Show last week. He remained strong and still came out to race and work on the launch of the new Arctic Cat Wildcat X with RG Pro Suspension.

Qualifying was held on Friday and the field was inverted for the 20-lap main. Gardner and fellow WORCS racer Chris Mills battled wheel to wheel for the second half of the race. Mills had started on the second row. Myles Cheek was third.

The Sand Sports Super Show continues to grow and flourish, as does the UTV industry. UTVUnderground is privileged to be a part of it.