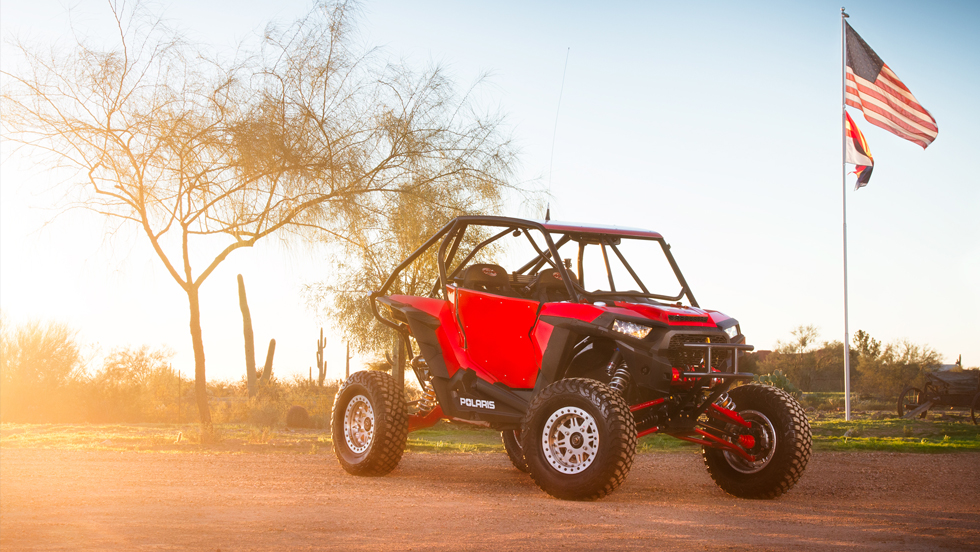 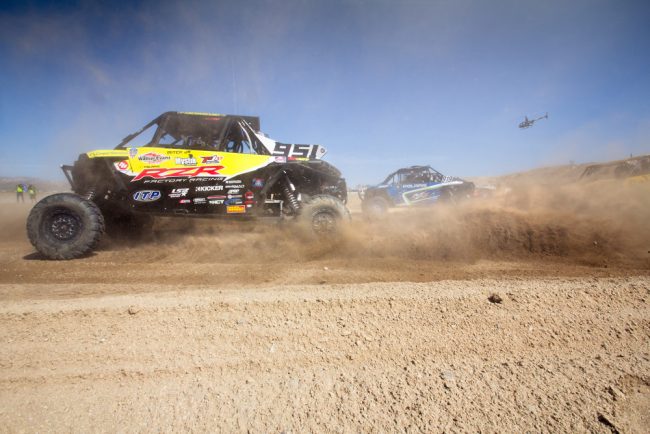 It is difficult for one to put into words the stories of perseverance and passion that the off road community displays during a season. I have compiled some of my personal favorite photographs and stories from this year. With this being my first full season covering many of the Best in the Desert and Lucas Oil Off Road series events I have Joey D to thank for giving me opportunity. I am grateful to the off road community for embracing my work and welcoming me into the family, now lets get started.

I was introduced to Jessy Nelson by my buddy RJ Anderson, I met them at Lake Elsinore Motorsports Park  to take some photographs of Jessy getting behind the wheel of a Polaris RZR for the first time. Jessy Nelson is no stranger to off road being a professional motocross rider backed by Troy Lee Designs/Redbull /KTM. However in late 2016 Jessy’s life would change forever suffering from a terrible crash that would leave him paralyzed from the chest down. Through all his recovery efforts Jessy missed riding and being out in the dirt. RJ Anderson and Jessy Nelson have been friends through Troy Lee Designs and RJ offered putting him being the wheel of a Polaris RZR. Holz Racing built a hand control Polaris RZR that he could practice driving. Hearing Jessy’s story and seeing his eyes light up behind the wheel was a story and moment that inspired me greatly, that I will never forget.

The  first race of the 2017 season was GMZ Winter Nationals in Parker, AZ. The weather was cold with puddles covering the course from the rain the nights before. With the course littered with ponds every where it was interesting to see how many of the racers faced that obstacle. The photo below is a personal favorite of Craig Scanlon ever so slightly hitting the puddle counter steering with his co driver Keith throwing up the peace sign!

Next was an event like I have never experienced before, King of the Hammers. I was asked to come document the race and do a couple features of Joey’s immaculate builds but I had no idea what was waiting for me in Hammer town. Being it my first King of the Hammers ever I never would of never imagined how the desert could be transformed into a small city for a week of racing it was like utopia. Joey threw me the keys to his newest build “Cinderella”  to drive around and take photos; so what did I do?, pinned it and headed to the rocks! See the full “Cinderella” shoot here.

However during the race I was driving around in The General from spot to spot which lead me to the infamous “back door” , a huge rock step off in the race. This location in widely known for flipping your vehicle. With Jason Weller of Weller Racing stuck heading down back door Casey Currie got caught off balance trying to take the high line around them and rolled into the Weller Racing UTV where Jason had to try and take cover behind the UTV.

Last years champion Blake Van De Loo was a favorite to win and this was one of my popular photos of Bake choosing a tight line and letting the sidewall of his BF Goodrich tires catch traction on the rock. I first met Blake Van De Loo earlier in the year doing a story for Joey which you can read here. Blake took me in as one of his family members and showed me a great time giving me the history of how he got started racing and showing me his shop where he builds all of his Polaris RZRs. My last night there Blake threw me the keys to the 2016 KOH winning Polaris RZR to go on a sunset ride to an abandoned mine with him and his family. I can not thank Blake and his lovely wife Monica for showing me such a great time and welcoming me into their family.

Having heard so much about UTV World Championship from Blake I knew I could not miss this race. This annual race is held in Laughlin Nevada where UTV’s can be seen taking over the city. The day before I had gotten a call from RJ Anderson that he will be testing his Polaris RZR for the Method Race Wheels short course race so I drove over to the Anderson Compound to meet up. We went on a short ride and found this good lip to send it next to the highway. This shot was technically difficult to capture, I had my Intefit S1 Strobe placed on the drivers side so when captured you could see RJ in the cabin, we nailed it.

That day I received some exciting news from RJ Anderson that our friend Jessy Nelson would be coming to the race. Not just to watch, but the good people at Polaris RZR wanted to present Jessy with a brand new Polaris RZR built by RJ37 Off Road. During tech and contingency RJ Anderson and the Polaris Family welcomed Jessy to contingency with a large car cover covering up what seemed to be a vehicle. Not known to Jessy’s knowledge RJ , Troy Lee Designs and Craig Scanlon presented him with his own custom built Polaris RZR. Pure emotion came over his and his fiance Emily’s face not believing what they just heard. They both got into the RZR and embraced each-other living in this moment.

When it came to the race I loved this shot of Rhys Millen coming straight into me with his custom Rhys Millen Motorsports Polaris RZR.

One place I did set up a remote camera is at the first corner of the race knowing there are a lot of roll overs and crashes there. A remote camera is a DSLR camera that is controlled via remote control,  I set the camera on the inside of turn one.  Although the camera was in an dangerous spot I decided to roll the dice. I got these cool wide angle shots of the drivers taking the inside line, this is  Mitch Guthrie Jr. and Brandon Schuler. Thankfully no one rolled over into the camera.

This race was not only special for Jessy receiving the Polaris RZR but for RJ Anderson as well. This was his chance to win this race that has been haunting him for the past two years without any first place finishes. This race was judgement day. RJ got the hole shot and kept his lead throughout the race. I received news over the radio that RJ was in the lead and just needed to cross the line. I knew I could not miss this moment knowing how important this race was for RJ so I ran to the podium. RJ drove up on the box jumped on the roof grabbed the champagne and celebrated finally achieving the win.

Maybe one week goes by after the race and he already wanted to go out for a ride in his new RZR, so I drove up from San Diego to meet up with him at a local spot to ride. The spot was filled with nice berms and jumps and Jessy clocked in and put that RZR to work like a veteran.

I am a Polaris RZR fan from day because of Blake Van De Loo, but after I had witnessed and photographed this master piece by Rob at RJ Fab my mind started wandering towards Can-Ams. I photographed and wrote the feature of this story which you can see more photos and read here.

Vegas to Reno is my personal favorite race of the year because it was the first ever desert race I photographed one year ago. I fell in love with the adventure finding the best spots and chasing the race, I was hooked after that first race. Below are a few of my favorites from some cool spots during the Vegas to Reno race. Their was a low tunnel that many of the drivers had to go through and with some of the rracers with their headlights on I wanted to get a dramatic silhouette of them coming through the tunnel. For the few like Brandon at Dezert Bound Racing I captured them silhouetted. After the tunnel the racers would face some big rocks as if we were back in hammertown.

Throughout the year I also photographed some of the Lucas Oil Off Road series  and I will be committing to the full season this coming year. This is probably the “luckiest?” photos I have taken with respect to being at the right place at the right time. During the last race of the year in Chandler, AZ. driver Mickey Thomas would rip his off his wheel during a hard landing which then flew right in front of the soon to be series champion Brock Heger. 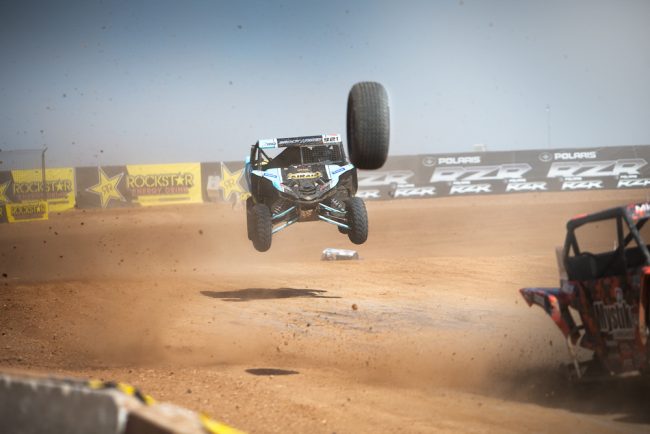 The year flew by and it was already desert season, which meant another Camp RZR. Unfortunately I could not stay the full weekend due to another race commitment but I still went out. I met up with RJ Anderson, Mitch Guthrie Jr. , Doug Mittag and Jarett Brooks to go out and shred some dunes and have a good time. Glamis sunsets do not disappoint and neither did Mitch Guthrie Jr. sending it big during the sunset. Although I missed the whole Camp RZR experience I still had a blast from the riding to the partying, which you can watch more from my video here. 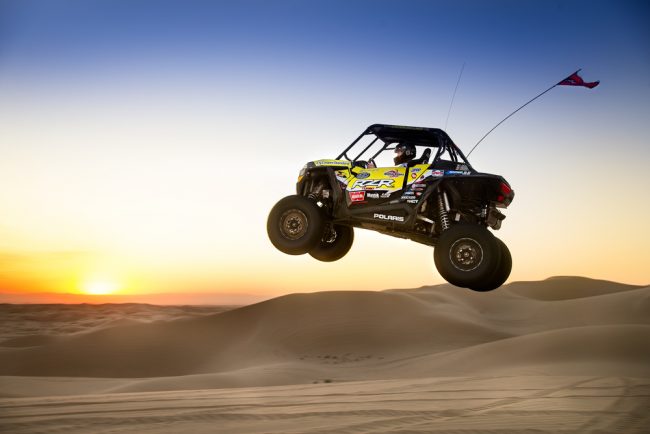 Well thats it! It is hard to fit a years worth of memories into a single post but Joey is limiting me, haha. These were some of my most memorable moments of the year that I will never forget. Thank you to Joey D at UTV Underground for bringing me in and introducing me to such a great community and trusting me with capturing these moments to share. Thank you to everyone that likes the work that we produce.

See you all this coming year! 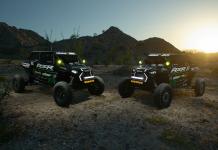