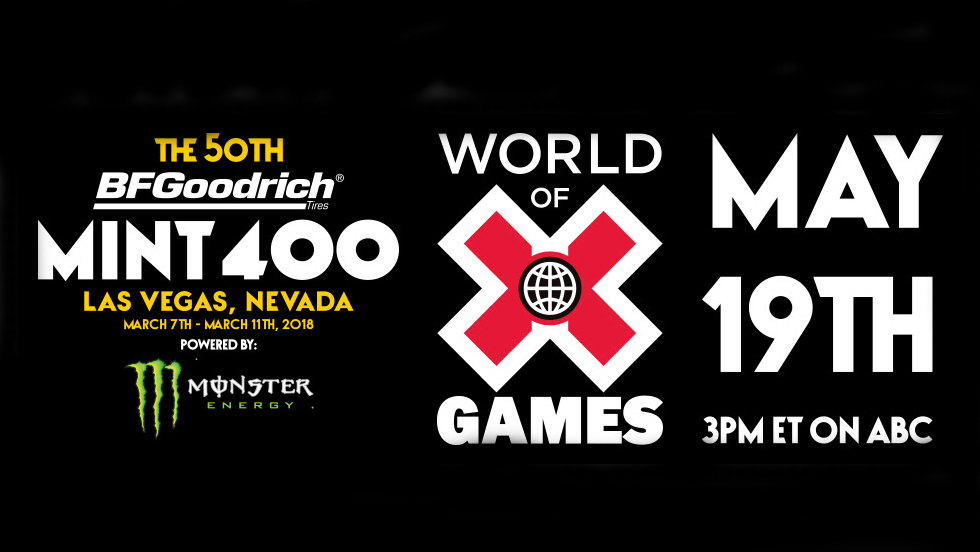 The BFGoodrich Tires Mint 400 powered by Monster Energy television show airs on ABC’s World of X GamesMay 19th at 3pm Eastern / 12pm Pacific. Watch 400 of the world’s top off-road racers wage WAR during the most grueling and challenging race of the year. See BJ Baldwin, Bryce Menzies, Rob MacCachren and more go door to door and battle each other and mother nature. You won’t want to miss this special program, the BFGoodrich Tires Mint 400 powered by Monster Energy.  Visit themint400.com or check your local listings for ABC Sports. 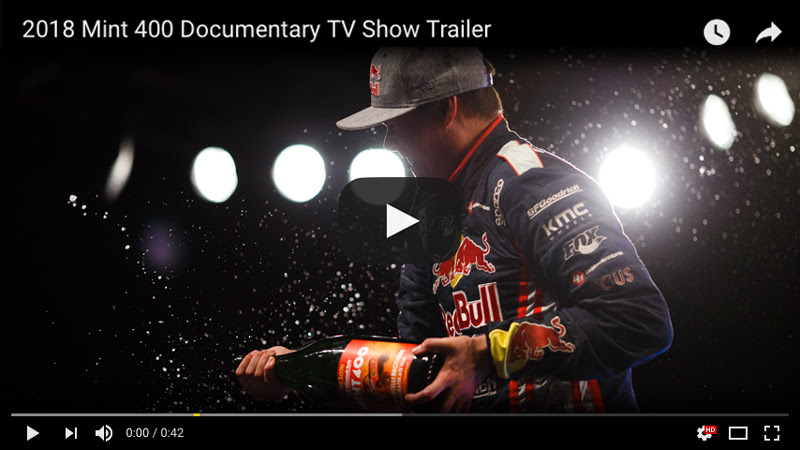