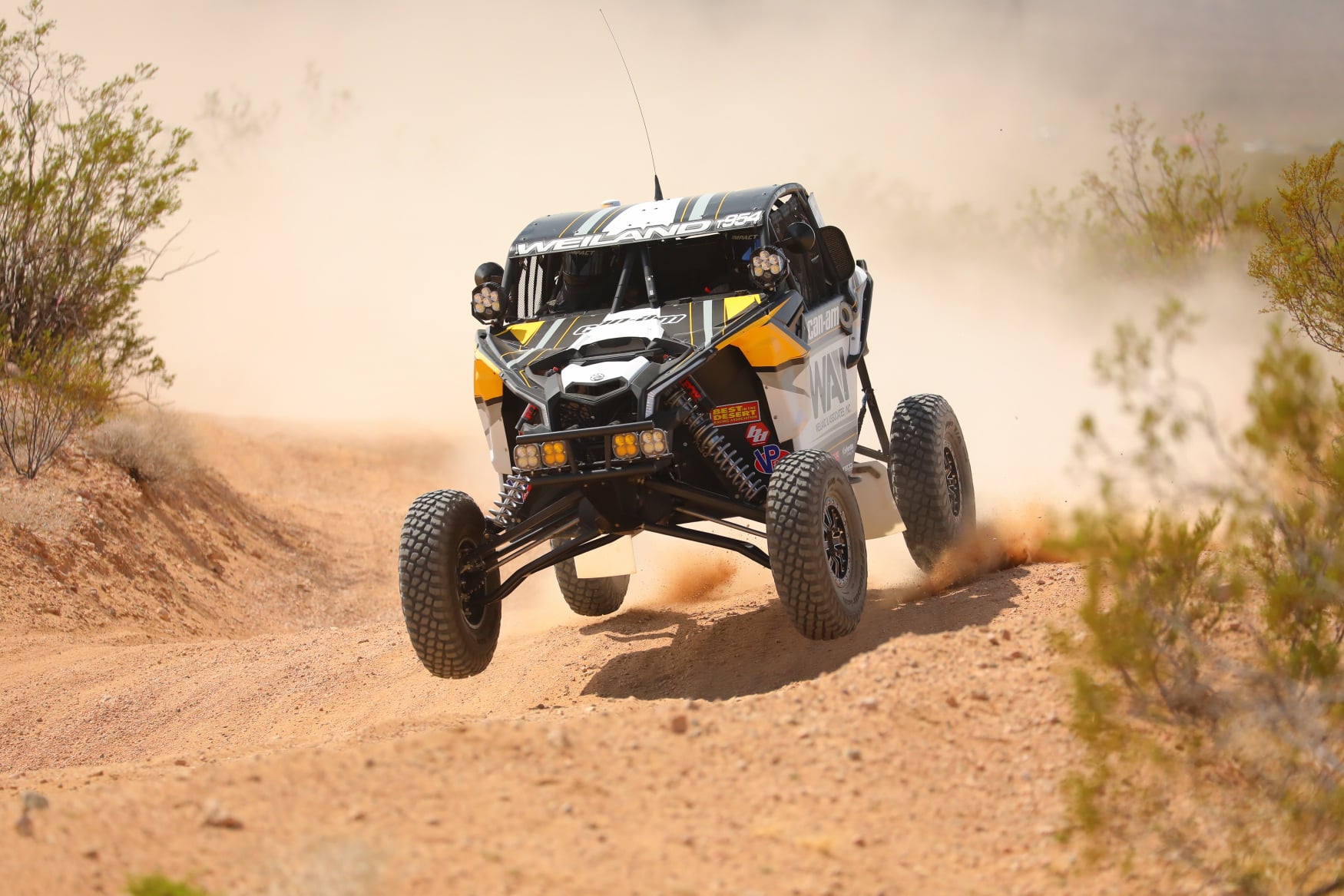 In a race that was always due to have major championship implications, Austin Weiland played spoiler to the top names in UTV Pro Turbo by taking the checkered flag at Best in the Desert Vegas to Reno on Friday. With a time of 8:49:43.434, Weiland crossed the finish line just over three minutes ahead of title contender Dustin Jones, with Branden Sims completing the podium in third.

The results threw an intriguing wrench into a compelling title chase, which had seen Phil Blurton lead Mitch Guthrie Jr. by nine points in the standings coming in, and Ryan Piplic, Jones, and Vito Ranuio within striking distance in the top five. A rare DNF for Blurton opened the door for some big gains for his competitors, and Guthrie (fifth) and Piplic (eighth) joined Jones in taking advantage. 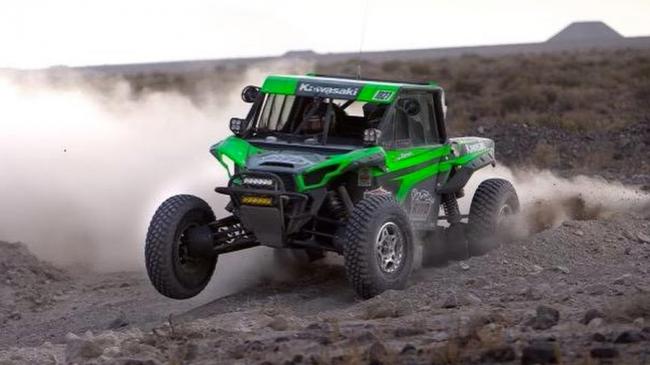 It was a similarly championship-altering story in the UTV Pro NA class, as the entire podium was comprised of racers well outside of the top 10 in the championship. Carson Wernimont, who won the season-opening Parker 250 but didn’t finish the Silver State 300, took the victory by a less than two-minute margin. JD Marsh and Dodge Poelman, who each missed the Parker race, took second and third, respectively.

Six of the top seven in points coming in—including the entire top five of Austin Bolton, Kaden Wells, Corbin Wells, Josh Row, and Aaron Clark—all fell out of the race, making 18th place Angie Mitchell the top incoming driver to get to the finish line. 15-year-old Dallas Gonzalez’s top-five finish allowed him to make a significant jump up the standings from an incoming eighth place. 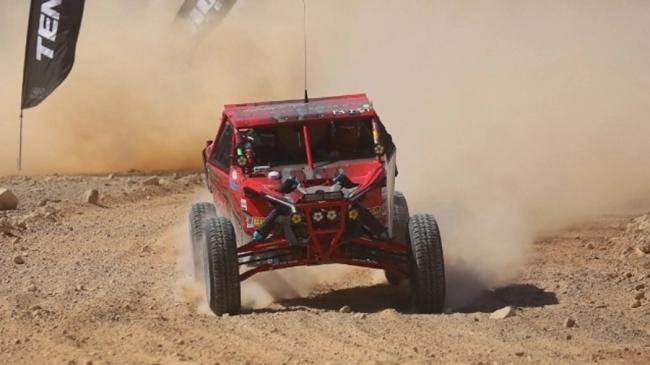 In fact, if you were going by points as a predictor for who’d run well on Friday, the UTV Pro Unlimited race was as close as it got. The incoming top four of Chris Blais, Randy Raschein, Michael Isom, and Jim Beaver were closely matched all day, with the winner in doubt more than once. In the end, Raschein would beat Beaver by just under two minutes, with Isom taking third as Blais suffered a heartbreaking fuel pump issue not far from the finish line.

During the event, a UTV racer was struck by another competitor after exiting his vehicle and later succumbed to his injuries. UTV Underground sends its condolences and best wishes to the racer’s loved ones and friends.

Two rounds remain on the 2021 Best in the Desert UTV calendar. The UTV Legends Championship takes the series back to Laughlin, Nevada on September 9-12, while the BlueWater Desert Challenge wraps up the campaign in Parker, Arizona on October 29-31.