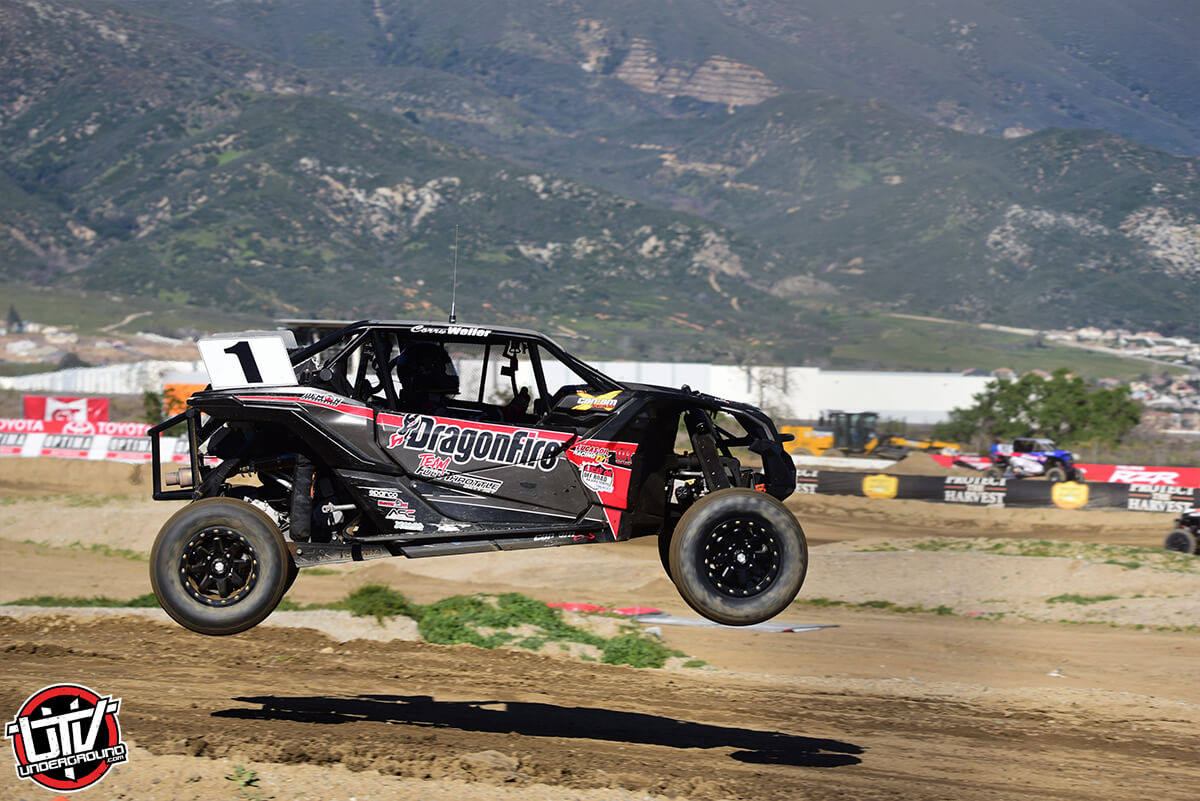 Saturday night may have marked the start of a new season for the Lucas Oil Off Road Racing Series, but for the Turbo and Production 1000 UTV fields, it was more of the same on top of the podium.

Defending class champions Corry Weller and Brock Heger took the victories from Glen Helen Raceway in the season-opening General Tire SoCal Shootout presented by K&N Filters. Weller clawed her way through the field with an aggressive drive toward the front in the middle stages of the Turbo race, while Heger took the lead from Nathan Barry on an early restart and never looked back to win the P1000 event.

“This is cool—my last two years in this class, I never got off to this good of a start in the first round,” Heger said from atop the podium. “Two years ago I think I was seventh in the opener and last year I got third, so it’s very cool to come off with a win. The guys have been working their butts off to get this car ready. We didn’t come in with a lot of testing, so I’m pumped.” 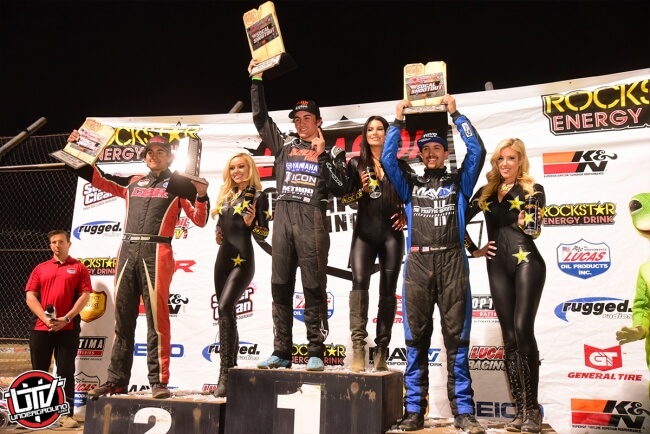 Heger may have started the P1000 race sixth, but he had already passed four cars before Mia Chapman flipped, leading to an early caution. Thanks to a great restart, Heger would hold the lead for a majority of the race, as most of the event’s best battles happened in the lower portion of the top five. In the end, it was Brandon Arthur who secured the third and final podium spot, making up for a disappointing DNF in the Pro 2 race less than an hour before in a vehicle that had never raced before.

“It’s definitely not expected,” Arthur admitted. “We got the car at Thanksgiving, went out to the desert and had some fun with it, and then we decided to build a racecar and come out here to go racing. We got the car finished last week, and this was the first time it hit the dirt since we converted it. It’s been one heck of a weekend for us, but we’re happy to be out here.”

In the Turbo race, multiple early incidents kept the field closely bunched, including a rollover by Bryan Foerster that led LOORRS officials to cancel the competition caution that normally comes halfway through the event. After the restart, Weller pressured Anderson for the top spot on the podium, and the two made contact heading into the final corner. As Anderson bounced off the outside wall and eventually fell to third, Weller claimed the top spot, and she never looked back. Chance Haugen finished between them on the podium. 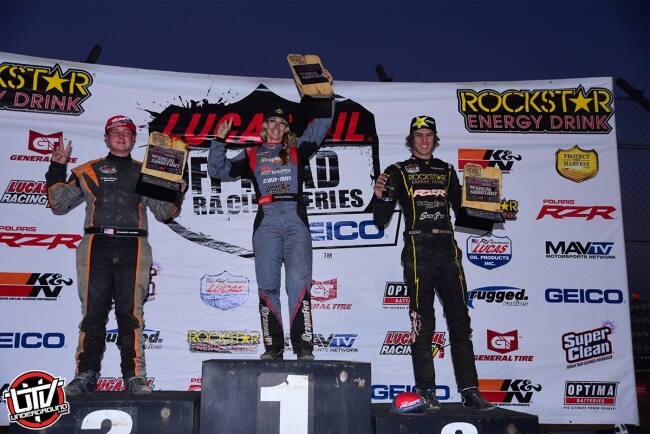 “That was probably a little messier than I like to run,” Weller admitted. “But they called the mandatory yellow after three laps, and I realized, ‘I’ve gotta go!’ I knew we had a fast car, but we also have a very fast field this year. Last year, this was an introductory class, but this year, everybody’s here and getting their setups down, and it’s going to be so much harder to get on the podium.

“I saw (the gap), went for it, and had to get it then, because if I waited too long, I was just going to be stuck in the back. We had a really fun race—it’s always a good time out here at Glen Helen.”

Check out our exclusive gallery from Glen Helen below!