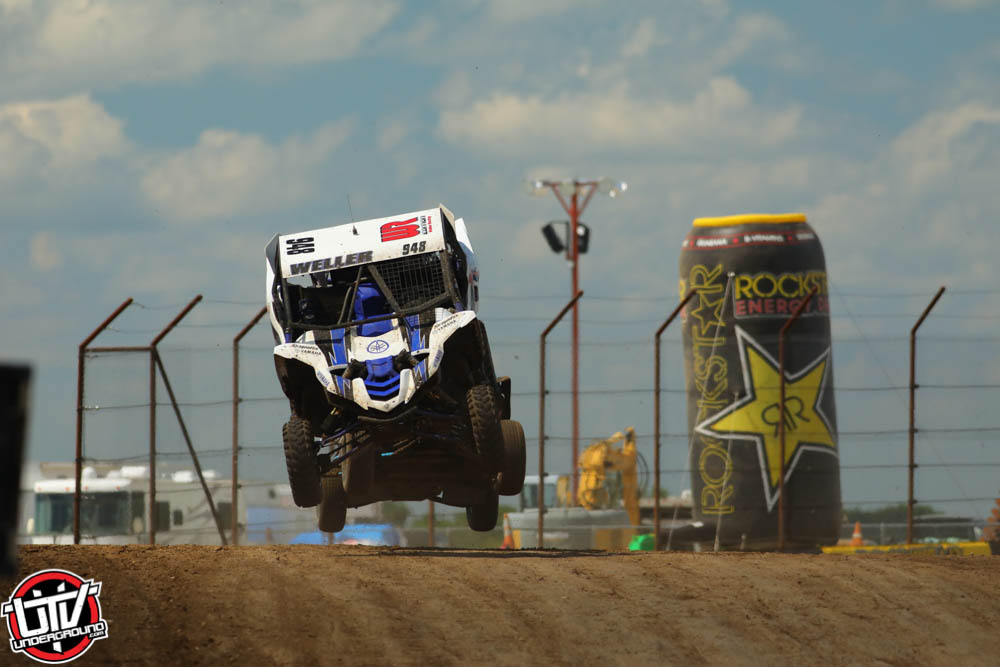 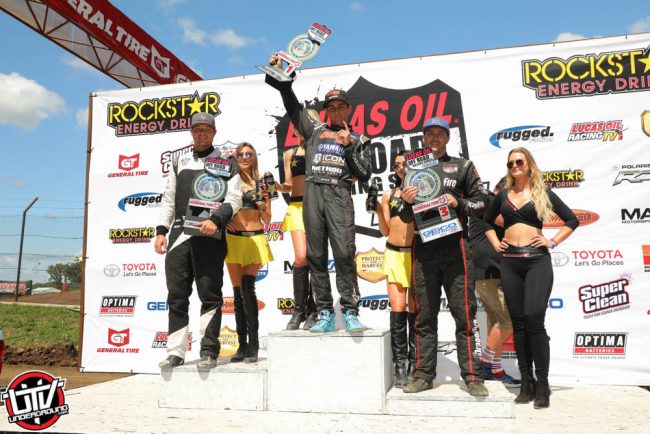 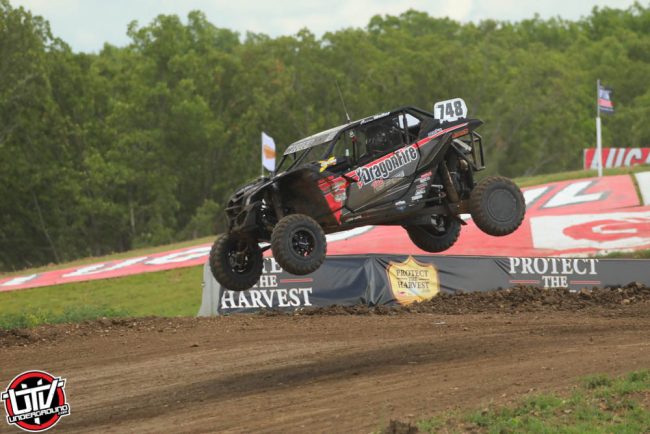 The two-day, two-round event was held on the technical 1.2-mile Wheatland off-road track that features one of the most driver-centric layouts on the tour. The event allowed both West Coast and East Coast drivers to compete. While Saturday’s events were run in perfect conditions, hard rain on Sunday forced the team to contend with heavy mud.

In the UTV Production races, Heger dominated in his Weller Racing built Yamaha. On Saturday he took the lead early in the event and held the point to the finish. On Sunday, he took the muddy conditions in stride, taking the lead on the first lap and he wasn’t seriously challenged for the duration of the race. 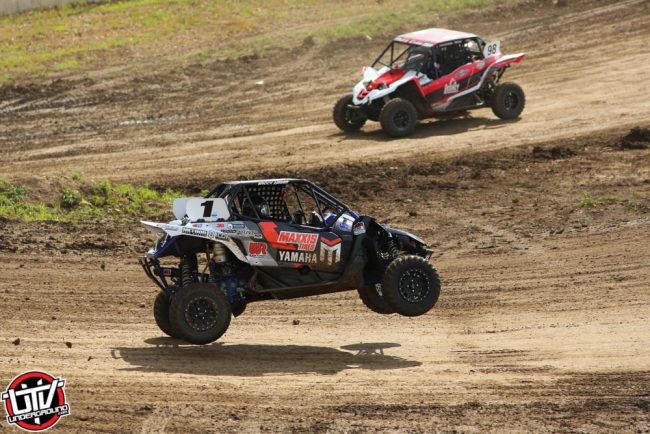 “I’m pumped that we were able to sweep the weekend and get the points lead back,” said Heger. “Having that #1 plate is something I want to back up and I want to keep it, so I’ll be pushing to stay that number one guy. I want to give a huge thanks to Weller Racing. They built the car from the cage to the motor to the tune. They gave me one super-fast car.”

Jason Weller finished third in Saturday’s Production race in his Dragonfire Racing / Full Throttle Battery backed Yamaha and continued his climb to the top three in points. With slick conditions early in the race, Weller relied on the superior grip of his Maxxis Ceros tires. 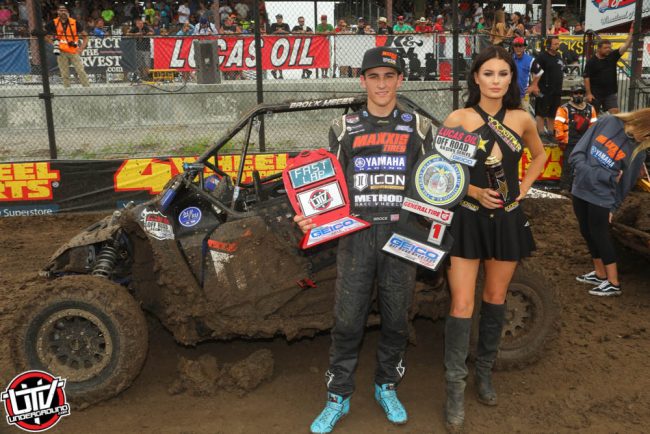 “I gained on my points gap to third and I’m gaining on second,” said Weller. “Corry and Paul should be tied right now for the lead in their class, and Brock won both days in Prod 1000, so it was an awesome weekend for Weller Racing.”

O’Brien and Corry Weller have had a great battle all season in their Can-Am Maverick X3s, a rivalry they definitely brought to the track this weekend. In Saturday’s Turbo Class race, O’Brien snuck inside Corry Weller on a last lap restart to take second, while Weller would wind up settling for third after earning fast qualifier and battling for first most of the race.

Corry Weller was again fast in her Dragonfire / Full Throttle Battery backed Can Am, and she relied on her Weller tune,  Maxxis Tires and Fox Shocks to bring her to the front. 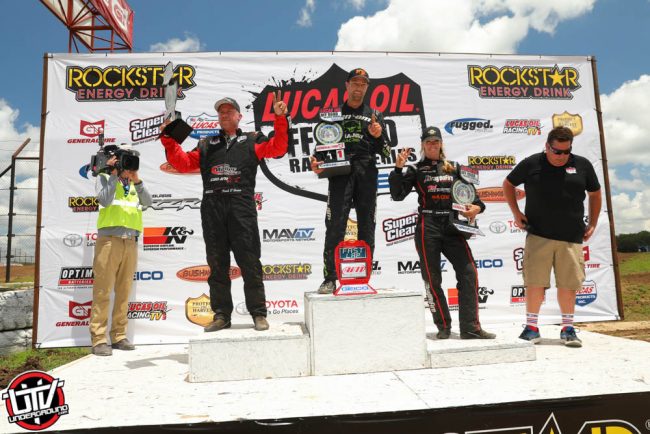 “The key to the Can-Am is setup,” said Weller. “They use a trailing arm style rear suspension and we’ve nailed the setup on these for cornering as well as jumping on these short course tracks.”

She too enjoyed the friendly rivalry with O’Brien, as well as with the East Coast racers. “It’s always fun to see where you stack up with guys from other series,” said Weller. “I’ve watched Kyle Chaney and Tim Farr in the TORC Series. I knew they were fast and Paul’s been my competition all season. It turned into a great battle and it didn’t disappoint.” 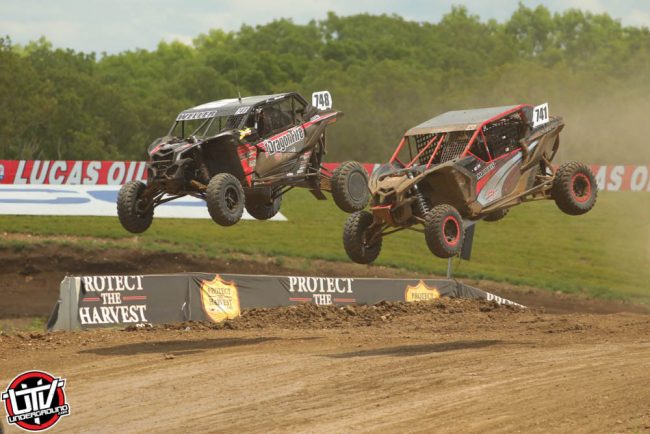 The Weller Racing team will be back in action as the Lucas Oil Series heads back toward the West Coast for the next race at Wild West Motorsports Park in Sparks, NV. The single-round race is scheduled for July 21.