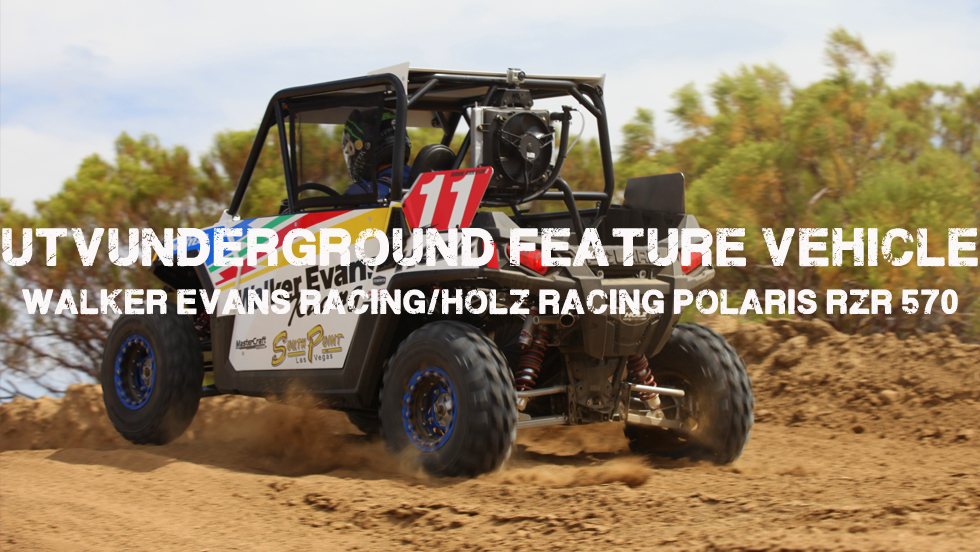 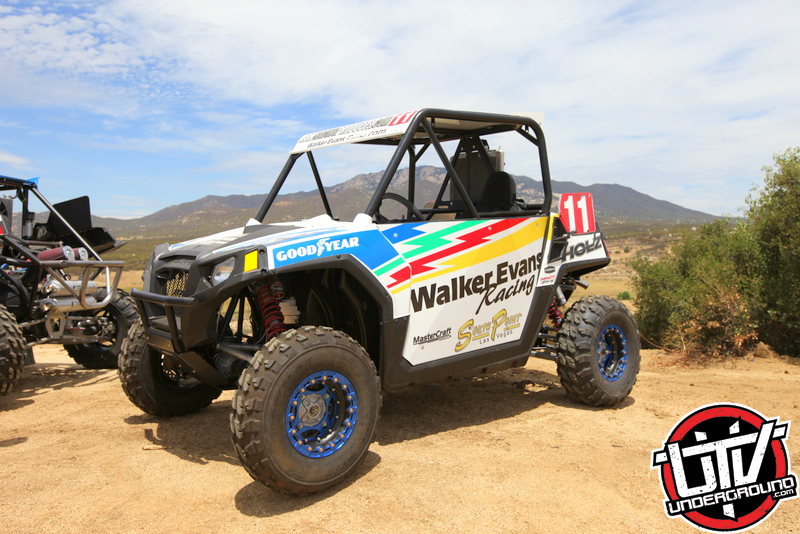 Walker Evans Racing & Holz Racing Products have partnered once again to create yet another race inspired Polaris RZR masterpiece. This time they started with Polaris’s newest RZR platform in the 2012 RZR 570. Built to compete in the 2013 WORCS Racing Series, Walker Evans Racing and Holz set out to build the ultimate RZR 570 for the Production 700 class. The 570 build was done as a surprise to Ronnie Anderson, son of Walker Evans Racing’s Randy Anderson and younger brother to the now well known RJ Anderson. Not a bad first UTV to have to go race with!  Ronnie, while young, is not new to off-road racing. Having grown up around it his whole life and most recently having watched the success of big brother RJ Anderson, Ronnie himself has also been racing a Trophy Kart in the Lucas Oil Off-Road Racing Series for the past few years. Now Ronnie will get his chance at racing at the largest UTV racing series on the west coast in the WORCS racing series in one of the most competitive UTV classes around. To compete he will need a reliable and properly outfitted machine and this new RZR 570 is certainly up to the challenge.

Polaris introduced the 2012 RZR 570 as an affordable option to the ever growing market of recreation UTV’s. You can buy a brand new RZR 570 for around $9000.00 and with a couple more thousand invested you can have a machine like you are seeing featured here. Earlier this year UTVUnderground.com delivered our 2012 RZR 570 to Cognito Motorsports to be built along this same premise of affordable fun. What has resulted from the build is a championship caliber machine battling for the points championship heading into the final round of the WORCS series in Production 700. With Cody Rahders behind the wheel we have shown that the RZR 570 is a legit machine for competition at WORCS. Now Walker Evans Racing and Holz Racing Products have set out on their own build in hopes of bringing themselves yet another UTV racing championship with this whole new platform in 2013. With their experience and their solid sponsors and partners everyone in the class should be very aware that when Walker Evans Racing & Holz Racing come to play, they come to win!

UTVUnderground.com was fortunate enough to see the new Walker Evans / Holz RZR 570 in its first action on dirt while we were filming for our latest RZR video project. To say we were impressed would be an understatement. With no real test time the 570 out of the box looked dialed. It hit the biggest jumps that Anza’s Cahuilla Creek MX Park had to offer and flew through the turns with ease. What was equally as impressive was the way the younger Anderson wheeled the 570. He looked like his big brother behind the wheel the way he fearlessly hit the jumps and drifted the low and light weight UTV around the berms and turns. This 570 also appeared to be very quick and had plenty of snap off the bottom end thanks to famed engine tuner Kevin Kroyer of Kroyer Racing Engines. Kroyer has played engine prospector to the Walker Evans Racing & Holz Racing teams for many seasons and has helped power the teams to many 1st place finishes. The Kroyer name alone strikes fear amongst competitors and instills confidence amongst those lucky enough to have his power beneath the skinny pedal of their machines!

We look forward to seeing this new machine on the track and in competition!

Wheel Base: +2” Longer over stock