Home All Stories News Will 2017 Be The Best Year Ever for UTVs? 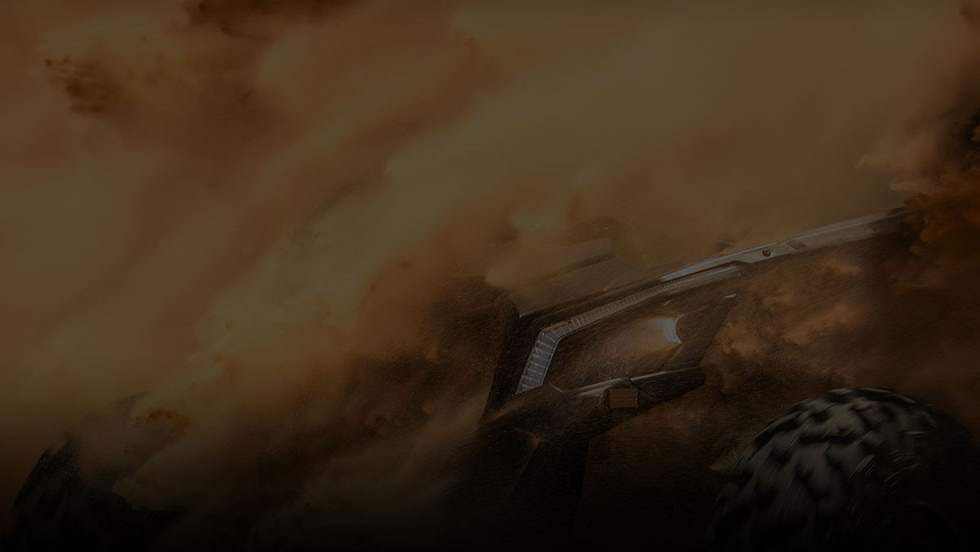 It seems as though we try to muster up some debate and speculation at least once a year on the forum surrounding new vehicle releases. Its fun to see the debate, the speculation and the discussions surrounding what may or may not be released. It has also becoming increasingly more difficult for OEMs to keep their secret machines hidden from the public. This desire from the community to be the first to know (and then tell everyone) has certainly made the OEMs jobs more difficult in preventing leaks. Nothing proves this more than the most recent leak of the new Can-Am X3 slated for release this month on August 16th. Heck, even one of their star athletes shared a photo that has since been pulled down and a full image of the vehicle has made its way across the internet taking some of the anticipation away. With that said, a little image here or there in many ways only increases the hype and even though we have now seen what the machine looks like it still doesn’t mean that everyone won’t be waiting by their computer screens on the 16th to see exactly what the X3 entails.

We have enjoyed watching and participating in the growth of the industry the past few years. It has been great to see Yamaha get back into the fold with the YXZ1000R along with their Viking and Wolverine lines of UTVs. Lets not forget, Yamaha started this craze and if it wasn’t for the Rhino we’re not sure UTVUnderground.com would even exist. Yamaha and their creation of the Rhino kicked off a decade of innovation and growth like few other motorsports driven industries have ever seen. But lets not forget, that success came with a hefty price tag for Yamaha. In 2007 frivolous lawyers and boneheaded consumers began with an onslaught of lawsuits blaming Yamaha for dozens of deaths and injuries due to rollovers in the Rhino. While Yamaha was left to defend themselves, it halted production as well as introduction of new models. All the while companies like Polaris and Kawasaki were capitalizing on the craze created by the Rhino. While the lawsuits and legal side of things certainly slowed Yamaha it did not knock them out entirely and in 2014 they came back and vowed to release new models for the next few years. In 2016 Yamaha turned the industry upside down with the release of the first multi-speed manual transmission 3 cylinder sport model, the YXZ 1000R. The sport community went head over heels and Yamaha was instantly back in the conversation. Since Yamaha has already shown us their 2017 model it doesn’t leave us much to speculate about for this year other than what may come in the future. Of course I think the top 2 predictions would be a turbo and a 4 seat model.

Polaris has had a rough year. Multiple recalls have certainly knocked the most dominant UTV brand down a rung and has some in the sport fearing a repeat of ambulance chaser lawyers attacking the company like they did Yamaha. Polaris has their work cut out for them in not only maintaining their market share but also growing it as Can-Am and Yamaha certainly threaten with not just sport machines but also the recreational utility machines that Polaris also leads in with the Ranger lineup. The Polaris dealer show was a week ago and everyone in the sport was anxious to see what Polaris would introduce for 2017. What we got was an awesome new General 4 seater, an ACE 900 XC with long travel suspension and 78hp, and a new Ranger XP1000 amongst some other new stuff. On the sport side Polaris released a new RZR XP1000 made for rock crawling and trail riding that has a host of factory installed accessories as well as a lower low gear ratio. However, all talks and release of a new Turbo were not there. Instead Polaris issued a recall on all 2016 RZR XP Turbo’s which left us all scratching our heads. Any betting man would tell you that Polaris isn’t done this year. They are notorious for the mid-year release and there is no way they would eliminate the RZR XP Turbo altogether. That leaves us wondering, what might we see at Camp RZR Glamis or on New Years? Here is what we do know. Polaris is pissed, and they do not like losing and they are refusing to let off the gas. The industry leader has vowed to not only correct the quality issues but further improve and continue to innovate well into the future. People and companies find motivation in the strangest of ways and we understand that staying hungry when you are on top is sometimes a hard thing to do. Sometimes it takes a loss or a kick in the pants for you to realize how important it is to be the champ and we see that in Polaris right now. There is an added motivation to not only make things right with existing customers, but to also prove to future customers why Polaris is the #1 brand in UTV. This leaves us very excited not just to see what they may release this year but what might come in 2018 and beyond!

Kawasaki has seemed rather detached from the whole UTV movement as of late. We say that with all due respect of course and we do acknowledge their revisions of the Teryx and the Mule but as one of the top Japanese powersport companies in the world we all sort of expect a little more. The Teryx is a solid machine, its a fantastic and comfortable trail rig and they climb like billy goats, its really in a class of its own. The Mule, well, its a Mule and it just keeps on keeping on but its hard to keep people excited about your brand when we are talking about a pure work machine. Now, rumors have circulated for years on what Kawasaki has or may be developing for the sport UTV market. Years ago we were told that Kawasaki had said they will move when Yamaha moves and well, Yamaha has been moving so if thats the case Kawasaki shouldn’t be too far behind. We know what their capabilities are when it comes to innovation, just look at their watercraft and motorcycle divisions. Kawasaki is a leader, and a very large company that could easily step into the sport market and put a dent in it if it wanted too. The question is, do they want to and when will they want to do it?

Honda is another name that has had rumors circulating around a sport machine for a couple of years now. The Big Red was unfortunately a big flop but the Pioneer has been a real winner in the recreation utility market. The fit and finish as well as styling and reliability has been nothing short of awesome with the Pioneer and it has us all begging to see what Honda could drop if and when it decides to enter the sport market. They were the first to eliminate the need for a CVT and we all know they have the means to build some very powerful and reliable engine packages. With their history in racing, suspension should be no problem and I could see Honda really giving all of the current sport machines in the industry a real run for market share with how vast the Honda dealer network is worldwide. So what would they introduce would be the question??

Robby Gordon is a name thats synonymous with off-road and off-road racing. He first was a part of the RZR program and helped pioneer the launch of the Robby Gordon RZR 4 back in like 2011 or something. He since had a massive falling out with the company and stepped away from the UTV segment for a couple of years while getting his new creation the Stadium Super Trucks racing series up and running. During this period RG still had visions of creating a “better” sport machine for the UTV segment and many of us thought he might introduce his own one-off UTV on his own. That idea ended when Arctic Cat announced last year that they themselves had partnered with Robby Gordon and together they would introduce a new Wildcat while also creating a full line of “SPEED” accessories designed by RG for AC. It has been almost 1 full year since the announcement of this partnership and its been sort of strange in how its played out thus far. We all saw a Speed version of a Wildcat last year during the Arctic Cat Dealer Show which was then at the Sand Sport Super Show. The machine featured a different type of suspension and some other accessories but none of it has actually hit the consumer level yet that we have seen. We have seen photos posted by people online of a stripped down Wildcat that certainly has a different rear and front suspension set up but once again nothing formal has came from all of this hype and speculation. The most recent rumor has RG and AC launching this all new designed machine at this years SEMA show but we aren’t sure if the intel is at all accurate. What we do know is we are ready to see something from this team at Robby Gordon Off-Road and Arctic Cat!

The sleeper in this whole discussion could be Bad Boy. Yes, we said it, Bad Boy Off-Road! They have come on hard this year with their new Stampede and its clear they are spending some money to really push this brand and this vehicle. They stole Tony Stewart from Arctic Cat to represent their brand and have targeted a few others to also promote their new UTV. Now, the Stampede is cool but its not a sport machine no matter how many power slides they might show someone doing, but these guys might just take a stab at creating a sport machine and with their approach to marketing they could make an impact. They don’t have the name recognition the other brands mentioned above have, but what they have is no expectations. They got nothing to lose and sometimes that can be your best asset! So who knows, maybe we are way off in thinking this brand can jump into the sport market but only time will tell.

This all brings us back to Can-Am and their launch of the new Maverick X3 this month on August 16th. It appears that it will have a rear engine design like the RZR but it also has the shape of a Yamaha YXZ. By looking at the photos its clear that Can-Am worked hard at creating something new and fresh for their product line and we are excited to see what all it will possess in terms of power and suspension. We are also anxious to see how they bring it to market knowing their viral video powerhouses Ken Block and BJ Baldwin are both working with the new X3 already.

Its an exciting time in our sport. We got what we all wanted years ago and that was a horsepower and suspension war amongst the OEMs. How long will it last, and just who will come out on top??

BRP Celebrates Racing Success in Dirt, snow, and on the Water