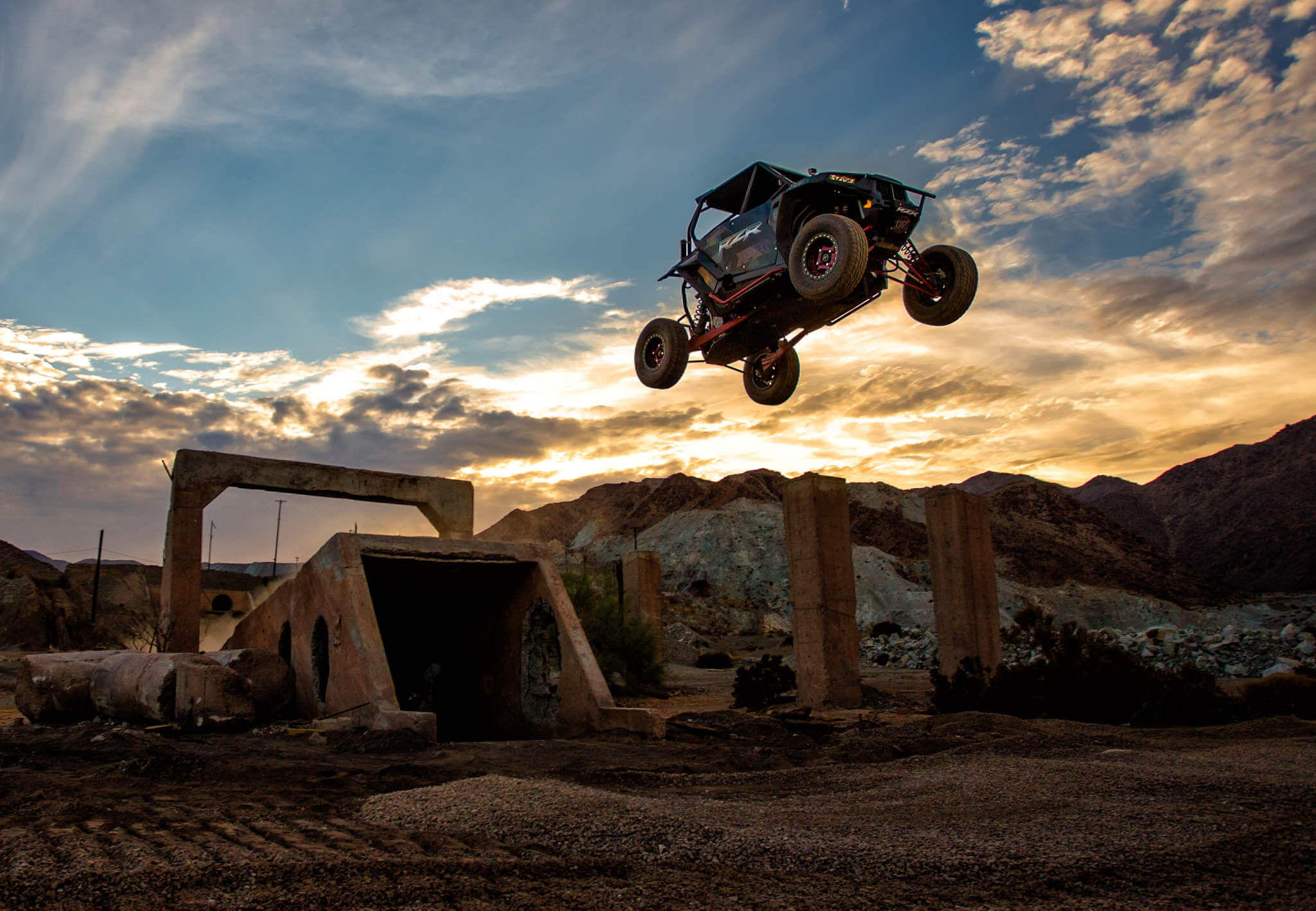 Seven years ago The Martelli Brothers ( Matt and Josh Martelli) unleashed the XP1K videos series on the world effectively introducing the sport UTV to the world. Their goal was to show the world how capable these machines had become, and well tens of millions of views later, not only was that goal met but it became the film that generated billions of dollars of revenue for Polaris, Can-Am, Arctic Cat, Kawasaki, Yamaha, and other UTV manufacturers. The series featured young up and coming off-road racer RJ Anderson showcasing his skills and fearlessness. Nobody could have predicted the wild success of the sport UTV platform, yet The Martelli Brothers knew exactly what to do having grown up in southern California off-road culture. The first of the series XP1K was a brand that Matt had come up with as an abbreviation for the soon to be launched Polaris RZR XP1000. The film broke through to mainstream media outlets being featured on Jalopnik, Top Gear, Drift.com, Complex, BBC, Car and Driver, Autoblog, Offroad.com, and Supercross.com

The location of Eagle Mountain Iron Mine was originally set to be a project with the late off-road champion Rick Huseman, but after his sudden death in a plane accident, the location was parked. “My brother and I have always had hyperactive imaginations. We are constantly talking about ideas, locations, and concepts. There is no off button. We were originally planning on shooting a project with Rick Huseman in his Pro-4 at Eagle Mountain, but after he passed it just took the wind out of our sails. I didn’t feel like anybody was worthy of the effort we had to put forward to do a film we were interested in doing until we met RJ Anderson.” stated Matt Martelli. In 2013 the planets aligned with a location, a driver, and sponsors to fund the project including Polaris, Falken Tires, and Walker Evans Racing.

XP1K was not without its challenges. Filming began during a grueling heatwave with some of the highest temperatures ever recorded on earth. The RED Cameras that were utilized had to be stored in coolers with dry ice only to be pulled out once a shot was set up so they didn’t overheat and shut down. The crew took up residence in the abandoned housing that was originally built for mine workers. RJ Anderson also suffered some major crashes in attempting to jump a 40-foot gap to stepdown on day four of filming. After being sent to the nearby hospital for X-rays and CT scan RJ returned to keep filming and a week later attempted the same stunt crashing again. The mine was owned by Henry J. Kaiser who among many businesses started the Kaiser Permanente healthcare group to care for his workers and their families. The post-apocalyptic setting was the perfect location to showcase the capabilities of the Polaris RZR platform.

The Martelli Brothers enlisted the help savant car builder and racer Mark Holz as well as RJ’s father Randy Anderson, one of the foremost off-road suspension experts in the world. Knowing they would need more horsepower than the stock engine package the brothers reached out to engine and drivetrain guru Kevin Kroyer, and Polaris RZR turbo expert Trey Lokey, to add the needed horsepower to complete the planned stunts. Longtime friend and off-road track constructor Tony Vanillo was brought in to build the mind-bending obstacles. Tony was previously responsible for building and designing the CORR and Lucas Oil short course tracks including the legendary Chula Vista track. During the filming of XP1K RJ set a world record jumping his Polaris RZR 129.75 feet among many amazing stunts.

“We learned a valuable lesson producing and directing the first three Gymkaha’s with Ken Block. We have to put ourselves in a position of control so we can guarantee the outcome. Everything has to be right. We need the right driver, the right vehicle, the right location, and the right team to capture the beautiful violence that occurs when a world-class driver is connected to a machine.” stated Josh Martelli. “We want to show people the moments that we have been privileged to experience as filmers, fans, and spectators of motorsports.”

The series continued for four mind-bending episodes which culminated with XP1K4 in which RJ Anderson rode the wall of death and backflipped a Polaris RZR! The Martelli Brothers and their motorsports content production powerhouse Mad Media are currently in pre-production on XP1K5. The world is excited to see some more insane off-road action!

Here is a look back to the video series that sold billions of dollars in UTV’s!