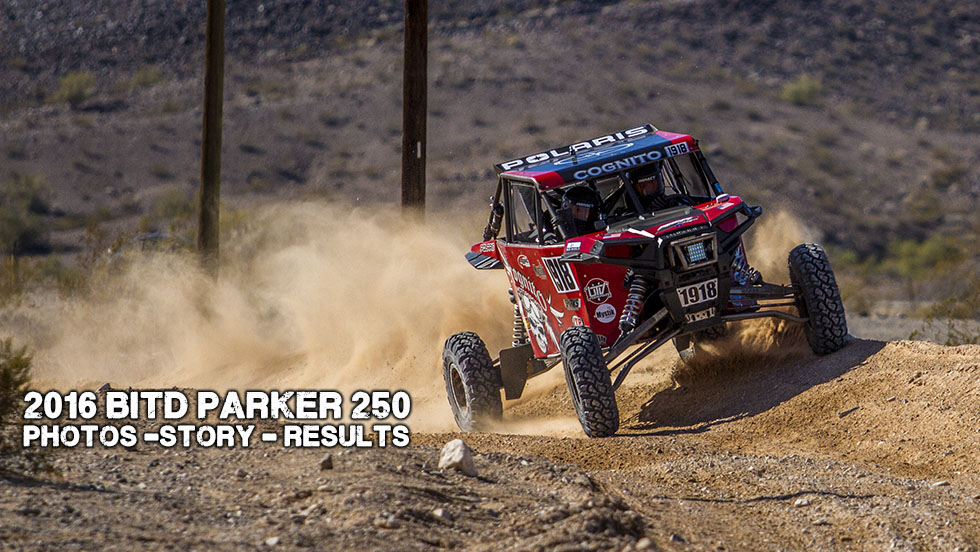 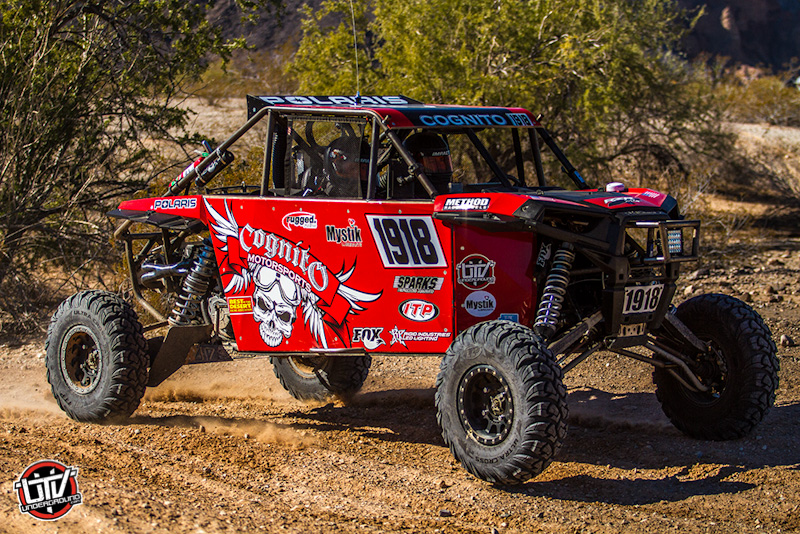 The 2016 Best In The Desert (BITD) season got under way this past weekend in Parker, Arizona for the annual THR Motorsports Parker 250. Over 50 UTVs would register for the season opener, 32 Pro UTVs – 17 Pro Turbo – 5 Pro Unlimited would make up the field. This would be the first time that the Turbo powered machines would run separately. This would also be the first time a Yamaha YXz1000R would compete at BITD ushering in a new platform of vehicle into the BITD Pro UTV ranks.

The season looks to be promising with all the heavy hitters returning to battle it out in 2016. Many newcomers have also entered into the fold proving once again that UTV desert racing is the place to be. Names like Mitch Guthrie Jr., Robert VanBeekum, Jacob Shaw, and Chad & Larry Ragland have all built new vehicles and are set to campaign in the UTV ranks at BITD for the season brining a new set of fast and experienced UTV competitors!

The Turbo class looks to shake things up in 2016 and has some people thinking that Can-Am may have finally gained the edge in a premier racing class, something Polaris has enjoyed for many years. Can-Am introduced their Turbo powered Maverick a full model year prior to Polaris unveiling their Turbo powered RZR. The UTVRA and BITD made the decision leading into the 2015 season that the Turbo powered Can-Am’s would be allowed to compete in the Pro UTV ranks for the 2015 season. This gave Turbo Maverick racers a strong competitive advantage in learning and dialing in their new platform thus leaving Polaris racers bitter and questioning the integrity of the class representative Cory Sappington who also happens to be a Can-Am factory racer in the class. After months of debate and discussion amongst racers here on the UTVUnderground.com Forum and privately amongst themselves and with Sappington, a decision was made to create a separate Turbo class for 2016. 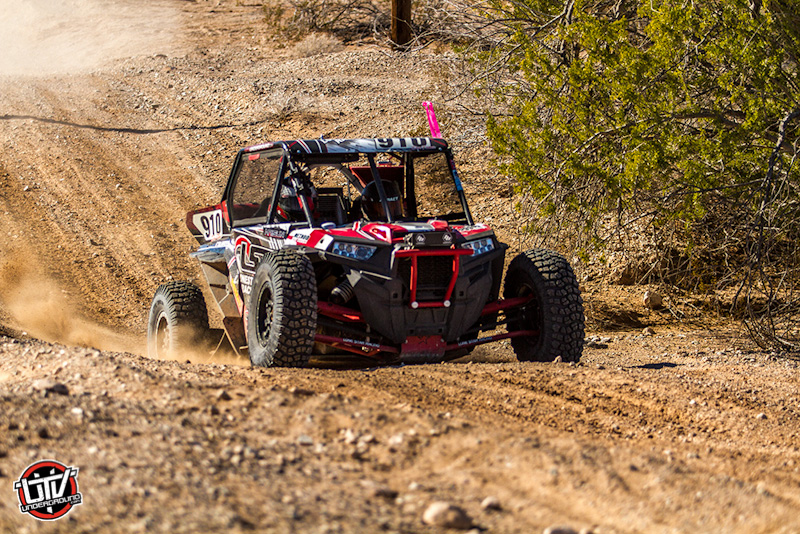 While the decision seems logical and was well received especially with the introduction of the new TURBO RZR late last season, it still is not left without some sort of drama. Rules state that the factory ECU’s must remain stock in the new Turbo class. This concern as to whether or not some in the class have left their’s stock prompted a protest forcing Sappington, who also oversees the technical inspection process, to perform an ECU swap on the very fast and competitive, factory Can-Am S3 Powersports Maverick Turbo of Dustin Jones. Jones welcomed the ECU swap, but was upset with the timing after he and his team had already passed tech the day before. Now it was race morning and here he was being told he needed to swap ECUs due to protest. While the ECU swap did not affect Jones’ race, it still left many to question the processes surrounding the rules and enforcement. Some in the Pro Turbo class feel that ECUs should be allowed to have modification made to them citing that the rules clearly state that ALL ECUs must remain stock, however Sappington has made it OK for Can-Am Maverick Turbo competitors to adjust their ECUs to compensate for change in tire diameter. No matter the argument, this has left many competing in the RZR platform angry and still questioning the legality of the modifications made to some or all of the Maverick racers ECUs. Only time will tell how things shake out in what seems to be the never ending saga of class debate.

With the Pro Turbo class and the Pro UTV class now separate it has added a new element to the UTV competition. Now racers at the top of each class will not only compete for separate podium positions & championships, but they will compete for the coveted overall win! So while the class may very well be judged independently, the overall winner will still remain supreme. Many in the class have stated that the Pro UTV class, which is entirely naturally aspirated, would have no chance against the Pro Turbo’s power-plants and speeds. Justin Lambert of Cognito Motorsports who chose to remain in the Pro UTV class for 2016 didn’t agree.

The weather in Parker was a bit of concern leading into the race. Much of the southwest region was experiencing heavy to moderate rain throughout the week/s leading up to the race. The rain however as a non factor, and if anything, what came to Parker in the days leading up to the race left the track just damp enough to help reduce dust and increase speeds. The top UTVs averaged around 50mph, an average usually reserved for unlimited vehicles. Nevertheless, with the rain held off and weather a mute concern, the rough and harsh Parker course was still a major factor into how the race would play out. 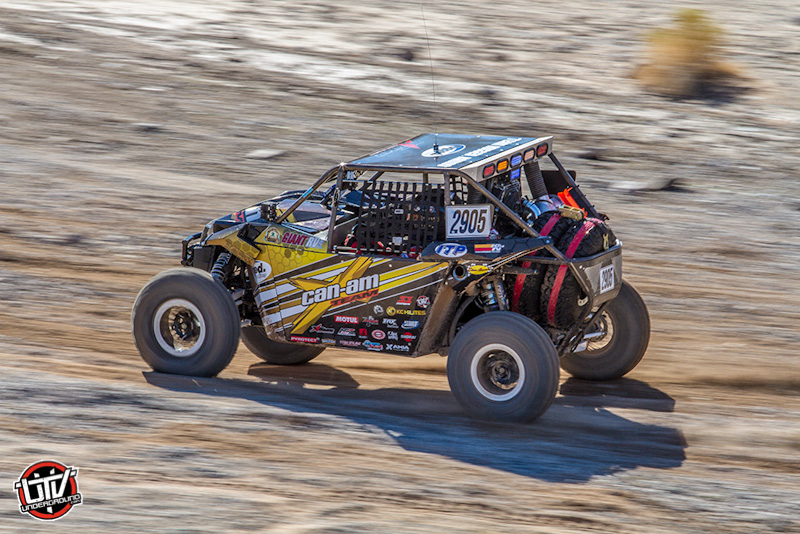 After 3 hours and 5 minutes of racing, the first UTV would cross the line. Justin Lambert of Cognito Motorsports in his #1918 Polaris RZR XP1000 would not only finish first in the Pro UTV class but he would take the overall, proving to himself and to the rest of the class that the Pro UTV Polaris RZR platform was still the vehicle to beat. Justin who was the runner up in last years championship battle never doubted he could beat the Turbo machines. He beat the time and time again last year and knows that the RZR Turbo racers still have some work to do to have their machines dialed in for the long haul. With that said, he knows the time is coming and already, results showed that the Turbo class is a formidable bunch.

Finishing 8 minutes behind Lambert would be Dustin Jones in his #978 S3 Powersports Can-Am Maverick Turbo. Despite the pre-race ECU swap, Jones battled through the pack and to the front to take the first ever Pro Turbo win. The win for Can-Am was significant not only because of Jones’ now back to back wins (Jones also won the Henderson 250 in December) but because both factory racers Logan Gastel in his #969 and Jason Murray in his #917 Can-Am Maverick Turbos would finish two-three in class and three-four overall. This podium sweep in the Pro Turbo class has many wondering if this will be Can-Am’s year for a pro desert racing championship at Best In The Desert?

Without a doubt the factory Polaris RZR racers competing in the Pro Turbo class are feeling a different kind of  pressure early this season. Normally they have rested on the pressure of remaining number 1, now they must come to the realization that no longer are they the expected or maybe even favored racers in the class. Sure, Gastel isn’t a name many have heard in regards to podium finishes but he has been at it for a while. Murray and Jones however have proven their worth and while Sappington didn’t have his best race, everyone knows he too can haul the mail. Right now the Can-Am team is looking strong. However, names like Sims, Schueler, Angal, Guthrie Jr,, Fisher, and Burnett will not shy away from any challenge, and this might just be the push these guys need to further along their vehicle and program development. Either way, the manufacturer battle is alive and well and we have a front row seat to what might be the greatest season of competition ever at the UTV level in desert racing.

Rounding out the podium in the Pro UTV class behind Lambert was the 1986 Polaris RZR of Amin Patel and the #1912 Mad Melvin Motorsports RZR of John Melvin. They would finish second and third in class and sixth & tenth overall. The splitting of classes this year opens the door to a new group of competitors in the Pro UTV class thus giving more racers a chance to gain some glory, attention and further compete for the 2016 season championship. 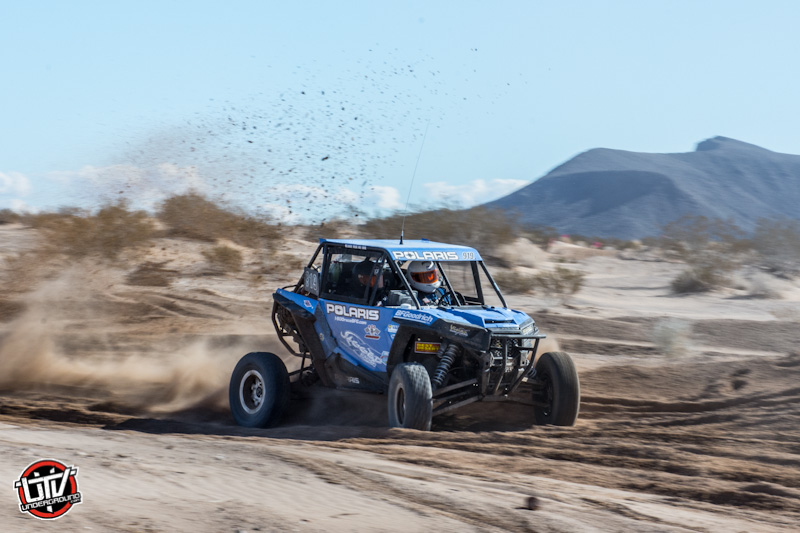 This season we hope to see more Pro Unlimited racers come out but the early season entry does leave us questioning if the class can break out as one that will stick around. Last years Pro Unlimited champion, Lacretia Beurrier has moved back into the Pro UTV class opening the door for a new champion. Here at Parker we saw a new name take the win in Carlo Caya who raced in his #2906 Yamaha. Finishing in second behind Caya was the #2904 Can-Am of Jason Farrell and rounding out the podium was Parker local, Renee Hudson in her new #2911 Polaris RZR.

A little drama never hurt anybody and no form of racing goes without its own share. As we sit back and look at the rate the class is growing and the speed at which OEM’s are introducing new platforms, discussions about rules and structure is par for the course. BTD and the UTVRA have done their best to mediate all sides and make everyone happy, an impossible and sometimes thankless job.

All non-racing banter aside, we can’t wait to see how the 2016 season unfolds. So many new racers and teams as well as sponsors and exposure look to be present for this year, something we work towards with each season. It all culminates next month in Laughlin, NV for the 2016 Polaris RZR UTV World Championship brought to you by UTVUnderground.com!

See you next month for the biggest UTV race event in the world! We can’t wait! 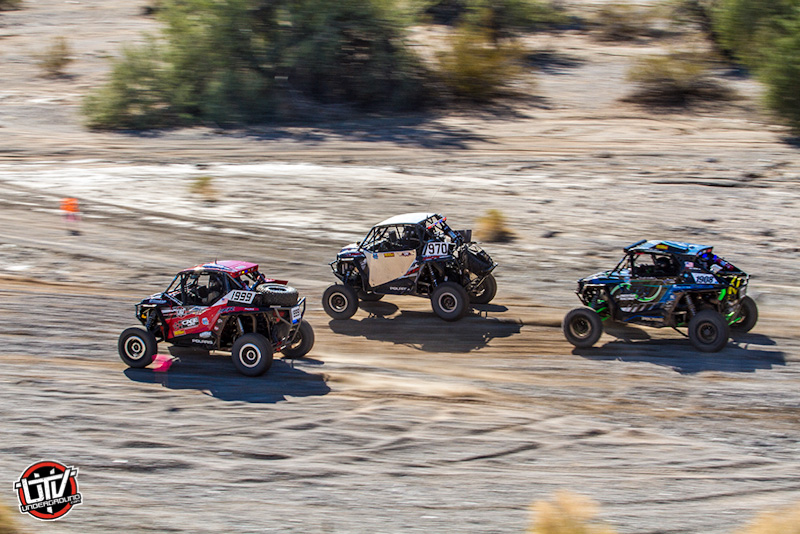