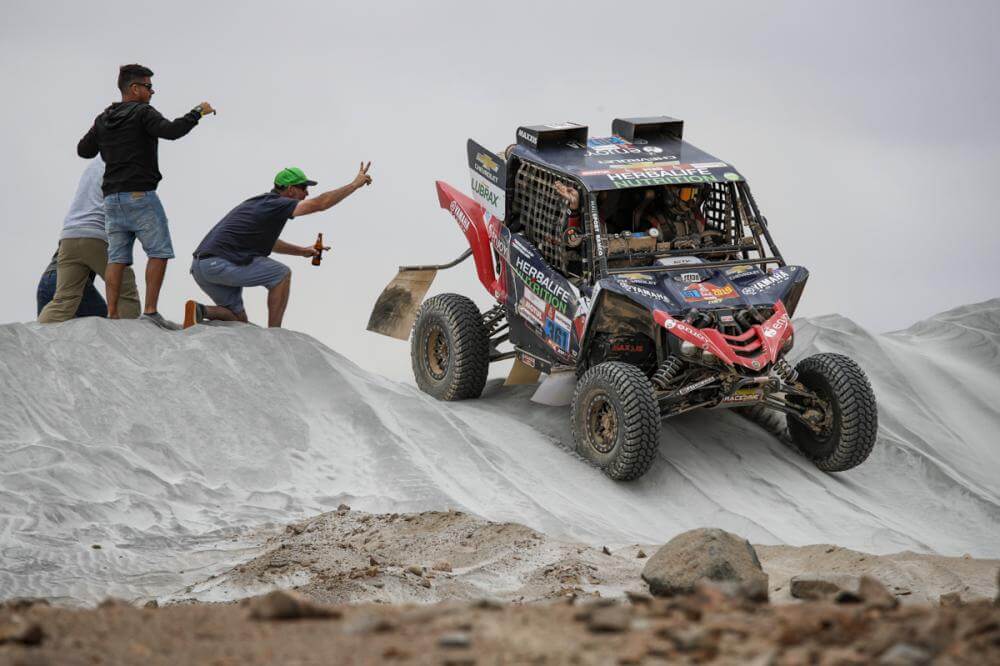 The ingredients for the first part of the marathon stage set the tone of the challenge. On leaving the White City, a small zone of dunes distracted the riders and drivers who quickly understood that the day would be a difficult one: fesh-fesh wears down nerves and machinery and there was plenty of it throughout the stage. In some places, especially alongside the Rio Tambo towards the end of the first 200 kilometres, the tracks became rather rocky. However, once they had come off the high plateau of the Pampa de la Clemesí, they again had to deal with this fine, untameable dust. The final straight between the port of Ilo and Moquegua gave some sort of comfort for competitors who like to have fun with the trajectories that they take… but only on the condition that they were able to slalom between the stones!

Things are moving in the SxS category with the first victory of Sergey Karyakin, who is getting stronger with every stage, to such an extent that he is now race leader.


Good Morning! We go with everything on this fourth day 💪🏻 Today corresponds to the marathon stage, where we can not receive technical assistance during the competition De️ From less to more! 🏎💨 Follow us and support us in the race!