Home Front Page News THE UTV WORLD CHAMPIONSHIP IS BACK! 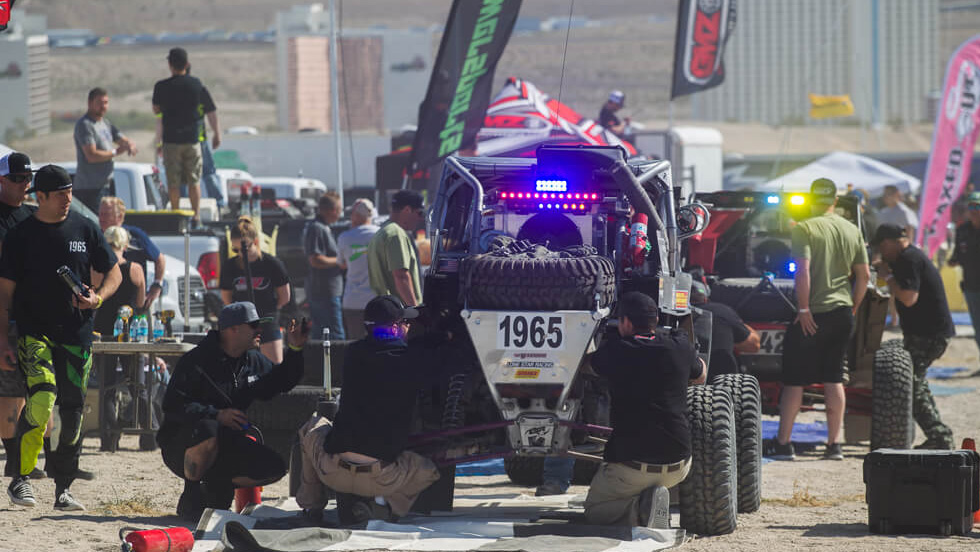 UTVUnderground announced today that they are once again inviting offroad and UTV racers and enthusiasts back to Laughlin, NV to party, race, spectate and shop at the 2017 Polaris RZR UTV World Championship powered by Monster Energy! Hundreds of the world’s top UTV race teams will battle head to head in desert, short course and youth world championship competitions. The teams will rub doors while racing in the brutal Nevada desert for fame, glory, and a chance to win a brand new 2017 Polaris RZR! Spectators, fans and racers are encouraged to come shop and purchase aftermarket products at the UTV World Championship Tech & Contingency – the largest of it’s kind! All events at the UTV World Championship are FREE and the family friendly atmosphere promises to be a great event for all in attendance.

On Friday April 14th from 9:00am to 5:00pm, the world’s biggest off road UTV festival, the UTV World Championship Tech & Contingency, will take over the Riverside Resort Hotel & Casino. Those in attendance will be able to view the largest collection of UTV’s in the world and have exclusive access to the latest parts and accessories from the top UTV parts manufactures from around the globe. This is a fantastic chance for UTV owners to save hundreds on OEM and aftermarket parts for their machines! The race vehicles will be on display as hundreds of UTV race teams parade them through a massive vendor set-up. Official UTV World Championship merchandise will be available and racers will be on hand to sign autographs and and take pictures!

The third annual UTV World Championship Poker Run will also be held Friday April 14th from 8am to 10:45am! This is a one of a kind opportunity for UTV owners to drive their UTVs on the UTV World Championship race course! Onsite registration will be held at Don’s Celebrity Theatre inside the beautiful Riverside Resort and Casino is from 8:00am-10:00am. Entries are extremely limited those wishing to participate are encouraged to get in line early. Advance sign-up is available through Best in the Desert Racing Association by visiting their website at www.bitd.com. Thousands of dollars in cash and prizes will be given out to the drivers with the top poker hands!

On Saturday April 15th from 6:00am to 5:15pm, the 2017 Polaris RZR UTV World Championship powered by Monster Energy will be unleashed! Hundreds of the top UTV racers from around the country will battle each other and the treacherous Nevada desert at the Laughlin off-road park. The UTV World Championship will once again host a massive land rush start for each race that sees twenty UTV’s hit turn one at the same time!

Racers will compete for their chance to win one of five Polaris RZR’s in additional to thousands of dollars in cash and prizes. A Polaris RZR Turbo will go to the Pro UTV, Pro Turbo AND, Overall Short Course Winners. A Polaris ACE 150 will go to the RZR 170 Stock Youth Class Winner. And a Polaris RZR 170 will be awarded to the Unlimited 250 Youth Class Winner – making the UTV World Championship the richest purse in the sport!

The Riverside Resort Hotel and Casino has been named the Official UTV World Championship Host Hotel this year, which features the best amenities and most stylish accommodations in the city of Laughlin. Fans, racers and spectators can book now by calling (800) 227-3849 with the discount code “UTVWC” to receive exclusive pricing for their stay. For complete details on all the UTV World Championship festivities and spectating visit UTVWorldChampionship.com.