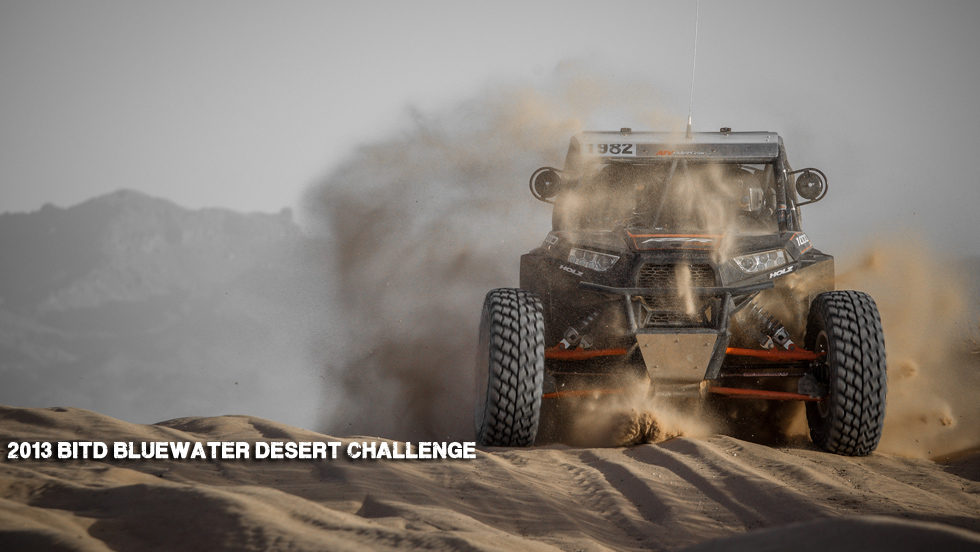 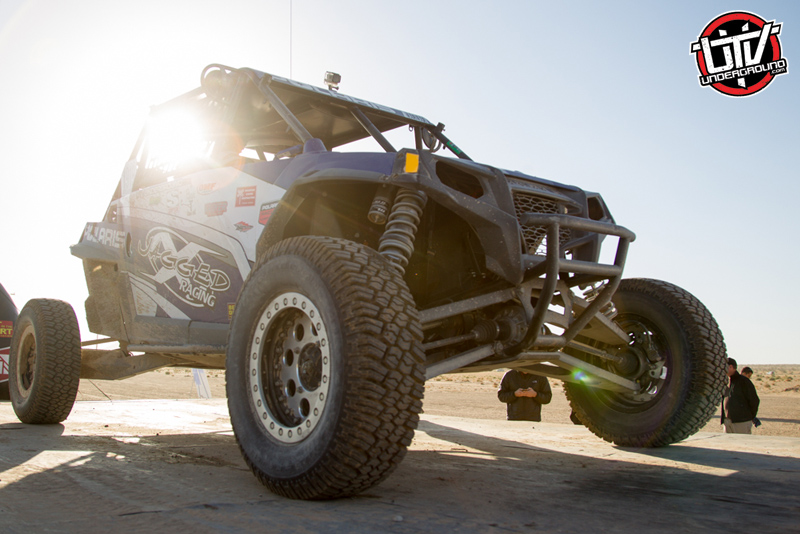 The BITD Bluewater Desert Challenge is arguably the funnest race of the year long BITD race season. 2 races are held, one on Saturday and one on Sunday with a winner being crowned each day and an overall finisher for the weekend getting the most points. Racers love the race because of the weather, the fact that its on the Colorado River in Parker, AZ and the racing is short and fun! UTV’s start early and are usually done by noon so you have the entire afternoon to either enjoy the big Trophy Truck race or simply load you and your team on the boat and go enjoy the cool river!

The UTV field as we all know is stacked with talented drivers and some very well built UTV’s. Being this late in the season most of the bugs are worked out and everyone knows their machines and what their own capabilities are. There are also some tight point championships on the line and that always ads to the late season excitement. Some teams are simply racing for points while those that are out of the championship chase are simply going for broke to get W’s! 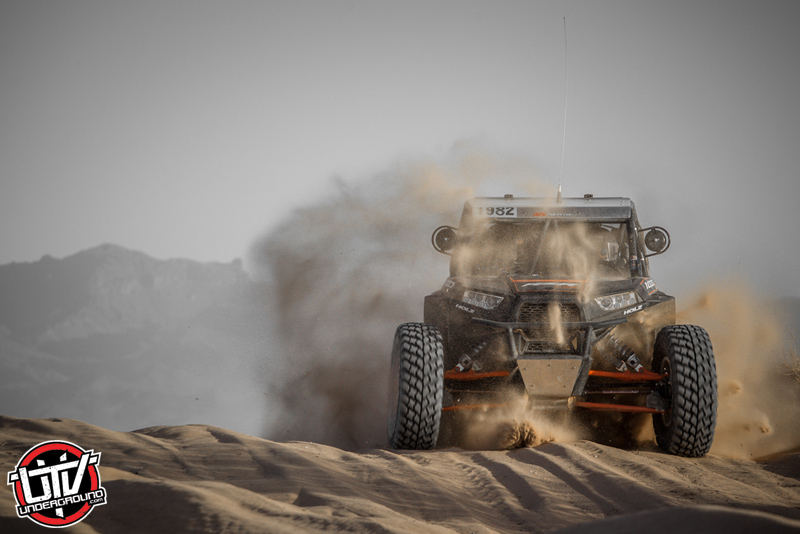 Before the sun was even thinking about making it’s debut in Parker, the UTVs were lining up two at a time to prepare for the drag race style start. Best in the Desert laid out a twenty-four mile loop through mostly sandy terrain that would deteriorate through the weekend.  Known for being rough and hard on equipment, the entire UTV class would have to practice asset management and protect their vehicles for 3 laps. The BWDC is a drag race compared to the longer point to point races like Vegas 2 Reno, there is little thought that goes into logisitics here. Its pretty much pin-it-to-win-it in Parker! Lap 1, race mile 14 saw 1919 Brandon Schueler of Jagged X leading physically with 1934 Costal Motorsports Mark Holz next and 1931 Craig Scanlon, also of Jagged X Racing, rounding out the top three.  These three would stay within 2 minutes of each other all the way to the end, with Brandon Schueler edging out Mark Holz by 1:16 seconds.

Sunday’s race would again start in the dark with almost no wind and a much much rougher race course.  On day 1 UTVs get to race on a fresh race course but on day 2 its a different story. Now all of the unlimited 4 wheel vehicles have raced on the course thus changing everything about it, adding massive race grooves that make it hard for even the UTVs running on 30″ tires. Mark Holz was on a mission to take back the 1:16 he was down, and put pressure on the entire field to compete for the overall. Leading the UTV’s near the end of lap 2, things were certainly good for his Costal Racing Polaris RZR. Brandon Schueler was a not too distant 2nd, and the number 1918 RZR of Cognito Motorsports Justin Lambert was making a push running 3rd.  Missing was Craig Scanlon in the 1931 Jagged X. 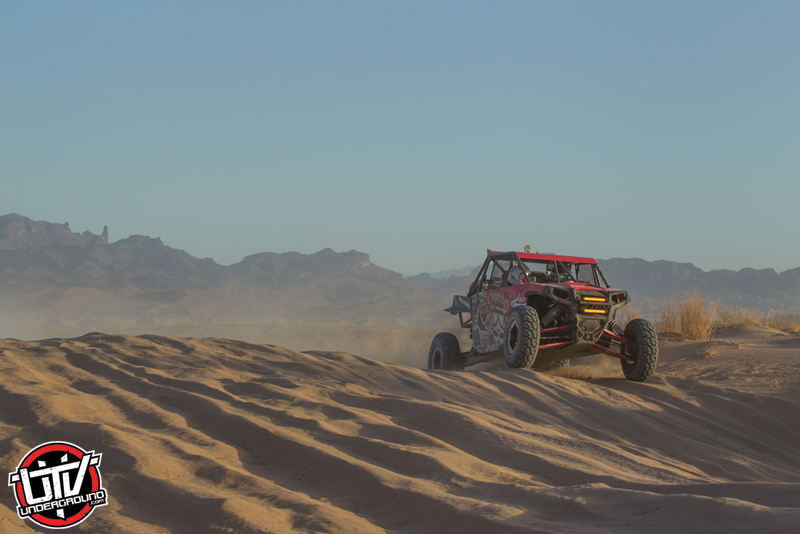 The expecting crowd at the finish was hoping for a nail biter but in the end, no one was close to Brandon Schueler in his 1919 Jagged X Polaris RZR who would take his 2nd win of the weekend and capture the OVERALL at the Bluewater Desert Challenge.  Mark Holz suffered driveline issues, and was down about 30 minutes.  Justin Lambert held on to 2nd in the 1918 Cognito Polaris RZR, and Murray Motorsports in their 1917 Can-Am Maverick took the final podium position.

As is the case with all races, UTVUnderground.com wants to extend a huge thank you to all of the racers who compete while representing UTVUnderground.com! It means more than you will ever know to us when we see those stickers on your machines. Thank you very much and we look forward to the final round of racing at the Henderson 250! 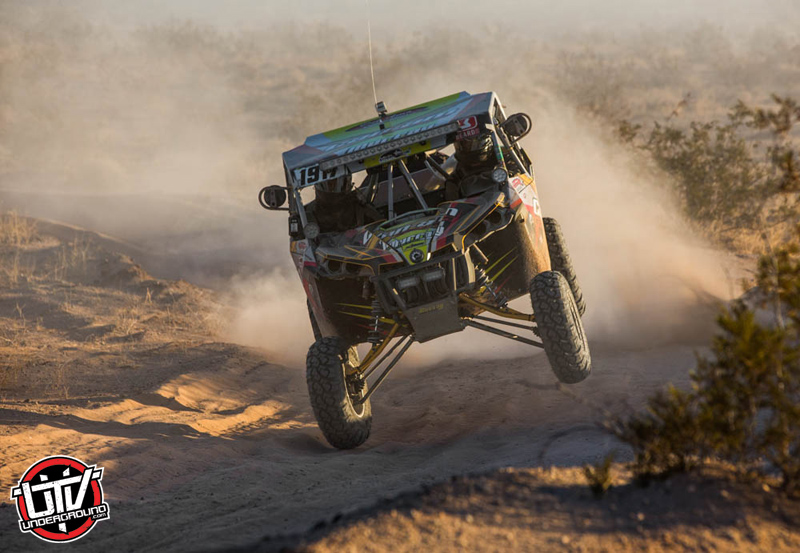