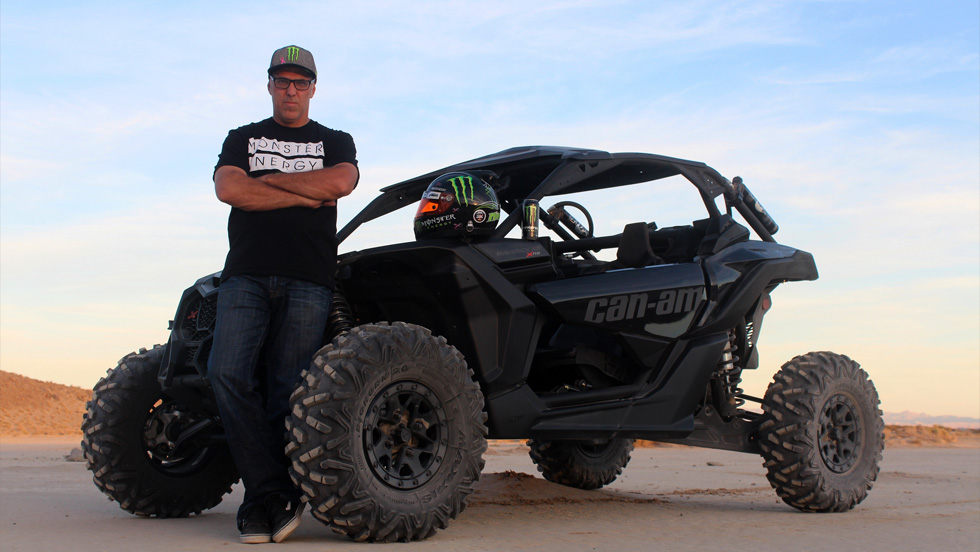 Can-Am off-road has added “Monster” Matt Burroughs to its 2017 Can-Am racing team. Burroughs, will compete in the 2017 Best in the Desert (BITD) racing series as well as both the legendary Baja 500 and Baja 1000 with the new Can-Am Maverick X3 X rs Turbo R side-by-side vehicle, which supplies 154 horsepower and up to 24 inches of suspension travel in stock form.

“I can’t begin to tell you how pumped I am to be joining the Can-Am racing family for 2017,” stated Burroughs. “I just finished my first testing session this past weekend in a bone-stock 2017 Can-Am Maverick X3 X rs side-by-side vehicle and was simply blown away by the vehicle. The power and suspension are astonishing!”

Burroughs may be a relative newcomer to the side-by-side racing spectrum of desert racing, making his debut in 2015, but he’s actually been racing off-road on dirt bikes for 30 years in AMA District 37 and since 1997 in the BITD series. Burroughs, who is the VP and Senior Corporate Controller at Monster Energy, has had previous factory racing support from Husqvarna, where he won the 2003 125cc Pro BITD Lauglin US Hare Scrambles Championship.

Over the last couple seasons of BITD racing behind the wheel of a side-by-side, Burroughs has made a steady climb in the Pro UTV ranks. In fact, this year alone has seen him finish second overall Pro UTV at Vegas To Reno as well as in the runner-up spot in the Pro Production UTV ranks at both the Laughlin Desert Classic and the Blue Water Desert Challenge. Heading into his third full season of BITD side-by-side racing, Burroughs will enter the Pro Turbo UTV class with his new No. 948 Monster Energy / Can-Am Maverick X3 X rs side-by-side vehicle.

Burroughs will make his official Can-Am debut with the new Maverick X3 at the 2017 BITD Parker 250 scheduled for Saturday, Jan. 7, 2017 in Parker, Ariz.