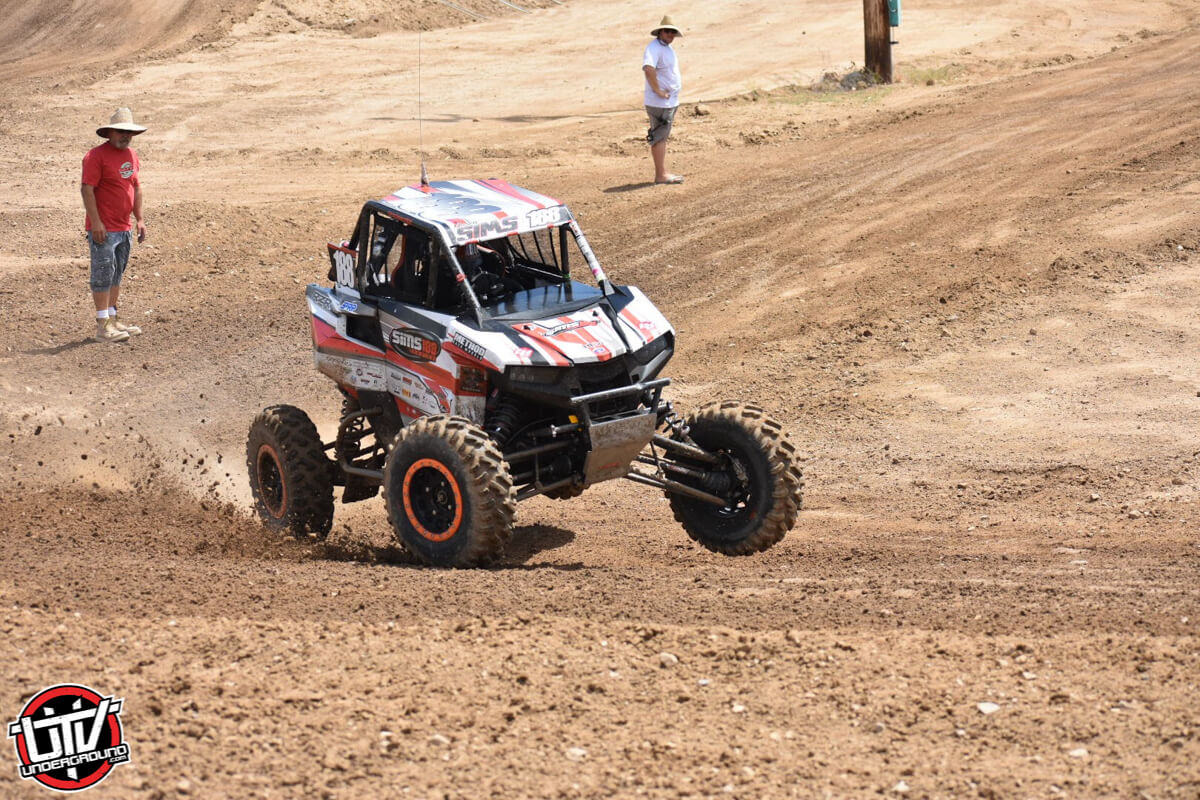 I raced a double header last weekend at 333 MX Park in Victorville, CA. On Saturday, we headed to the track for round 2 of the SXS Regionals Series. I got checked in, took my car through tech, and then went to the driver’s meeting. My class was race 1 in the line-up for the day, so after the driver’s meeting, I quickly headed back to my pit. I wanted to get to the line fast so that I could get a good starting position. We lined up and the green flag flew! I took off and fell into the second place position off of the start. I was able to make a pass in the first lap, moving me into the first place position. I drove hard and fast to maintain my lead, and when the checkers flew, I crossed the finish line in 1st place! I was stoked, but had to stay focused for the second moto later in the day. 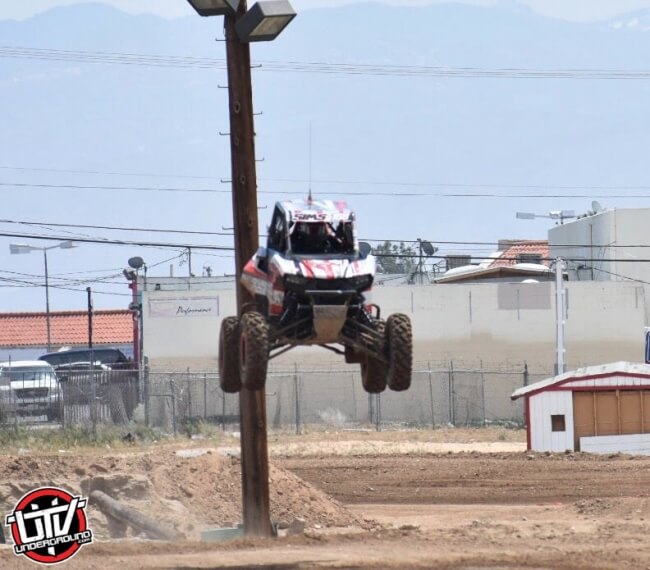 When it was our turn, we headed to the line for moto 2. I picked the same spot on the line and the green flag flew. We all took off, and once again, I fell into the second place position off the line. I was able to make a pass quickly in the first lap, moving me into the lead. I stayed on the gas and flew over the jumps to stay in front and after 9 laps, I crossed the finish line in 1st place, taking the 1st place overall spot for the day! This was my first win in my Polaris RZR RS1, and it felt awesome to put my car on top of the box!

Later in the day, there was a UTV 1000/170 Team Race that I was able to participate in with my buddy, RZR 170 racer, Jacob Williamson. The 170’s raced first and then the 1000’s. At the end of both races, the combined lowest score would take the overall win. My teammate did awesome and finished his race in 3rd place. Then it was my turn to line-up with the other participating 1000 cars. The flag flew and we took off! I got the hole shot and stayed on the gas as we rounded the first turn. I was able to push my car and maintain a pretty strong lead, and after 6 laps, I crossed the finish line in 1st place. When the results came in, my teammate and I had a combined score of 4, which put us in the 1st place spot out of 6 teams! It was such a fun way to end an awesome day of racing! 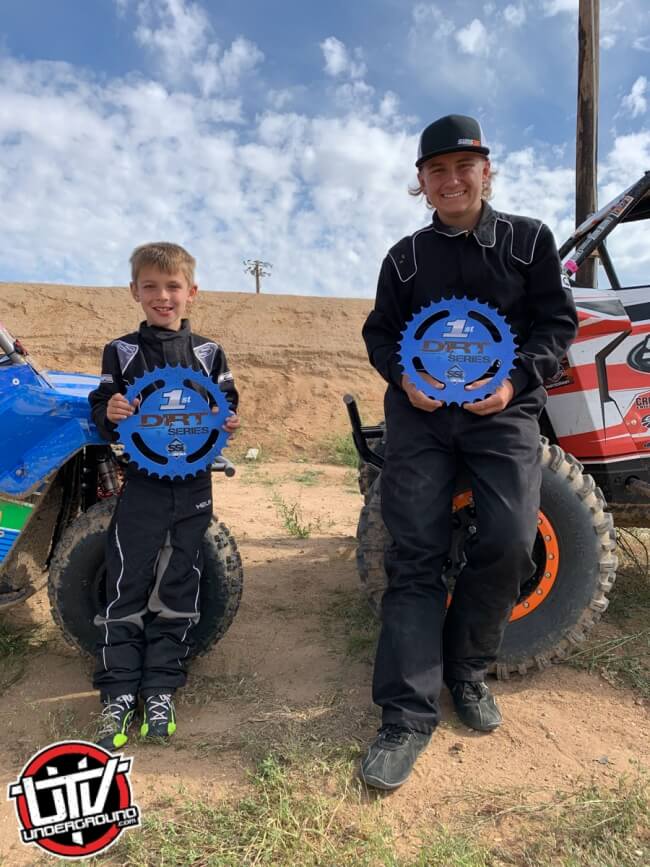 On Sunday, my team and I headed back up to 333 MX Park for round 3 of the DIRT Series. When we arrived at the track, we fueled my car and made sure everything looked good. I went to the driver’s meeting and then watched a few of the races before mine. My class was race 6 in the line-up for the day. When it was time, I headed to the line. The flagger waved his hand to make sure we were all ready, and then the green flag flew. We took off! I was in the second place position off of the line and stayed on the gas chasing the leader. Going into lap 2, I was able to make a pass on the inside of a tight corner, moving me to the lead position. I took off, flying over the next jump trying to put a little distance between my car and the cars behind me. With each lap, I was able to gain more of a lead, and when the checked flag flew, I crossed the finish line in 1st place!

As the day progressed, it was my class’s turn to line up for moto 2. Once again, I fell into the second place position off of the start. I chased down first and made a quick pass to gain the lead. I was able to maintain my lead for 7 laps, and at the end of the race, I crossed the finish line in 1st place, taking home the overall 1st place spot for the day! It was an awesome weekend of racing!