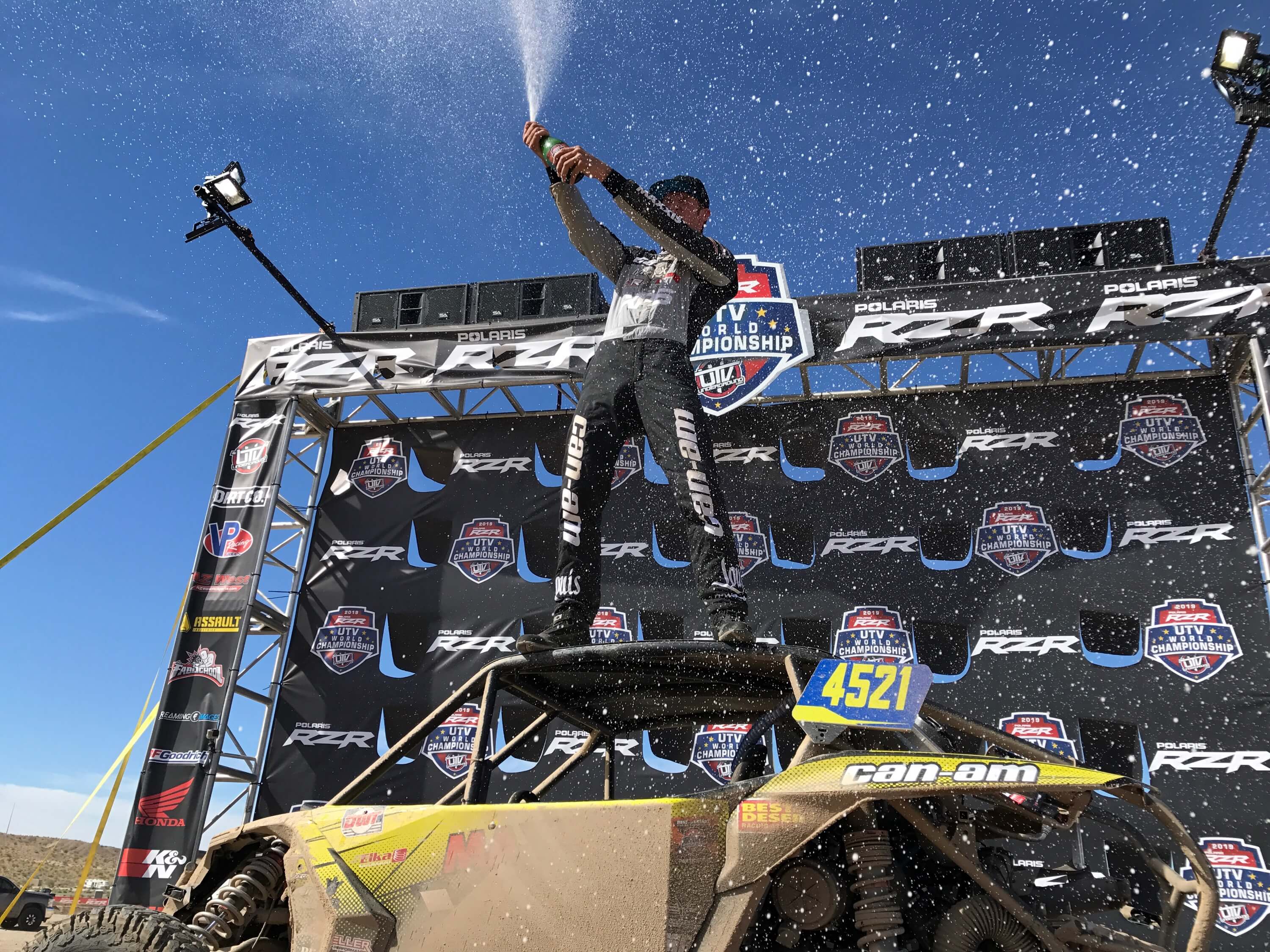 The UTV Turbo short course race wrapped up the 2019 Polaris RZR UTV World Championship on Sunday morning, and its drivers saved the best for last. In an intense battle for the final victory of the weekend, Cody Miller came out on top by just four seconds over Kyle Chaney.

“I knew the attrition was going to be bad out here, and I tried to gauge the other drivers and get a feel where I was at,” Miller said after earning the victory. “I started off the race with a little bit of a conservative attitude, and by the end I was really laying the wood to it. But it held together, and I’m here on top of the podium! The package that I’ve got right now, with S3 Powersports who put this car together, is incredible.” 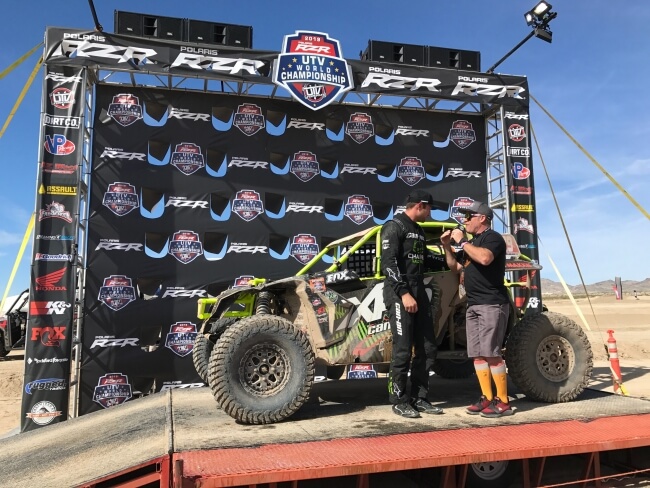 RJ Anderson came out swinging and took an early lead in the eight-lap race, but took a DNF before the halfway point after wheel bearing issues. Chaney then inherited the lead over Mitch Guthrie Jr., who was seeking his second podium in as many days after placing second in the UTV Turbo desert race, and Miller. But a rough course spared few drivers from issues, as Miller suffered damage to his right rear wheel and Chaney lost four-wheel drive. As a result, the leaders were engaged in a battle of attrition all morning long.

“Three laps before the end, I felt the rear end get smashed by somebody after I got around them, and I was like ‘oh no,” Miller said. “This thing was crabwalking down the straightaways, and I realized that if this wheel fell off, I was toast. But it didn’t! This is a tough machine, and I couldn’t be more happy with the result.” 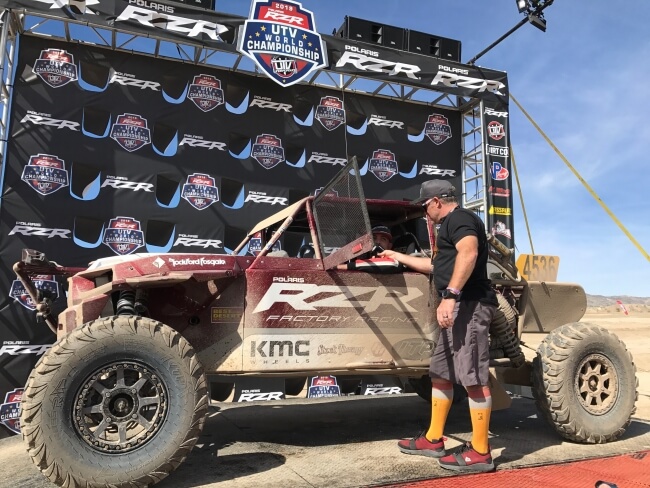 Jacob Carver completed the UTV Turbo podium in third, coming home ahead of Eliott Watson and Guthrie. Carver, who also ran yesterday’s UTV Turbo desert race, elected not to use his shorter wheelbase car for the short course race, and earned redemption after suffering a DNF with the same car on Saturday.

“Yesterday I realized this course was extremely bumpy and extremely brutal, and I knew that the short wheelbase car wasn’t built for this terrain,” Carver explained. “We had some issues with this car yesterday, but we got them all fixed, and we took a shot at it.”