Home All Stories News Day at The Track 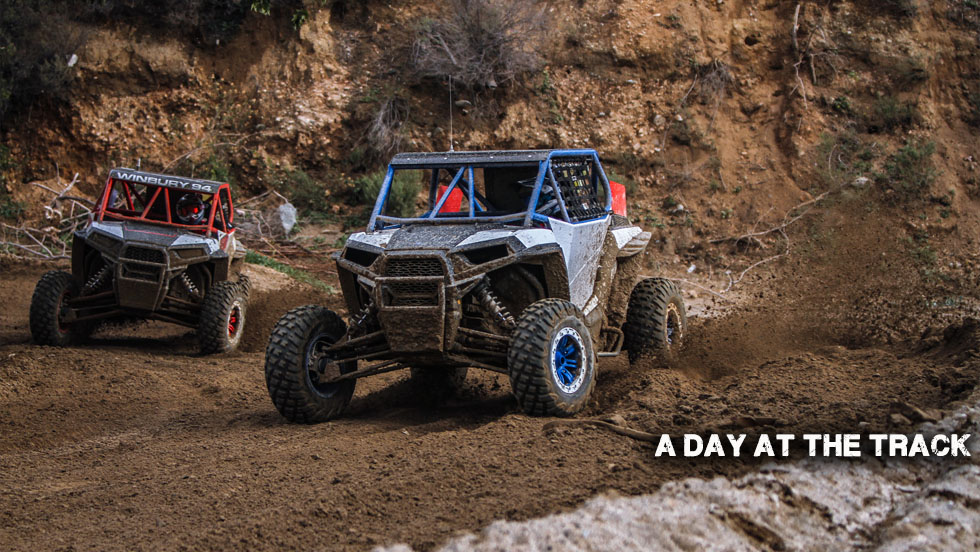 UTVUnderground.com racer Mike Gardner had an idea to do something special for his dad Brian aka The Boss, for his birthday. Mike and his dad Brian are a team in every sense of the word. Whenever Mike has a race, The Boss is right there with him, helping prep, fix and ensure he is ready to get out on the track and compete. They don’t just race to have something to do, they do it because they truly enjoy it. So when The Boss had his birthday coming up Mike went into action. He locked down Glen Helen Raceway for the day and told his dad they were going to the track to do some testing. He had a basic story of how someone had the track available so it was worth it for them to miss a day of work to take advantage of the opportunity. But when they arrived, Brian started to figure out that something was up. He saw vehicles he recognized in the parking lot that had nothing to do with UTV racing and then it hit him. This was a set up! Mike had rounded up all their friends, family, and teammates including UTVUnderground.com all to surprise his dad with the ultimate UTV racers surprise birthday party!

We were honored to be a part of this fun party. Glen Helen had the MX track all prepped and ready for the pack of UTVs to go rip up. The day was filled with a bunch of roosting, laughs, BBQ and even a cake! We brought out our 2014 Polaris RZR XP1K to go shred and it was a ton of fun! The Magnum Offroad crew showed up with their John Deere Gator. Tyler, Dylan & Jaydn Winbury of the WagonBurner’s came out to play with their RZRs also. It was a solid crew of rippers and we had a blast.

Happy Birthday Boss, and thank you to Mike Gardner for having us out there to be a part of all the fun!