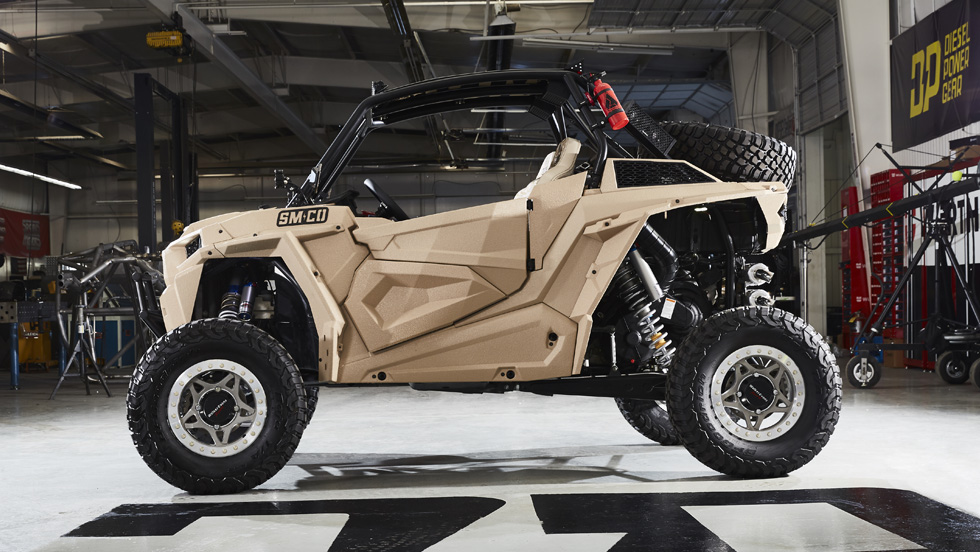 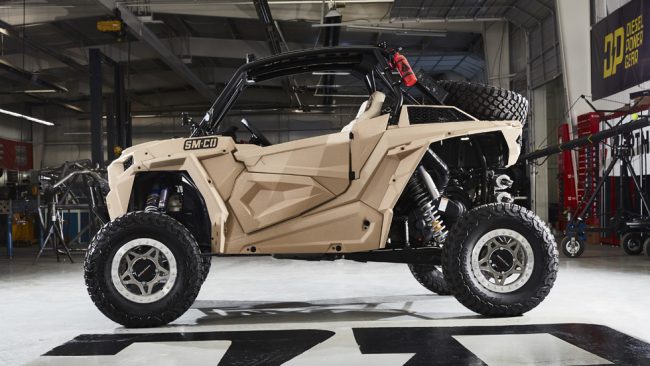 UTVUnderground.com has been supporting the Warfighter Made organization for many years now and it has been the most rewarding thing we have been a part of. Polaris RZR has also been a huge part in helping promote and support this amazing organization and this year they went to the next level with the RZR Salute To Heroes Campaign. Polaris kicked this campaign off alongside all of their partners to help raise dollars and awareness for Warfighter Made and in the process have put together some amazing prizes to encourage and reward those who donate. 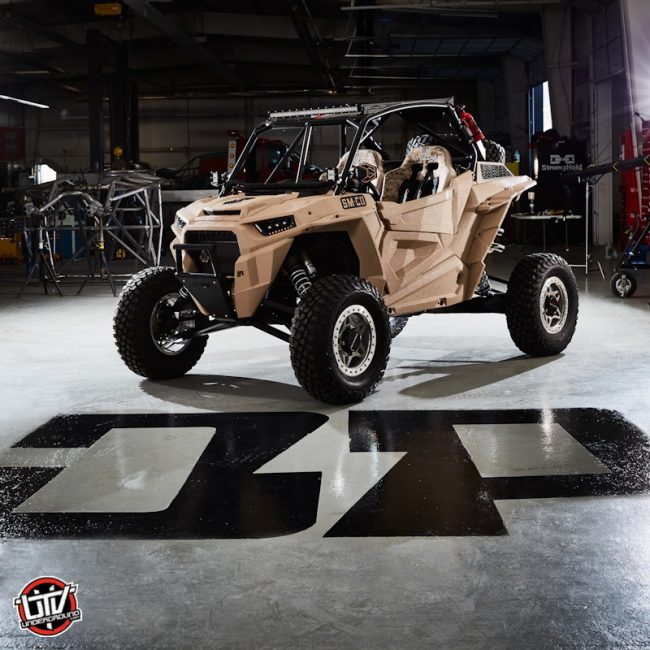 One of the newest partners to Polaris RZR has been Heavy D, Diesel Dave, and the rest of the Diesel Brothers crew. The Diesel Brothers are currently the most popular automotive show on the Discovery Channel and specialize in customizing and building over-the-top diesel trucks. Last year Polaris and the Diesel Brothers connected as the Brothers started building some insane RZRs both personally and for clients. UTVUnderground.com was looped in with Heavy D to help with a couple of these builds and this year we have been integrated to play a larger role with builds, two of which will be part of a multi part episode on Discovery Channel that airs mid June. 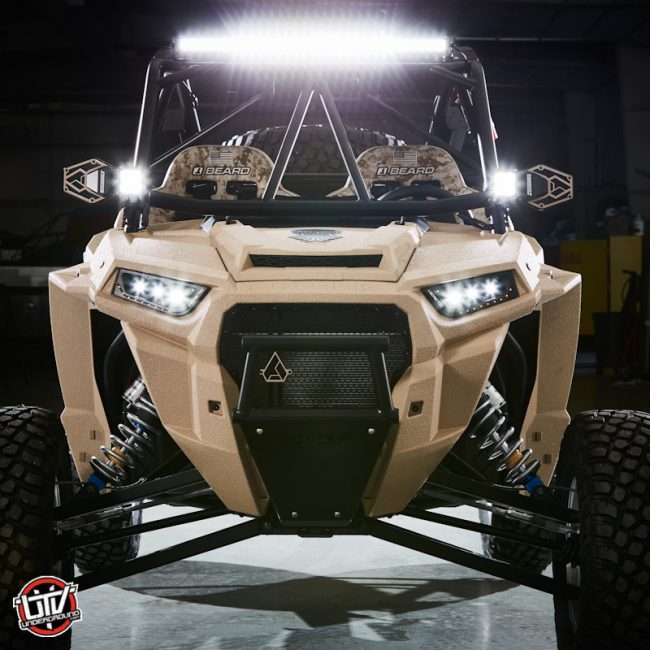 BUT, the most meaningful build we have been integrated into is the one you see here, the Diesel Brothers military themed Polaris RZR XP Turbo to be used as part of the RZR Salute To Heroes campaign. We were pegged to assist the team with specifying a build that would not only represent the Diesel Brothers, Polaris RZR and Warfighter Made, but also be be a build that everyone would want to own! The goal for this machine is to be used to encourage enthusiasts around the world to donate money to the RZRSaluteToHeroes.com website and with your donation be entered to WIN this bad ass machine! 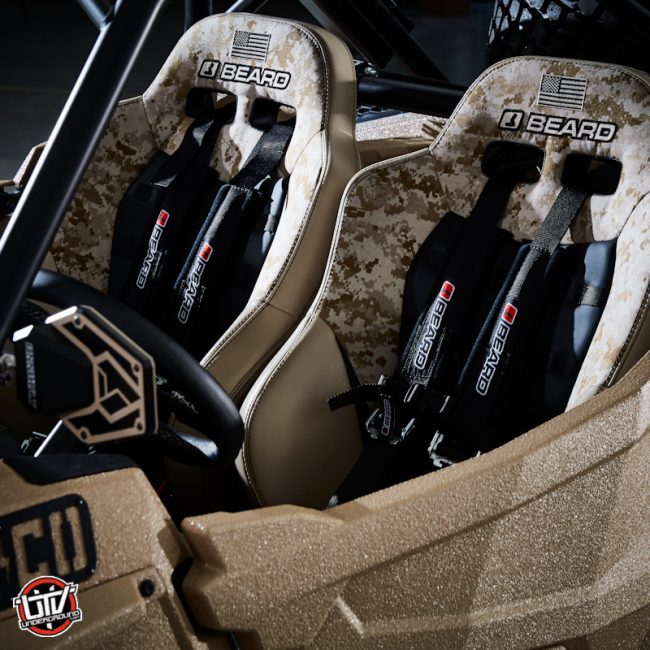 So, here it is! After months of planning and rounding up parts from some of the best companies in the sport, the Diesel Brothers with some help from Joey D. at UTVUnderground.com have constructed this bad ass RZR XP Turbo that YOU CAN WIN! Details are below, get entered and support Warfighter Made! 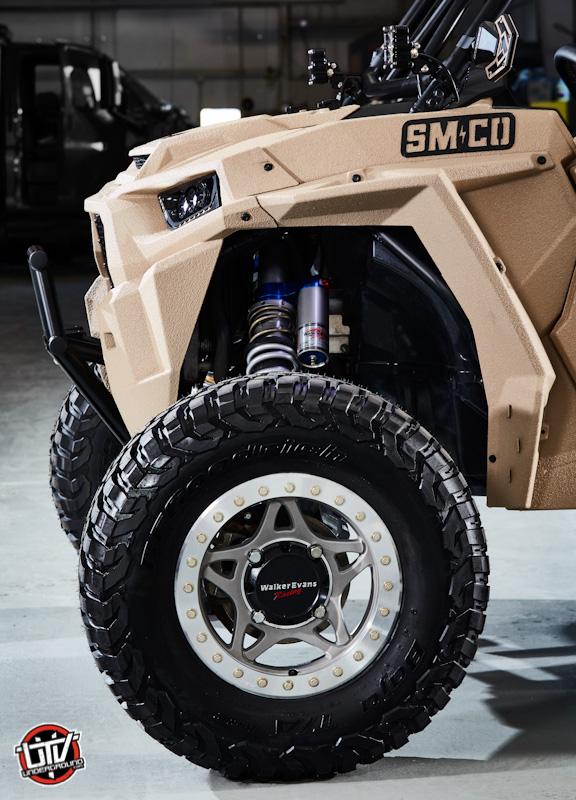 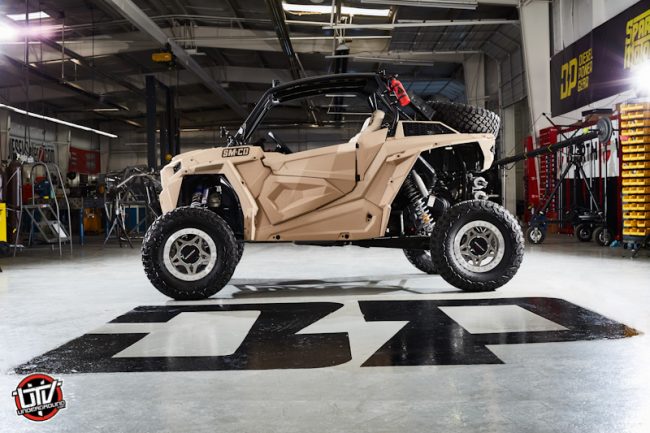 The Diesel Brother’s inspiration for the build came from the Polaris DAGOR and a few other DPV (desert patrol vehicles). They wanted to build something similar to what the military has used for years to quickly maneuver through off-road obstacles and insert troops. To make the vehicle as durable as possible, they coated the entire exterior in a Coyote Tan LINE-X bed liner.

This is the last week to donate through the “RZR Salute to Heroes”­ website. Those who donate will be entered to win one of 17 prizes, including the custom military themed RZR XP Turbo EPS grand prize!

In addition to donating, for every picture of a RZR, a RZR Life story, and #RZRLife or #RZRSalutetoHeroes post on social media, RZR will donate $5– up to $25,000 – directly to Warfighter Made!