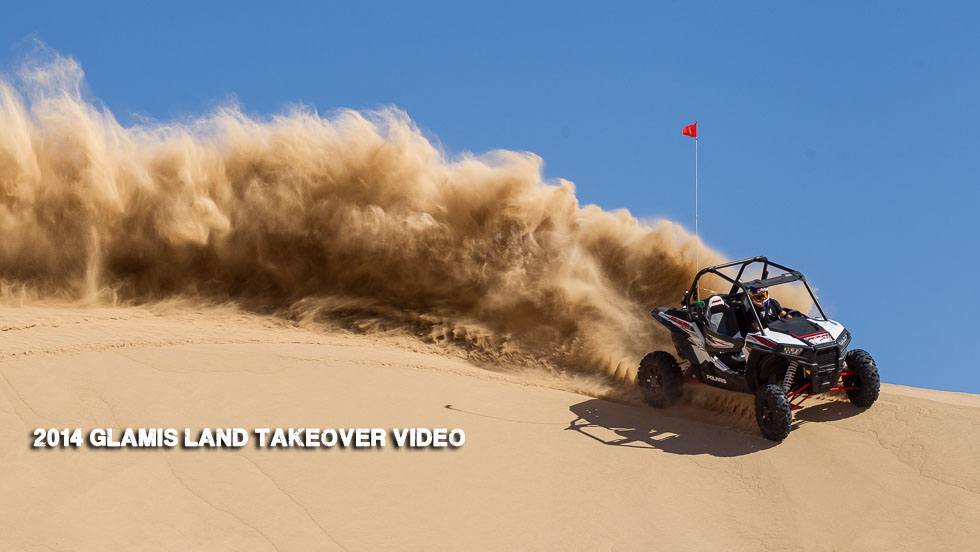 Fourteen years ago, a forty-nine thousand acre section of the Glamis Dunes was closed down for off-road use, primarily siting the protection of an endangered plant called Peirson’s Milk-Vetch (PMV). The closure, which was prompted by a lawsuit brought by The Center for Biological Diversity, the Sierra Club and Public Employees for Environmental Responsibility, has been a long fought battle headed by The American Sand Association (ASA) alongside the Bureau of Land Management (BLM), U.S. Fish and Wildlife Service and multiple other off-road organizations.

The land opening is one of the most historical events in favor of off-road enthusiast in recent history. The opening gives off-roaders access to treasured riding spots like: “The Wall”, The Ledge and the Airplane Crash Site.

On the morning of Saturday May 3rd, hundreds of off-road enthusiast volunteered their time to pull up the stakes outlining the closed area. Volunteers were handed shovels and stake pullers and sent out to pull up the boundary markers, officially opening the areas back to off-roaders. The ASA in conjunction with the BLM organized the event and Polaris Industries, Coyne Powersports, Mamma Jeannie’s Pizza, Fullerton Powersports, and The Glamis Beach store all donated water, food and free t-shirts to volunteers.

Read and see more photos from this event here on UTVUnderground.com