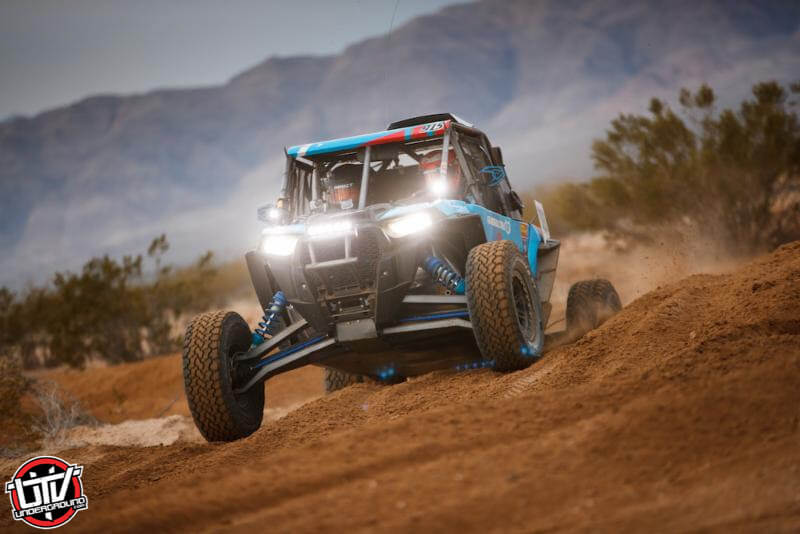 Professional off-road racer and world-renowned radio and television host Jim Beaver will climb back behind the wheel of his familiar #915 Polaris RZR in the UTV Turbo class at this weekend’s Polaris RZR UTV World Championship, returning to Laughlin, Nevada this April 4-7. After setting a promising pace at last month’s Mint 400, Beaver and his whole team are looking to finish what they started with a strong result at the world’s largest UTV race.

“The Polaris RZR UTV World Championship is an event unlike any other on our racing calendar,” said Jim Beaver. “I dove headfirst into UTV racing just a few short years ago with Polaris RZR, and I’m amazed by just how quickly the sport has grown, and how quick the race pace has become. That said, we proved at the Mint 400 that we’ve got the pace to score a strong finish, and we’re excited to prove it this weekend in Laughlin!”

2019 has been a massive year for Beaver already, both on and off the track. He began the season by running both Best in the Desert events in his hometown of Parker, Arizona, including his long-awaited return to Trick Truck in the Parker 425, before returning to UTV action at the Mint 400. Off the track, Beaver’s flagship Down and Dirty Radio Show Powered By Polaris RZR and Project Action on Podcast One have welcomed some of the biggest names in action motorsports. This week, he launched the new 4 Wheel Parts Down and Dirty Show Off-Road Edition Powered by Polaris RZR, and more announcements about new shows are coming soon.

The Polaris RZR UTV World Championship brings the world’s best competitors together in a celebration of all things UTV. The event features both desert and short course races, with well over 300 entries signed up overall, including more than 60 in the UTV Turbo class. Beaver will once again partner with co-driver Bryant Shontz to take on this year’s race, which spans 10 laps over a 17-mile course. The #915 Polaris RZR has finished each of the past two UTV World Championship races, and will be looking to make it three in a row on Saturday.

Before the racing action takes place on Saturday and Sunday, Beaver will tape his latest episode of the Down and Dirty Show Powered By Polaris RZR on Friday afternoon. The show will tape from noon to 1:30PM at the UTV Festival, held at the Riverside Resort Hotel & Casino in Laughlin. Many of the sport’s best-known figures will be on hand for exclusive interviews about their involvement in the UTV industry, racing programs, and more.

About Jim Beaver:
Jim Beaver is a professional off-road racer, nationally syndicated radio host, and TV personality. A 3rd generation race car driver who is currently competing in off-road’s premier Trick Truck division as well as being a factory Polaris RZR driver in the Polaris RZR Star Car. His radio show, the Down & Dirty Radio Show Powered by Polaris RZR, is the #1 motorsports radio show in the United States on iTunes, and is syndicated to 200 AM/FM networks domestically and available internationally on the American Forces Network. He has been instrumental in pushing off-road and action motorsports to mainstream America through various television, radio, print, and online appearances while actively competing in and covering the events. He can be followed online at @JimBeaver15 on Facebook, Instagram, and Twitter. More information on the Down & Dirty Radio Show can be found at www.DownAndDirtyShow.com, or by following @DownAndDirtyShow on Instagram.