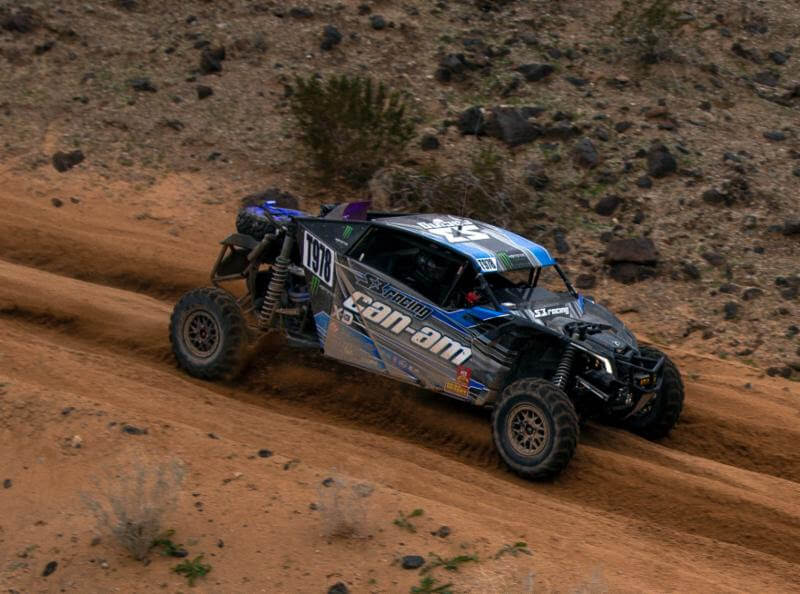 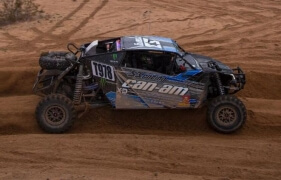 “Dustin Jones and the S3 Racing team had an impressive performance at the Best In The Desert Parker 250,” said Rhett Turpin, Director of ITP Sales at The Carlstar Group. “The ITP Ultra Cross R Spec tires once again proved they were up for the task, supplying him with the needed traction and reliability to pass more than 20 racers on his way to victory. We were pleased to see Jones back in the winner’s circle.”

In the UTV Pro Turbo class, 64 side-by-side vehicles entered the race, making an already challenging course that much more difficult. Jones (Bossier, La.) and co-pilot Dustin Henderson started the race in the mid-20s position; by the end of the three-lap, four-hour race, they passed all those who had started before them. Jones drove the No. 1978 Can-Am Maverick MAX SxS, dressed in 31-inch, 8-ply radial Ultra Cross R Spec Race tires, to the podium. His time of 4:34:48.128 was more than four minutes faster than the runner-up finisher.

“This was not an easy one to win and with so many other racers entered, it had the feel of a double-points race,” said Jones. “We were so thrilled to start the season off with a win because of all the talented desert racers we had to compete against at this round. A big thanks to our sponsors. Our Monster Energy Can-Am was just amazing and the Ultra Cross R Spec tires gave our car a lot of durable traction to help us last the entire four-plus hours out there in the brutal desert.”