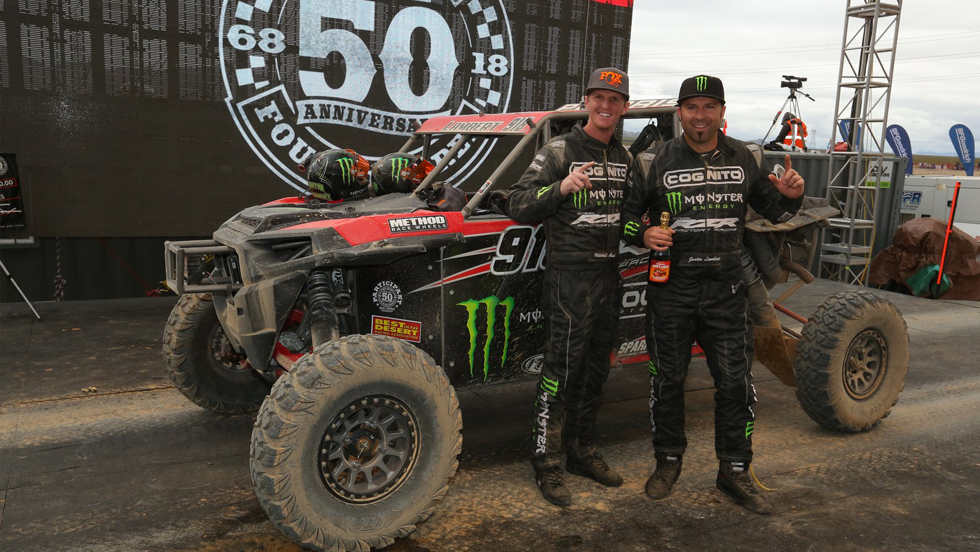 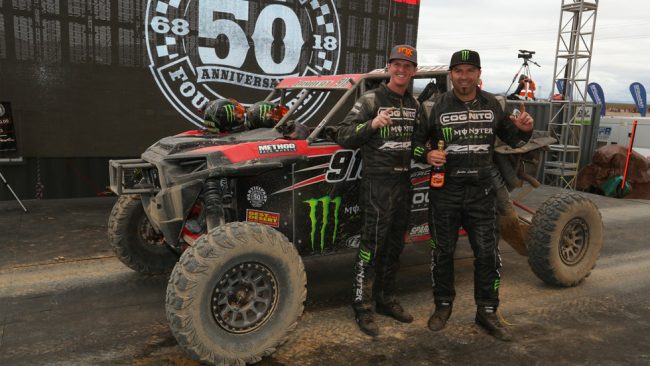 Primm, NV (03/10/2018) – Justin Lambert won the 2018 BFGoodrich Tires Mint 400 powered by Monster Energy. Driving a Polaris RZR XP Turbo, Lambert beat out Phil Blurton and Marc Burnett for the victory in the Pro UTV Turbo class. The event represented the second race of the 2018 Best in the Desert Series.

Lambert started 59th in the 69-car field and made up time during the race to take the lead on time during the final lap. This marked Lambert’s second Mint 400 victory and his first in the top Pro Turbo class. He won the Production Class in 2016. 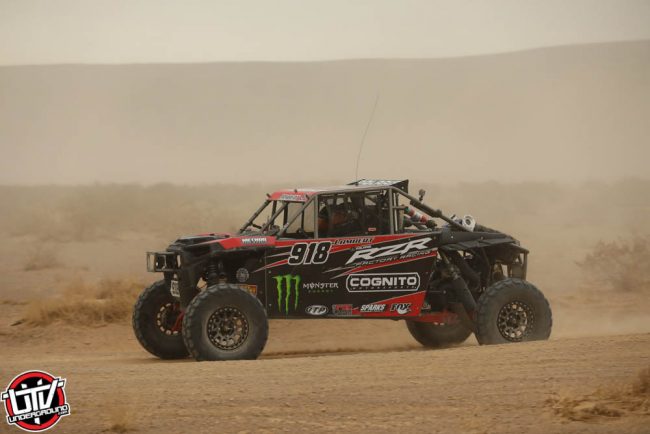 “It was a dogfight all day, especially on that last lap,” said Lambert. “We were gaining positions at every pit, we kept the tires rolling, and this Cognito Polaris RZR did its job. We had a tough year last year, so we’re glad to redeem ourselves. We had to pour it on in the rough stuff and the tight stuff.”

Defending Pro Turbo champion Phil Blurton finished physically first and second on adjusted time in his Can-Am. After differential problems took him out of contention in the first race, he updated his car and had no issues during the event. 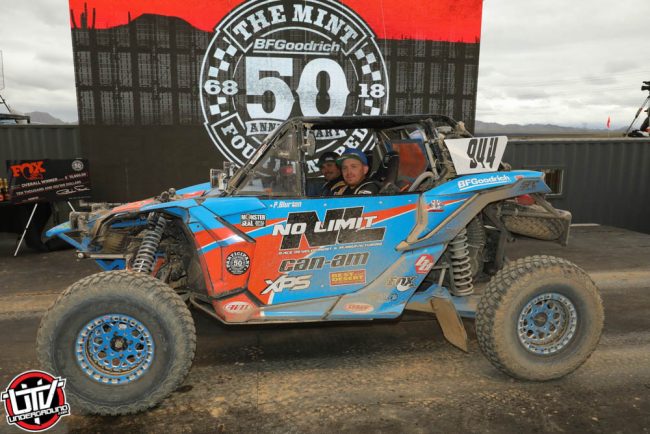 “We just cruised along and maybe cruised a little bit too much on the first couple of laps,” said Blurton. “The track was brutal, but it was exactly what we expected. The tight stuff is where we excelled the most and we like these conditions.”

Mark Holz with sons Ryan & Jeremy, finished third in their brand new Polaris RZR XP Turbo. After some confusion on the part of BITD gathering finish line results, it was confirmed although still unofficially that Holz in fact overcame Burnett who was initially celebrated as the third podium finisher. 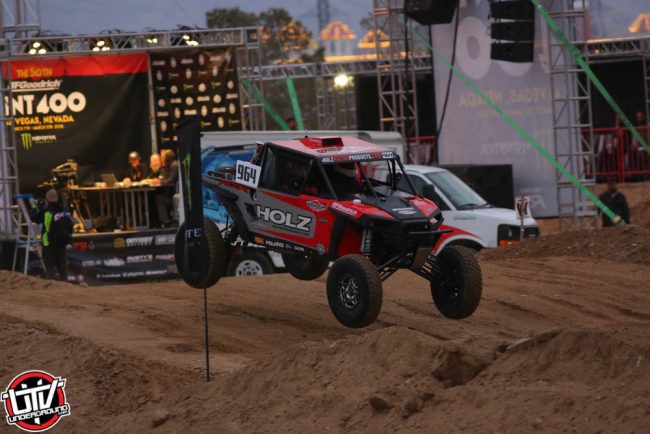 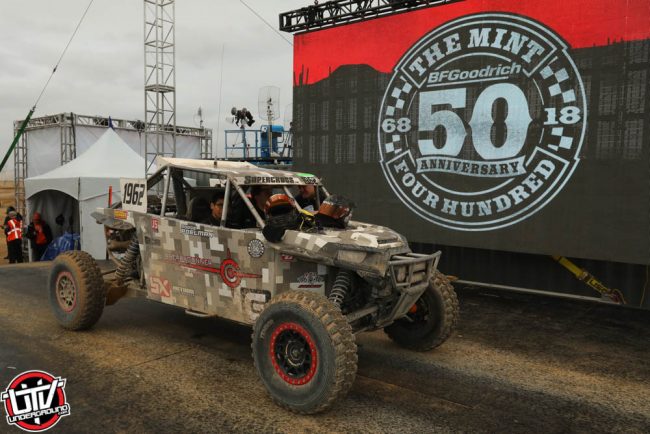 Dodge Poelman took home his second win a row in the Pro UTV N/A class in his Polaris RZR while newcomer, and first time professional BITD desert racer Seth Quintero would finish second. Kristen Matlock would round out the podium unofficially making it a Polaris RZR sweep for the class. 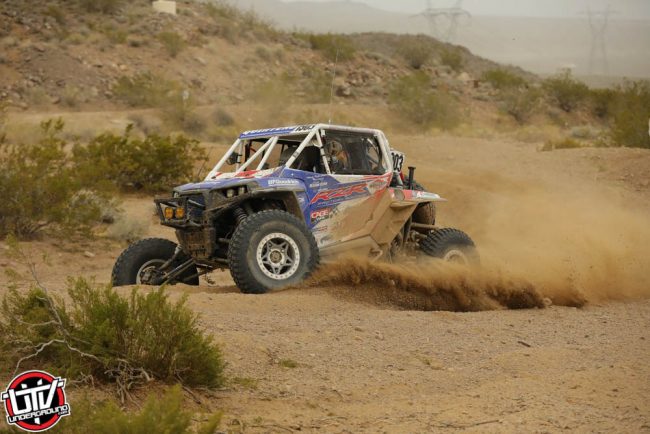 Stay tuned to UTVUnderground.com for full coverage of the Mint 400 with a more detailed report as well as official results. 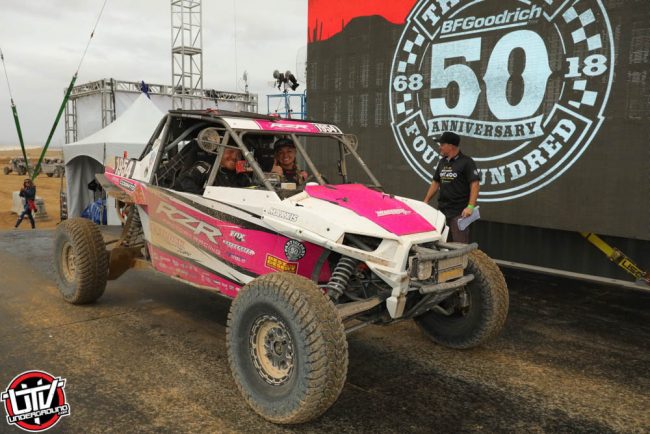