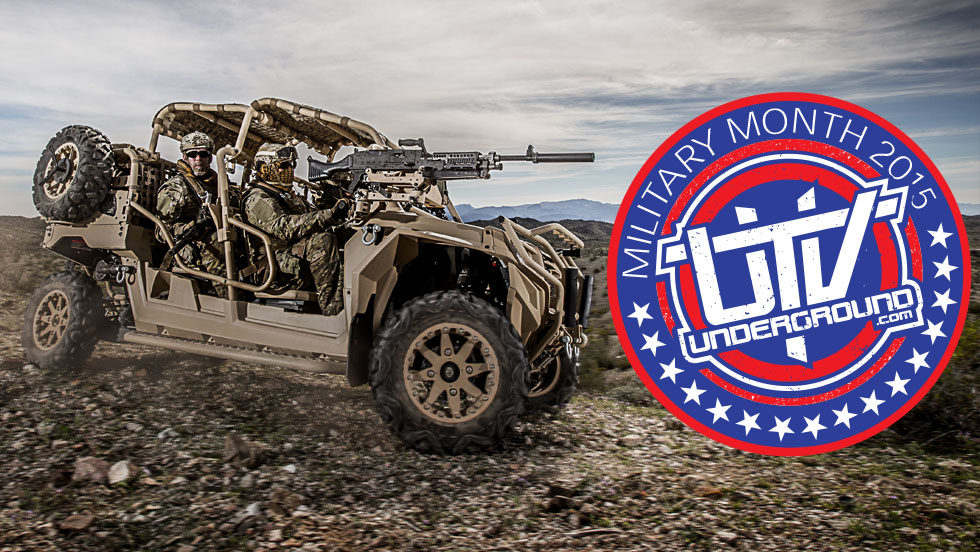 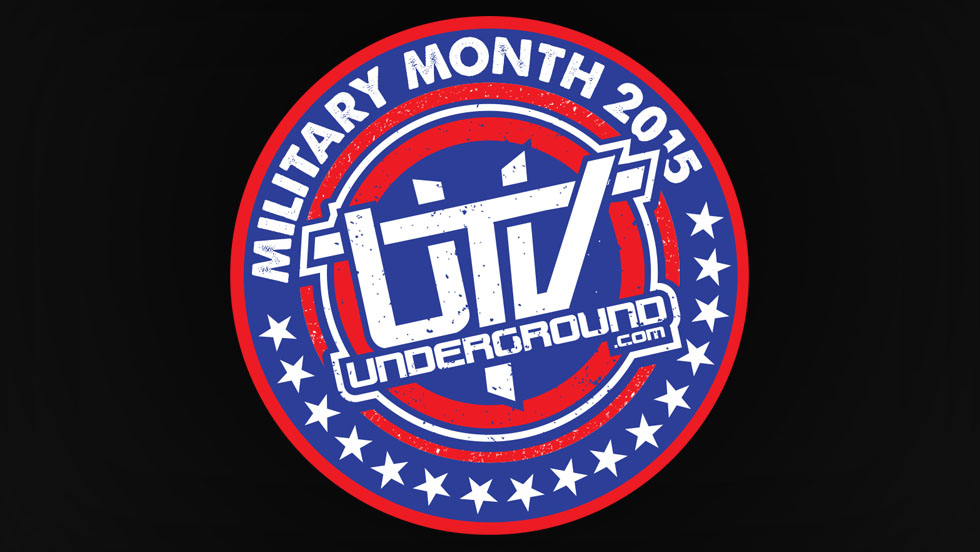 Its official! Military Month is here on UTVUnderground.com. Our goal is to use the month to not only show appreciation to the men and women of our armed forces, both past and present, but to also raise awareness for the Warfighter Made organization. We hope in the future that the month of July will be embraced as Military Month across the world of off-road and that this idea will spread across our industry.

Did you know that 22 veterans commit suicide each day? Its true, and its disturbing. Citizens across our nation are working hard to bring awareness to this terrible reality. Visible scars, while also very serious, are more easily addressed and treated. But its the invisible wounds that are so hard to see, and much harder in many cases to treat and cure. Most of us will never understand just how deep the wounds of combat go. I hope hearing this statistic makes you as motivated to help veterans and those still enlisted as it does us. That is why we want to encourage all of you to reach out, thank a veteran and our enlisted soldiers, tell them you are grateful and let them know we do care.

Why is UTVUnderground.com supporting Warfighter Made (WFM) ? We aren’t picking WFM out over anyone else, we are behind anyone who is playing a role in supporting our nations military. We are also not saying you only have to support WFM, there a host of amazing organizations like them who are doing great things and we would encourage anyone to support any organization who does this great work. But we have built a special relationship with WFM over the past year thanks to the introduction from our friends Jeremy & Jason Merrell of the UTV Wolfpack. We have been lucky enough to work with WFM and have chosen to adopt WFM as our charity of choice because we have seen first hand how WFM helps both veterans and enlisted members of the military. Polaris RZR has also gotten behind WFM, donating multiple machines so that they can further expand their recreational therapy program. Many in the off-road community have embraced WFM, we want to see that support increase!

What is Warfighter Made and what do they do? WFM is an organization founded by veterans Robert Blanton, Brian T. Meyer & friend Butch Lynch. This trio of friends wanted to create a non-profit organization that would allow them to help and rehabilitate their injured brothers and sisters. Robert and Brian suffer from their own physical and invisible scars due to their years in combat. WFM has 3 main goals in helping veterans:

“We adapt, and customize a combat wounded Veteran’s vehicle, so they can continue doing the things they enjoy, while their vehicle reflects their individual personality.
We invite ill, injured and combat wounded Veterans to participate in our recreational therapy trips. These adventures include shooting at ranges, participating in Lucas Oil Off Road events, our out door adventures with our Polaris RZRs.
We work with other like minded nonprofits, businesses and individuals to ensure the Veteran gets the best experience possible.”

We are working with Polaris RZR and other companies in our sport to raise money for Warfighter Made so that they can reach a goal of purchasing a permanent headquarters so that they can further expand their services of helping ill and injured combat veterans. We are asking everyone to make a donation to WARFIGHTER MADE!

We live in the worlds greatest country, no doubt about it. We go about life with a freedom that few around the world truly understand. But as the cliche goes, freedom isn’t free. Its because of this sacrifice that we want to say thank you and honor these courageous heroes who continue to work every day to ensure our freedom. Join us by saying thank you, tagging #MilitaryMonth on social media and help us show our nations military that the UTV & off-road community stands behind them! Help us make the month of July Military Month every year!!

Stay tuned, we have a host of awesome content coming starting this week, you won’t want to miss it!

If you or your company want to join UTVUnderground.com, Mad Media, and Polaris RZR in supporting Military Month in off-road please send us an email to [email protected] We are offering advertising incentives for the month of July with all proceeds going to Warfighter Made. 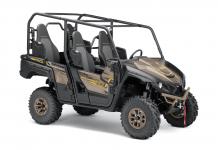