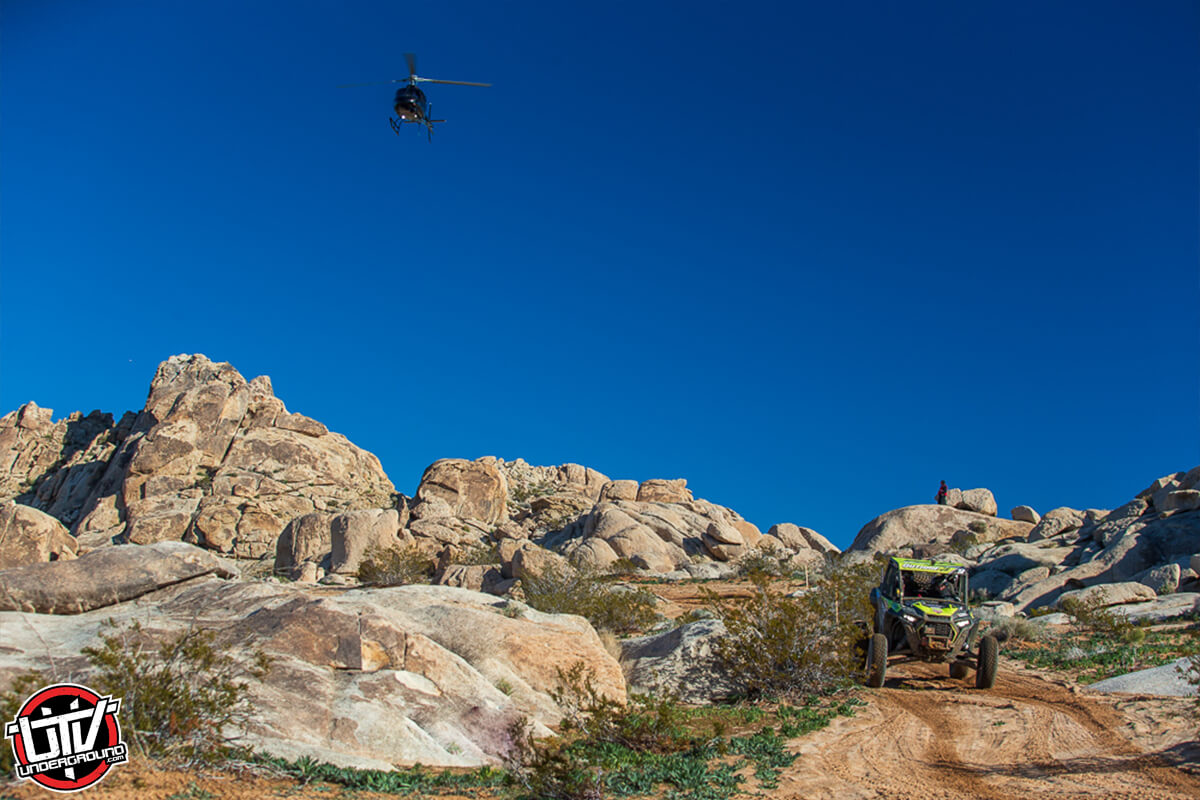 It’s no surprise to see the name Mitch Guthrie atop the final results of King of the Hammers’ annual UTV race—he’s won it a record six times. But for the last two years, it’s been Mitch Guthrie Jr. following in his father’s footsteps and taking the win in one of UTV racing’s most challenging events.

Guthrie Jr. was the first to conquer this year’s 160-mile course on Sunday, featuring more than 90 miles of desert racing combined with tricky rock crawling sections like Outer Limits and Spooners. Ultra4 regular Wayland Campbell, who will also compete in Friday’s 4400 race, was second, while Branden Sims backed up last year’s runner-up finish with his fourth career KOH podium in third.

“I definitely felt pressure after winning (last year), but you learn to deal with it,” Guthrie said at the finish line. “I’ve been racing for a while, and you have to think about it as another race, but in the back of your head you know it’s King of the Hammers, and it’s the biggest race of the year.”

Unfortunately, father and son wouldn’t join each other on the podium as they did in 2018. Mitch Guthrie suffered a roll on the first lap of the race, registering a DNF instead of backing up last year’s third place run.

“I didn’t know where my dad was on the course, but then I saw him at the finish and I said, ‘It must have been a bad day for you,’” Guthrie added. “It’s definitely a bummer, cause I wish we went 1-2, but I heard he had a bad roll so I’m glad he’s OK.

“(He’ll) be back. He has six wins, so I still have to win four more to catch him. He’s still the King in my book.”

“The first part of the race was desert so we just cruised,” Menzies explained. “I just wanted to get the car to the finish and have fun. It’s the first time I’ve been passed by a bunch of guys in the desert, though. Friday was my first time driving in the rocks, and (Sunday) was my second day in the rocks. I’m used to going 140 mph, not 3mph. The rocks are technical, it’s very challenging, and you have to be smart.”

The full list of King of the Hammers UTV Race finishers is below:

Check out our exclusive gallery from King of the Hammers below!