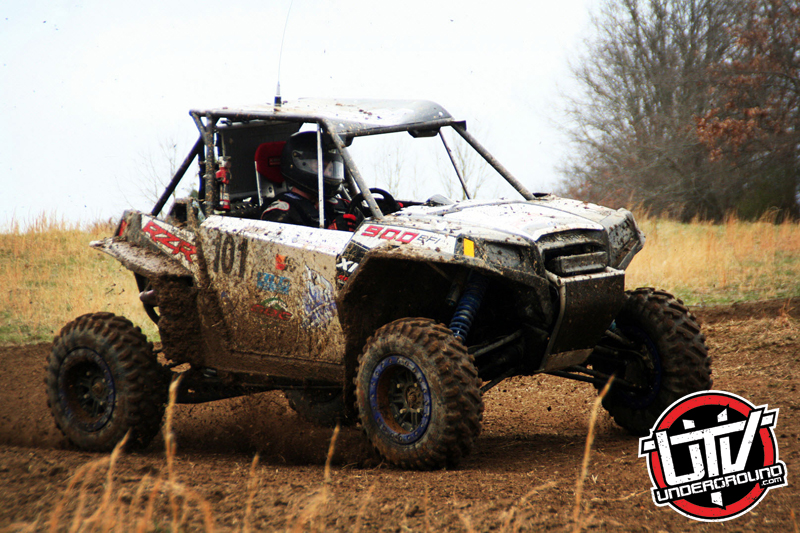 Months and months of deep thought, work and re-work culminated on Friday around noon when I put the finishing (functional) touches on the new center seat RZR XP900 race car. I was to qualify for round 1 of the ECORS series in Dayton, TN at 5PM that evening. That means we would just barely make it to the track in time for qualifying, literally taking the last available minute to finish the car.

My Dad was generous enough to help me finish up the car and make the trip with me to Tennessee (~4 hour drive). We heard rumors of bad storms and cold weather from everyone we talked to and every radio station along the way. I wasn’t at all excited about putting a brand new car into a mud race. They’re never the same after that.

Arriving at the track, after several stops for groceries (long story), fuel, and one flat trailer tire, I was very happy to see that the track conditions were near perfect. In fact, it was even a little dusty.

Since we were late getting there, and it was now dark, I decided to only take the car out for one qualifying session, two laps. Everything was great during qualifying, but seeing that this was my first time with the car in the dirt, it was a very weird feeling driving in the middle of the chassis. After a few minutes of getting used to it, all of the hard work, time spent and money spent was vindicated. This was literally the best performing SXS I had ever driven.

What surprised me the most about the performance was its ability to slide into a corner without feeling at all top heavy. The car is balanced within a couple of pounds left to right, but I think this turning precision is more attributed to the extra weight on the front end. With me sitting in the car, the weight balance is 55% (rear), 45% (front), about 10% more on the front than the stock car.

Another huge benefit is the reduced weight. The entire car performs better on a diet. I couldn’t be happier with how well the King Shocks soaked up the rough terrain at very high speeds. There were sections of the course where I was hitting almost 70 MPH.

Benchmark Performance built a killer engine for this vehicle and Chris has been there with me to sort out any issues immediately. The power delivery is strong and smooth, thanks to help from Dale at DirtyDawgPerformance and their RZR XP 900 clutch kit.

Another pair of companies I can’t overlook for this vehicle are GBC Motorsports (27″ GBC Dirt Commanders) and HiPer Racing Wheels. Those two companies kept our 2012 vehicle’s power to the ground for over 60 hard race hours last year with only one single failure. I’m very proud to have them on board again this year. 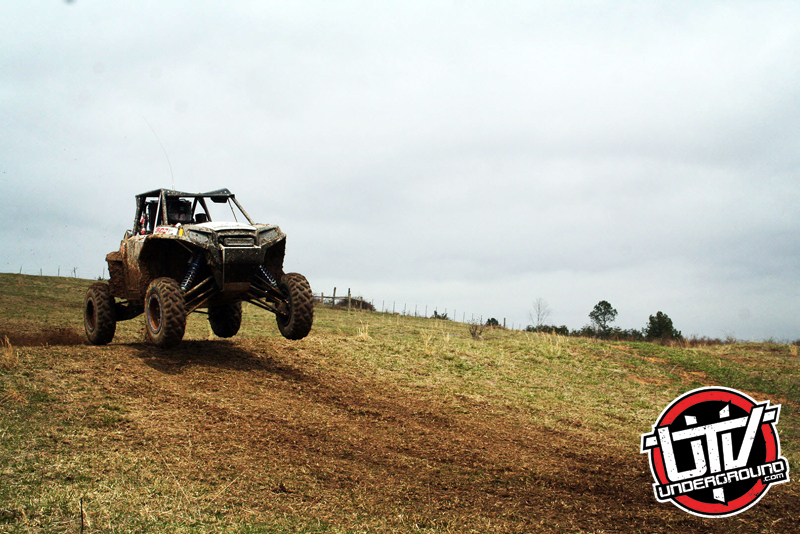 And, for the race…

As I left the line, a big smile came over my face. This car has literally rejuvenated my desire to go fast. All of the parts work seamlessly together to produce well oiled machine (thanks to Driven Racing Oil) that is literally fun to drive. The car was crazy fast, but suffered from a couple of mechanical, first-race demons that put me out of the race. No lasting damage was done to the car. We had the fastest lap times of the race and passed well into the field in front of me (adjusted time) before the problems occurred.

Huge congratulations and thanks to Rob and all of the ECORS crew for putting on another spectacular event. For more information and a schedule for this series, to gohttp://www.ecors.com. 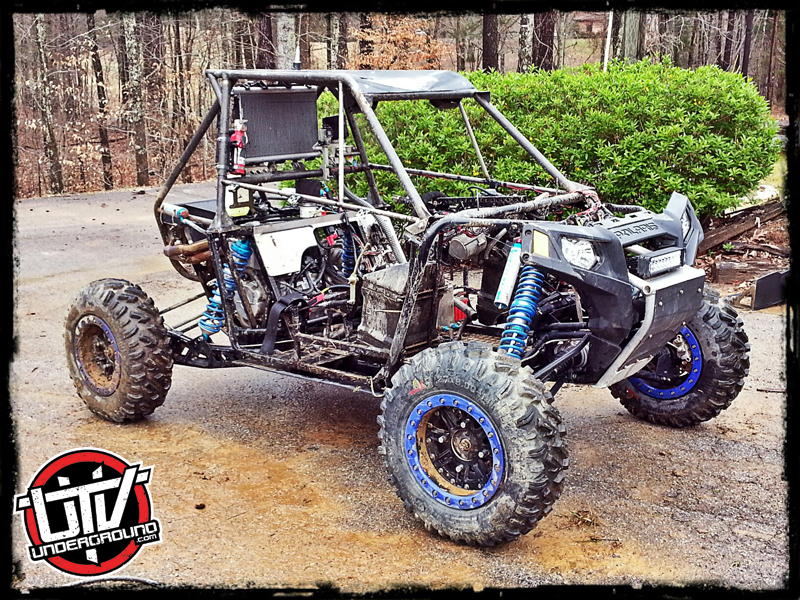 The repairs have been made and we’re ready for the next race, this coming weekend at Durhamtown, GA for the opening round of the GORS series.

After the race this weekend, the car will be torn back town and finished up with cage paint and a full wrap. 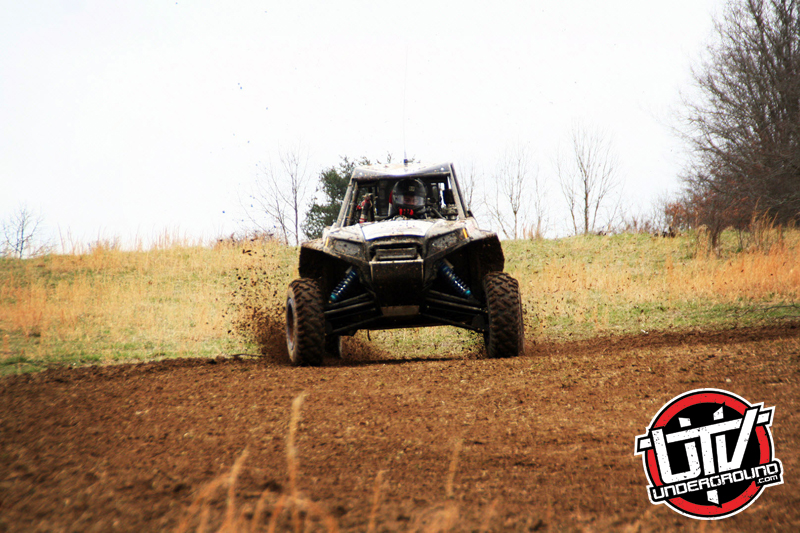 Along with the companies mentioned above, I would like go give mention to the following companies who have been essential in getting this car onto the track: