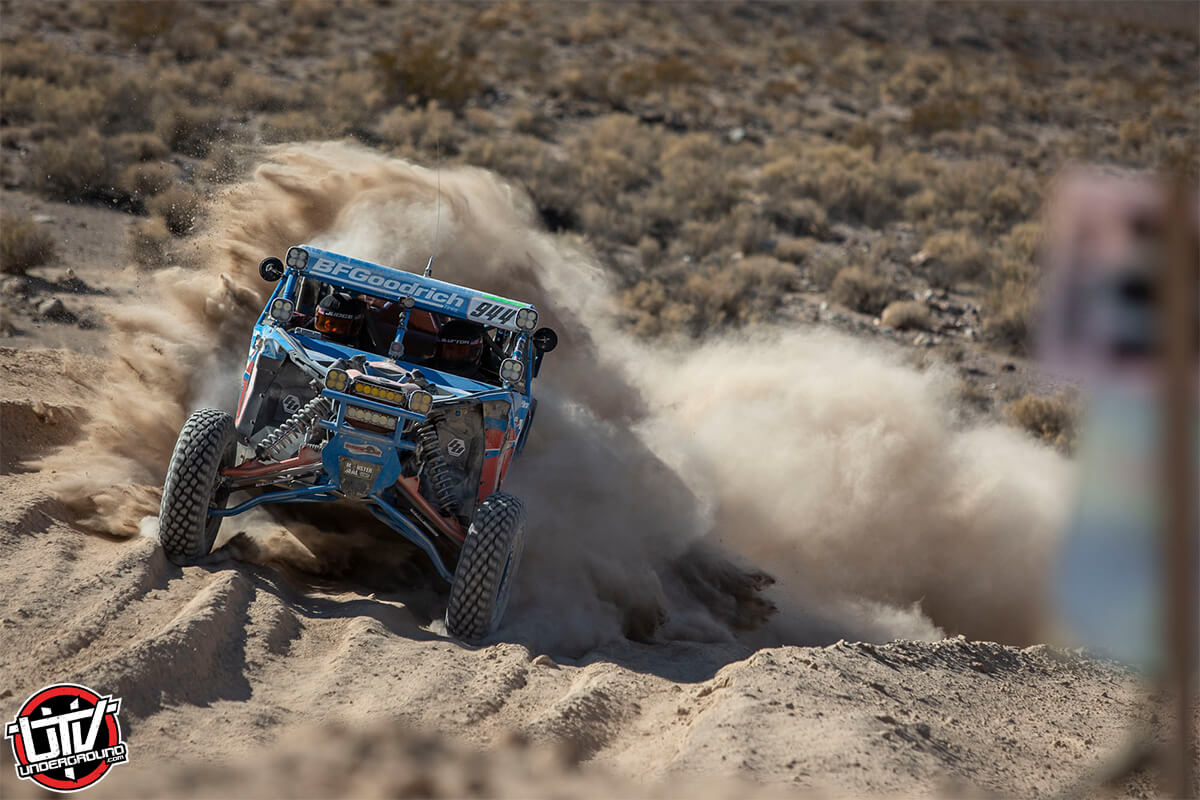 No Limit SXS’s Phil Blurton clinched the 2018 Best in the Desert UTV Turbo championship, his second class title in a row, with a victory in Saturday’s Pahrump Nugget “250.” Blurton’s time of 4:26:05.132 was just over 10 minutes better than runner-up Sven Ellstrom, while Dustin Jones placed third in class.

Blurton entered the event with a 37-point advantage over Branden Sims, who finished 10th in class with a time of 5:03:48.298. Jacob Carver, who came into Pahrump third in the UTV Turbo standings, completed the top five, just over a minute behind Mitch Guthrie Jr. in fourth. The front runners were split evenly between Can-Am and Polaris entries, with each brand placing five entries in the top 10. 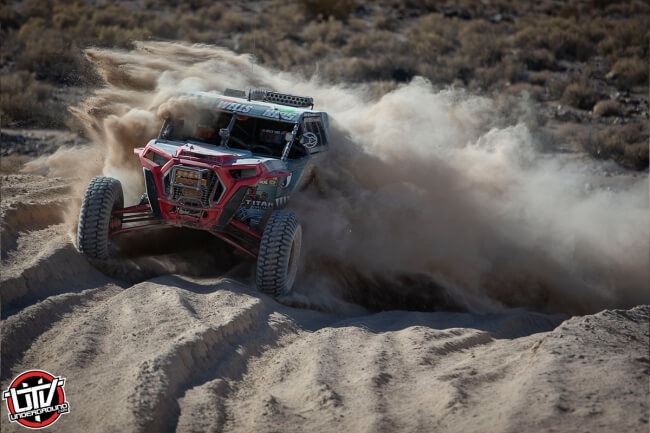 In UTV Production, Mike Deley did what he needed to by posting a class win, but Kaden Wells’ runner-up finish enabled him to preserve his championship lead and take the title. Wells led the standings, 670-653, coming into the event; both drivers earned 60 points for starting and finishing, but Deley’s 68 points for winning weren’t enough to fully erase the advantage as Wells earned an additional 60 for placing second and swept both the BITD and SCORE class titles for 2018. Ryan McIntyre completed the Production podium.

The UTV Unlimited podium mirrored the top three in points coming into the event, as Brett Comiskey led Michael Isom and Jeramiah Drew to the finish on Saturday. The trio were separated by just over 10 minutes in the final results.

31 UTV Turbo racers competed in total, with 23 eventually making it to the finish line. Finish rates were similarly high for UTV Production, which produced 14 finishers out of 18 starters, and UTV Unlimited, where four of the five starters completed the race.

Class podium finishers at Saturday’s Pahrump Nugget “250” are as follows:

Check out our exclusive gallery from the Best in the Desert Pahrump Nugget “250” below!