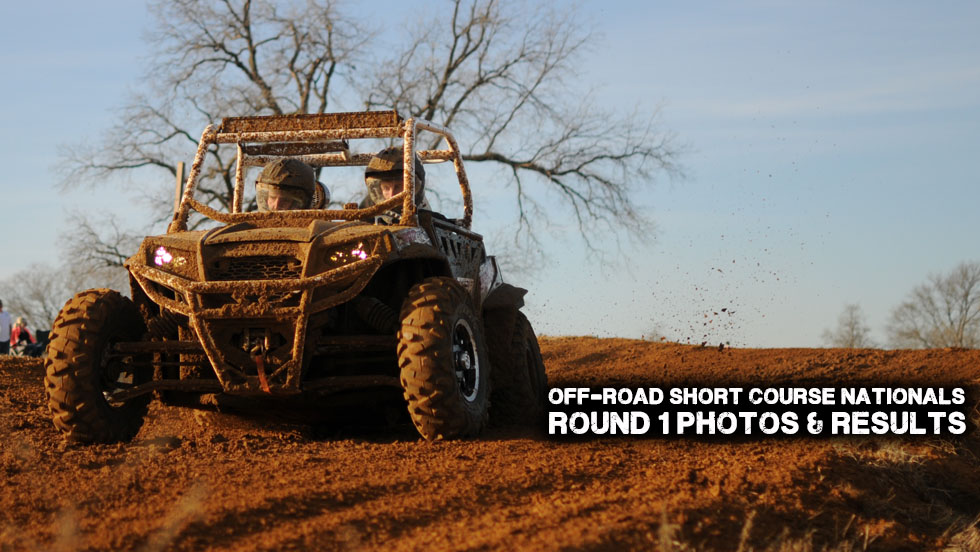 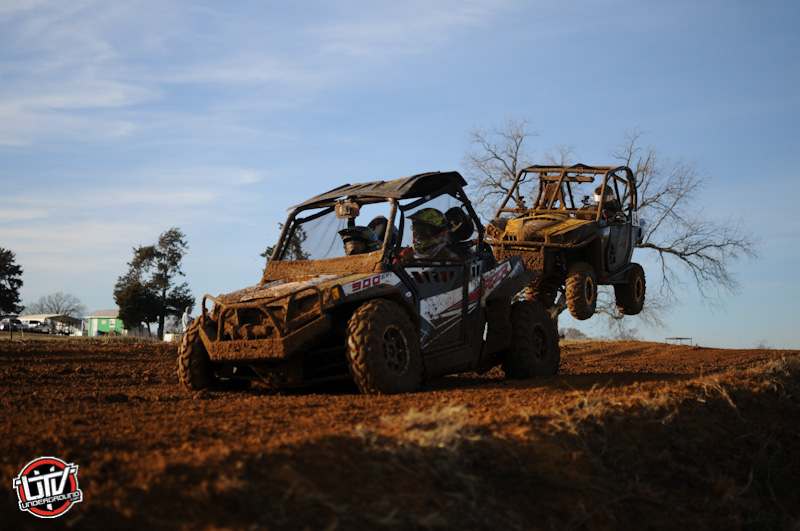 Crowley, TX – Off-Road Short Course Nationals (OSCN), presented by Podium SxS, kicked off Round 1 this past weekend with an awesome race hosted at North Forty Cycle Park in Denison, TX . The weather started off with chilly temperatures around 30 degrees, but turned out to be a beautiful day with temperatures in the mid 60’s. North Forty Cycle Park provided a short course opportunity that as not found in North Texas. It packed a lot of fun for the drivers and entertainment for the spectators.

There were a total of 38 registered drivers for the 2014 OSCN Round 1 Inaugural race. The Youth Class (ages 6-12) had 2 racers, the Sportsman Class had 24, and the Pro Class had 12. This as an amazing turn out for the opening race of the OSCN Series.

In the Sportsman Class, Brian Reiter, who qualified for the pole position in his Pro Armor Polaris RZR XP 900, finished first overall. Brian made this comment about the first OSCN Race, “The OSCN is a new short course series that just started and is very well run, I would like to thank everyone who helped and sponsored this series.” Austin Sides came in second overall and Trent Lawler took third. 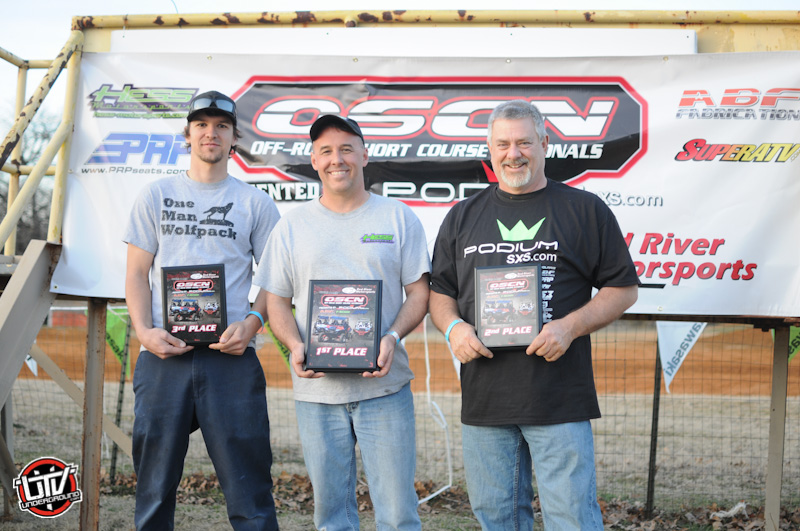 In the Pro Class, it was a close race between Shawn Hess (of Hess Motorsports) and Joey Pratt. Hess would take the lead off the start but Pratt, who qualified on the pole, was able to make a pass on Hess shortly after, and would hold this lead to finish first overall in his Polaris RZR XP 1000. Hess suffered a bent shock, which would put Manuel Esquivel in second and Hunter Ratteree in third. 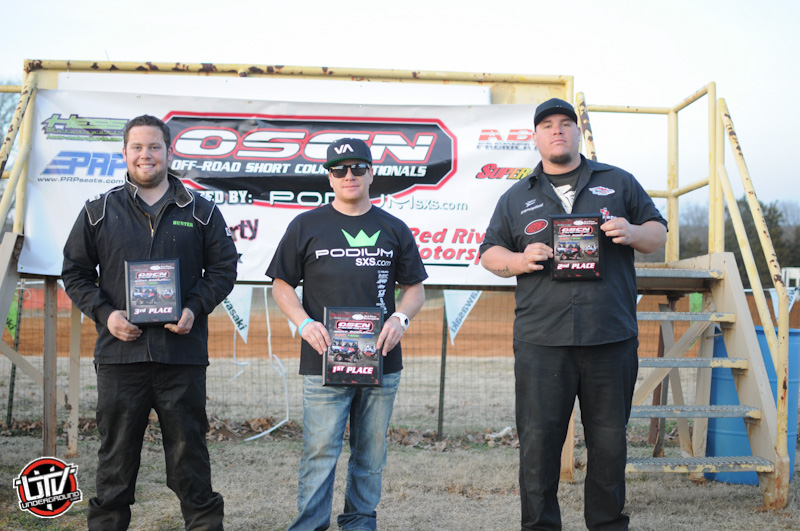 OSCN would like to take the time to acknowledge all of our sponsors: ABF Fabrication, Podium SXS, Super ATV, Red River Motorsports, PRP Seats, and Hess Motorsports. We apprecwate their support and contributions to the event. Also, we would like to extend a big thank you to North Forty Cycle Park and their staff for hosting such a great event. The prep work that went into this event as no small feat. Every yard of dirt turned to make the track suitable for our UTV racers as well thought through with the assistance of Podium SxS owners, Drew Boterf and Aaron Boterf, along wth a few UTV racers that were invited out to do track testing. Shawn Hess had this to say about the event, “The event was a lot of fun and had something for all skill levels. Just like any new event there is room for some improvements wth the format and track layout, but I have no doubt that the promoters are working through it. The venue is great and I look forward to the next one.”

OSCN Round 2 will be held February 16 at North Forty Cycle Park. There are already many changes and improvements being made to the track to make Round 2 even better. For details about the event, visit PodiumSxS.com or OSCN on Facebook at Facebook.com/OSCNracing. 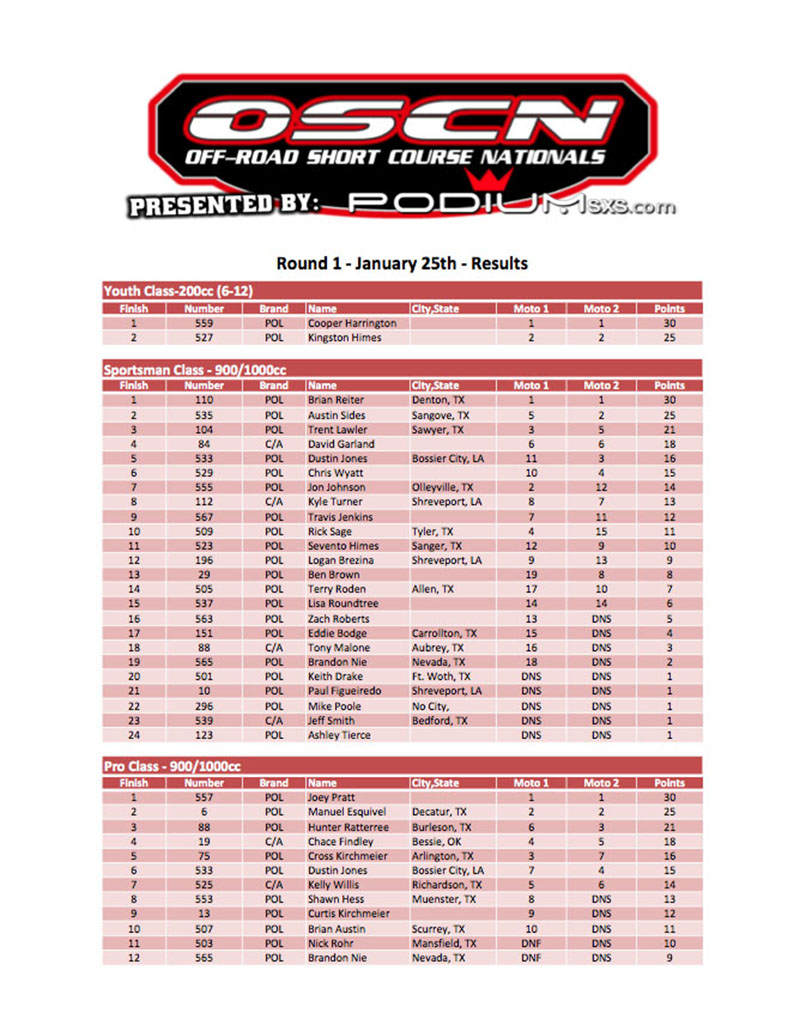