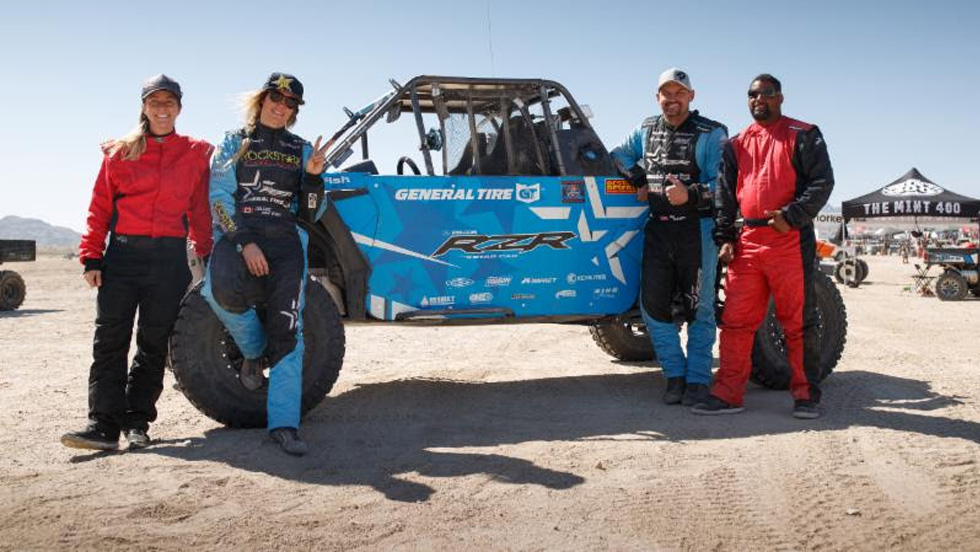 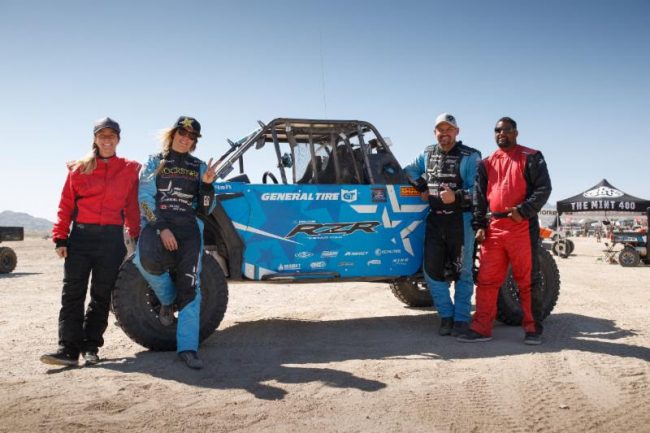 Strong finish for Polaris RZR Star Car at UTV World Championship
Jim Beaver and Jolene Van Vugt welcomed journalist co-drivers to the team
LAUGHLIN, Nevada (April 17, 2017) – The Polaris RZR Star Car earned a hard-fought finish at the Polaris RZR UTV World Championship this weekend in Laughlin, Nevada. The race featured 160 miles of challenging desert terrain, and saw an entry of 270 UTVs.
Joining regular team drivers Jolene Van Vugt and Jim Beaver were a pair journalist co-drivers who said the experience gave them a new perspective on the sport of off-road racing.
“You see all the media guys out there in vests on the side of the course; that’s what I normally do. It’s way more fun inside the car,” said Shaun Ochsner, a video producer for FourWheeler and Truck Trend Networks. He sat shotgun for Beaver for two 16-mile laps, calling out hazards, radioing progress reports to the team in the pit, and manning the horn to warn slower cars ahead that the Polaris RZR Star Car was about to overtake.
Guest co-driver Alyssa Roenigk also took a two-lap turn. She said she enjoyed the sense of trust and teamwork that developed during the race.”The co-driver’s job appealed to the analytical part of my competitive mind. I had the most fun when Jim was blind in the dirt and the dust and I was his eyes as the co-driver,” said Roenigk, senior writer at ESPN The Magazine and espnW. “Once you’re in the middle of the race, you realize there’s a real responsibility to do the job in that seat.”
After co-driving for the opening two laps of the race, action sports star Van Vugt swapped into the driver’s seat for the final three laps, while Beaver traded into the co-driver’s position. She said she was excited to find a solid pace behind the wheel and bring the car to the finish line.
The Polaris RZR UTV World Championship returned for its third year to the desert outside Laughlin, Nevada, with a record entry. The 16-mile course consisted of 10 ever-changing sandy laps featuring a technical mix of terrain that included deep whoops, banked turns, and sharp rocks. The huge field saw UTVs line up row upon row, 18-across, for a land rush start. The Polaris RZR Star Car finished 20th out of more than 50 starters in the UTV Turbo class.
The 2017 Polaris RZR Star Car brings together a host of celebrity guest drivers together to race a Polaris RZR XP 4 Turbo EPS for four exciting stops. Safety gear for drivers and co-drivers of the Polaris RZR Star Car is provided by Impact Racing.
Roenigk is a sports reporter and author who also appears regularly in front of the camera. A senior writer at ESPN The Magazine and espnW, she has worked as a key member of ESPN’s X Games broadcast team and spent two seasons as the pit reporter for the Global RallyCross series. In 2015, Roenigk and co-driver Chrissie Beavis became the first U.S. team to win the all-women’s Gazelle Rally in Morocco.
Ochsner is a content creator with a love of dirt sports. A video producer for FourWheeler and Truck Trend Networks, his editorial and photography has also been featured in JP Magazine and DirtSports + Off Road Magazine.
The team’s participation in the four select Best in the Desert races is documented in a series of online videos by Mad Media, released throughout the season.
Pro racer and television personality Tanner Foust joined the Polaris RZR Star Car at the Mint 400 earlier this year. The driver set a Top 10 pace in the contest and said he was impressed by how durable and capable the vehicle was in the race’s notoriously rough desert terrain.
The Polaris RZR Star Car will next appear with special guest drivers at the General Tire Vegas to Reno, presented by FOX, Aug., 18-19, in Las Vegas, and conclude its four-race season at the Pahrump Nugget 250, presented by Supercross.com, Nov. 30 – Dec. 3, in Pahrump, Nev.
Follow the Polaris RZR Star Car this season on Facebook, Instagram and Twitter at @PolarisRZR, and by using the hashtag #RZRStarCar and #RZRLife. Find Jim Beaver’s Down & Dirty Radio Show online at www.downanddirtyshow.com and through all podcasting channels. 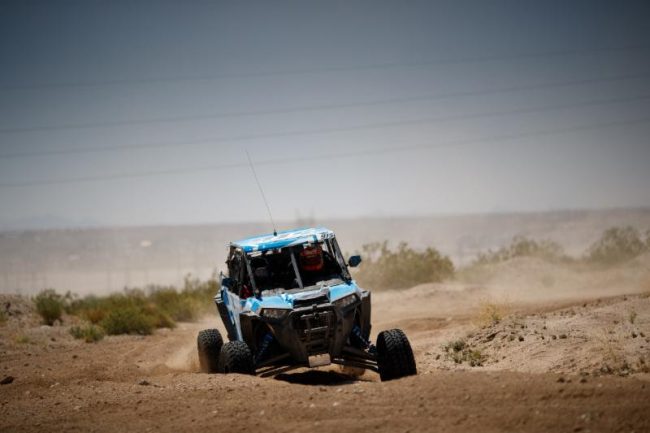