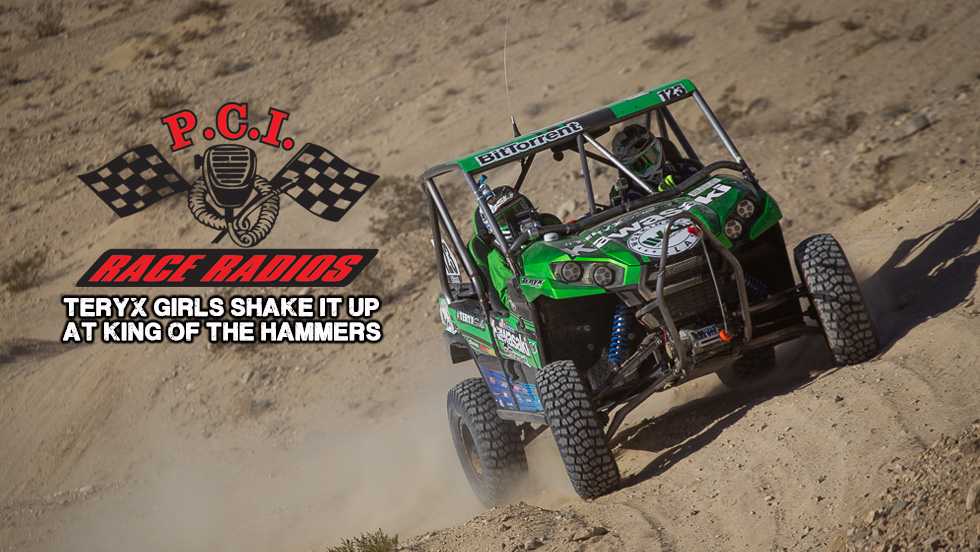 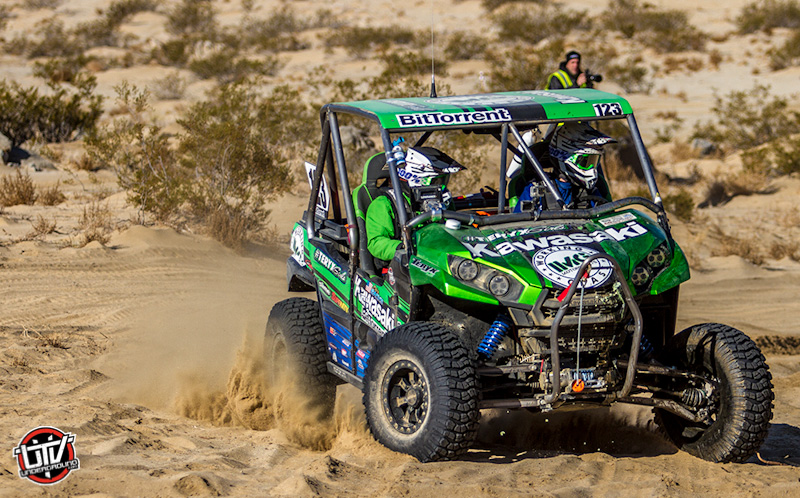 Teryx Girls Shake It Up At King of the Hammers

Sara Price & Erica Sacks better known as “The Teryx Girls” showed up to Hammer Town with their custom built 2016 Kawasaki Teryx ready to join the other 60 UTV’s on the start line February 3, 2016 for the coveted King Of The Hammers (KOH) race. Sara and Erica did their homework, from training to pre running, and learned all they could about the terrain and course as they prepared for this years KOH event. They were as prepared as one could be for their first time competing in what’s called the toughest race in the USA.

After meeting many of the other teams throughout pre-running, tech, and contingency, the girls knew they were going against a very competitive field. The Teryx girls did not go into the event with a mindset to win, but with a realistic goal of finishing. Just finishing the KOH is a feat in itself. 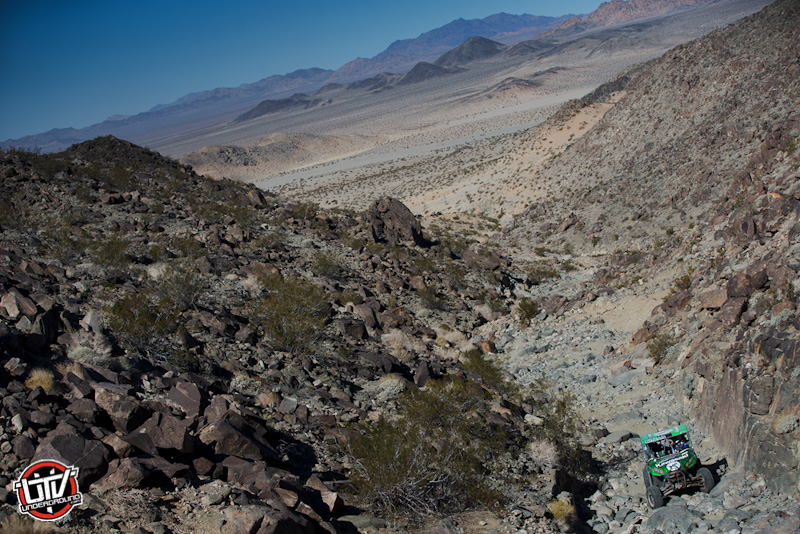 The girls would draw 20th position off the start, going out two by two in 30-second intervals. Off the start line into the 60-mile desert section, the girls began working their way through the competition. They knew that being in a 800cc machine against 1000cc machines would be a disadvantaged in the desert section as top speeds in the 800cc much lower compared to the 1000cc. The first pit was at mile 47, and the girls decided that would be the best place to get fuel in hopes of racing the entire course without any other pit stops. Family and friends and fellow supporters filled them up at Pit 1 and then gave the Teryx a quick inspection, they were quickly back on course. Shortly after leaving pit 1, the girls hit a rock at high speed leaving them with a leaking radiator. After radioing to have someone take a look at the leak when they arrived at the main pit, sponsors IMG Motorsports, Raceline, and PCI teamed up to help. Without hesitation, the Teryx was repaired and the girls were on their way to the rocks in a solid 12th place. They were doing absolutely incredible, turning heads along the way while making the first few climbs look easy in the Kawasaki Teryx.

The girls were confident that the Teryx would have a strong performance in the climbing sections and they were right! The long Travel Kit by HCR and the Arisun Tires using the new Coyote ENT Beadlock and like every tire used by the Teryx Girls Filled with Slime, was shown to be handling the rocks with a breeze. The first tough rock section was Clawhammer, where they made their way quickly through the rocky terrain. Where other teams were winching, Sara and Erica used their MaxTraks and crawled right around, saving time and keeping their momentum. The girls moved past Robby Gordon in addition to slew of other competitors who were all stuck on the waterfall going down Wrecking Ball, an infamous part of the course with its 20 foot drop. They were determined, and took a risky off camber line, dropping down around the bottle neck, with no choice but to commit to the line. Sara did an incredible job controlling the sliding car before the initial decent. She kept the Teryx in the game and they left Wrecking Ball in an astounding 5th place! Son after their epic pass, the Teryx girls got stuck while taking a difficult line around another UTV that had rolled. 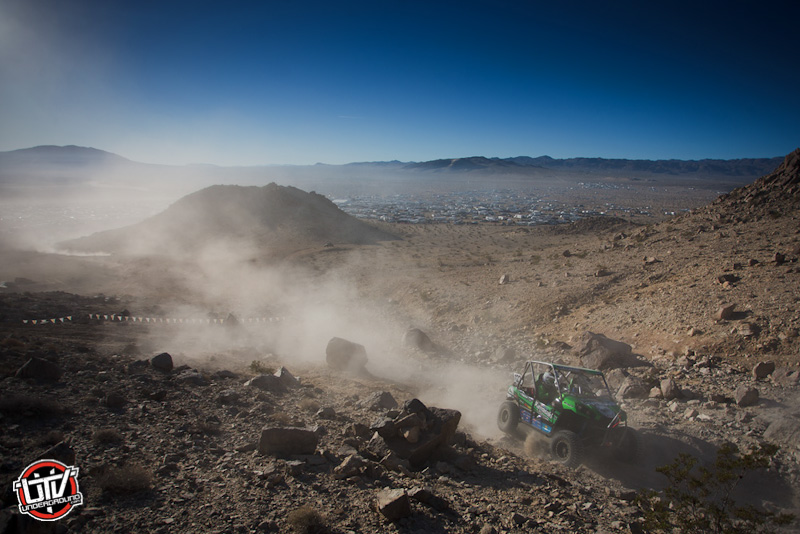 “Coming up to Wrecking Ball and seeing a few fellow racers stuck in the main line I knew of a line from pre-running up the hill, it wasn’t my first choice but in this situation we had to take it! Man was it sketchy, Erica got out and was going to put some MaxTraks down to help with the angle at the bottom, but the car was on a off camber hill and I didn’t want to run her over so I yelled get out of the way and in a split second had to commit to going down! It kicked me a little right almost rolling me but I’m glad I had some good reflexes to save it! That was by far one of the most rewarding moments on course, I got to the the bottom and just yelled and put my hands up” says Sara Price.

The girls winched their way out of the rock sections leaving them with a slipping glazed over belt from being heated, a broken front CV, and no time to repair. The 8 hour time limit for KOH might seem like plenty of time but that just goes to show how brutal King of the Hammers really is to make it to the finish line. After nearly an hour of exhaustion, the girls were unstuck and on their way. They were passed by many drivers, but they continued to focus on keeping their momentum and driving the car at speed. 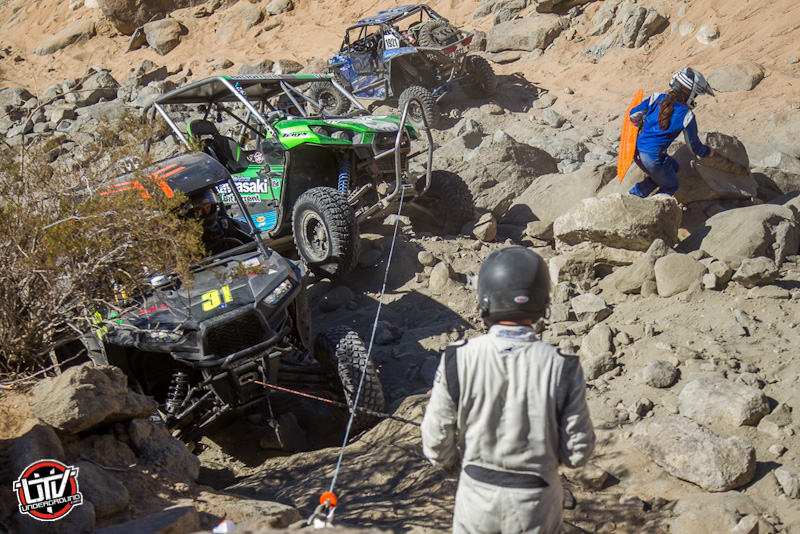 With a trusty Super ATV winch and a goal of finishing, the girls tackled Chocolate Thunder where they quickly caught the attention of the crowd. One UTV blocked the left line so the girls looked for an alternate line. The Teryx Girls looked at the right line option but another vehicle was stuck there as well. Needing to keep momentum, they chose the crowd favorite middle line, even though it was not the most favorable with its vert angle, which created a risk of getting stuck, high-centered, or rolling. Co-drivers from both cars quickly got out of their UTVs and the race was on for the KOH winch point. Erica got to the winch strap first and Sara began crawling up the rocky mountain. The other team decided to winch onto the same line at the same time crossing over the girls’ line. The crowd continued to cheer for the girls yelling “Ladies first!” and both cars continued to crawl over each other for traction until they made it to the top.

“Chocolate Thunder was amusing to say the least, the crowd was going crazy and we didn’t have many options so just we just went for it. Sara got into a roll position a few times but in training we were taught to use other cars if needed for traction and get to the winch spots first so that’s exactly what I did, I got to the winch hook first! That’s what’s awesome about this racing, its not about keeping the cars pretty, we drive over each other’s UTVs if needed and its all in good competitive spirit” says Erica Sacks. 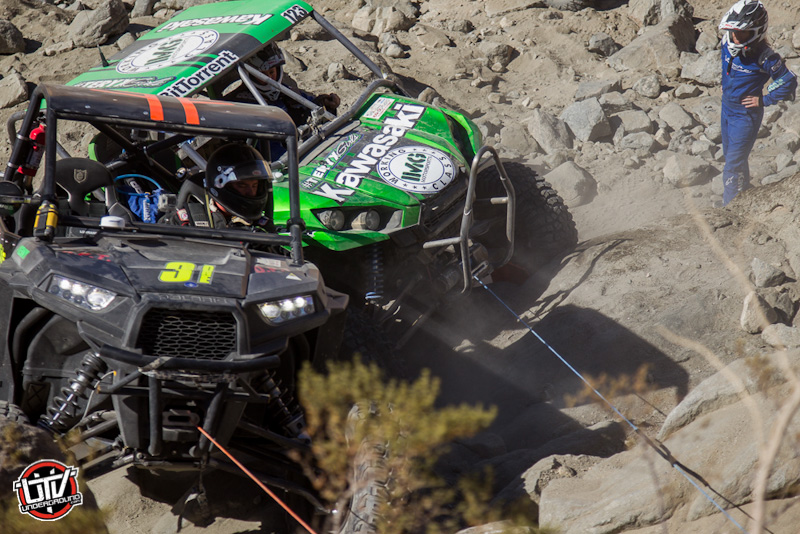 After Chocolate Thunder, team #123 was onto the next section of the race. Continuing on their way, the belt heated up even more and the girls used their Super ATV 4500 lbs winch for the next several miles. They raced over to Jack North and made their way to Jack Hammer where they broke a tie-rod.

After a 30-minute delay to fix the broken tie-rod, the girls were back in the race but found the car difficult to maneuver in 3-wheel drive and with a slipping belt through the tricky rock sections. Next in front of them was a sand hill that left them with no points to winch to and no space to gain speed for the ascent. They just had to throw caution to the wind and charge it!

At race mile 78, the Teryx Girls were determined to finish the race but the clock was ticking. They spent 30 minutes attempting to get up the hill. Sara and Erica were devastated that they could not finish King of the Hammers, but were proud of their performance and impressed with how competitive they really were! The Teryx Girls were the talk of Hammer Town with their determination and no fear mentality to conquer the rocks, earning a respectable place on the course and many bravos from fellow racers. 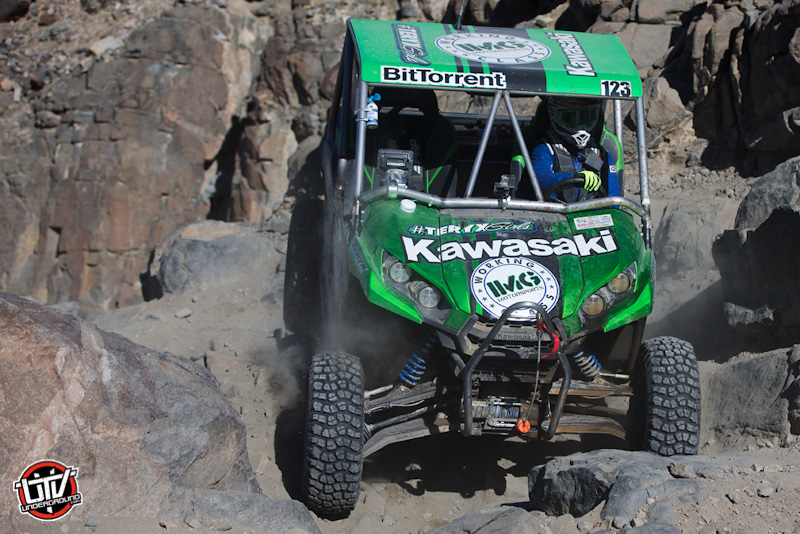 To keep up with the Teryx Girls and learn more about their sponsors go to www.Facebook.com/TeryxGirls

Big thank you to PCI Race Radios for sponsoring the UTVUnderground.com coverage of this years King Of The Hammers!