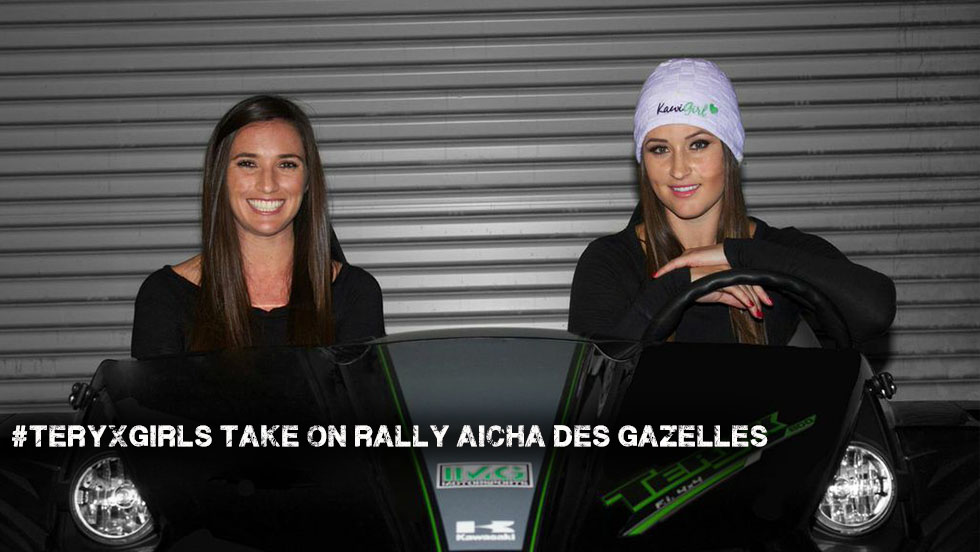 Team Kawasaki IMG Motorsports announces first ever American Side X Side team
Co-pilots Sara Price and Erica Sacks will take on grueling 9-day race in the deserts of Morocco, Africa 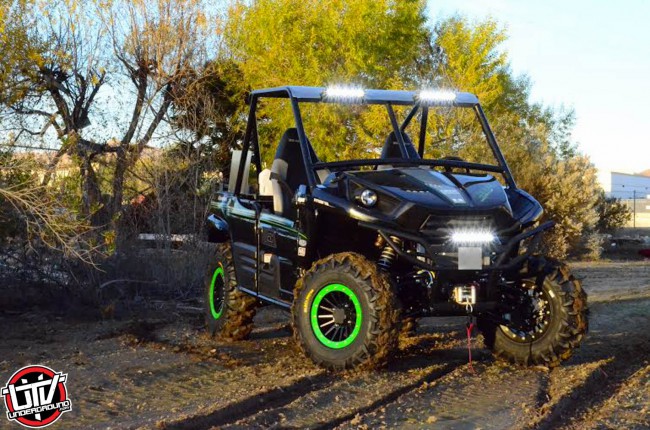 Lake Elsinore, Calif. – Team Kawasaki IMG Motorsports announced today that they will support
the first ever ‘American Side X Side Team’ to race in the 2015, 25th Anniversary, Rallye Aïcha
des Gazelles.  Sara Price and Erica Sacks will be tackling one of the toughest All-Female Sporting
events on the planet in a factory supported Kawasaki Teryx® Side X Side built by IMG Motorsports.

The Rallye Aïcha des Gazelles is a 9-day race located in Morocco, Africa where approximately 160
teams, 300 competitors come together to tackle the terrain without the help of GPS. Using nothing but
outdated maps, teams are forced to navigate through the incredibly tough terrain with nothing but a
compass and their will to succeed. This navigational challenge will be a true test for the Kawasaki
IMG Motorsports team. They will navigate with the goal of traveling the shortest distance from Point
A to Point B, ranging anywhere from 700 miles to 3,000 miles.

We asked Sara what made her want to do the rally. “2 years ago I ran across the rally and ever since
had made it something on my bucket list but was never sure how to tackle it,” she said,”about 2
months ago I asked Erica Sacks to be my partner and with her experience in off-road, my
racing experience, both of us knowing how to work on cars and our already proven teamwork we feel
we couldn’t be a better fit to make this happen.” 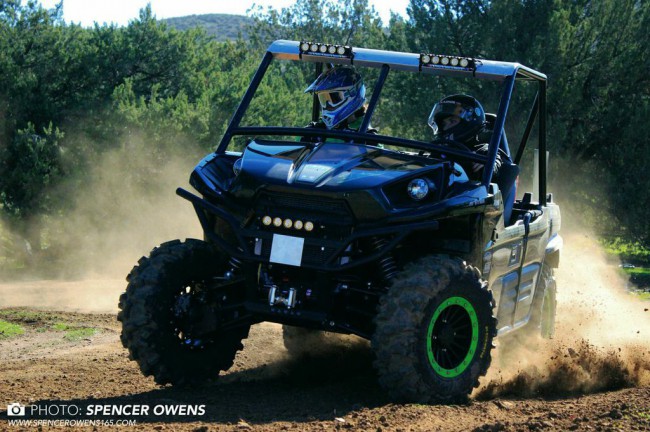 Emily Miller, former pro racer and one of the first Americans to participate in this race, is
mentoring Sara and Erica along with Kirsten Kuhn, who is the US Team/Media Liaison for the Rallye
Aïcha des Gazelles. Sara and Erica will have to overcome the challenges of a language barrier, an
unvisited country, and unfamiliar desert.

Sara Price previously raced for Kawasaki as a professional women’s motocross racer making history in
2010 as the first ever female factory supported racer in motocross.  Sara achieved over 16 amateur
Championships on a Kawasaki during her amateur racing career as well as medaling in X-Games.
Sara crossed over into the Side X Side racing in 2012, racing many different disciplines in a UTV and
became a force to reckon with. She is also going to be the youngest American to race in the Rallye
Aïcha des Gazelles’ 25-year history.

Erica Sacks has over 15 years of off-road racing experience. She has been all over Baja and has raced
the longest race in the US, giving her the knowledge necessary to compete in this long race. She has
raced in a variety of off-road cars from Trophy Karts to Class 1 cars, and has the experience and
navigational skills required when racing in the most prestige races held in Baja. She recently finished
second place in a UTV at the 2014 Lake Elsinore Grand Prix. 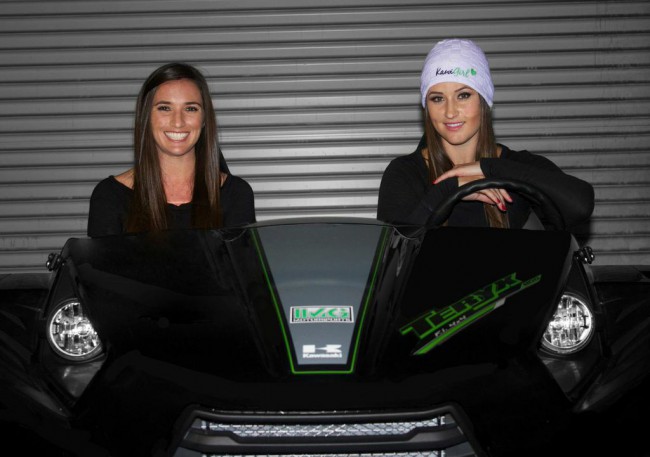 With the team in place, the next step was the car.”Having a long History with Kawasaki I thought how
cool would it be to cross over to their 4 wheels department as the Teryx is one of the strongest built
side x sides out there and thats what we needed,” said Price. The crew at IMG Motorsports really
pulled through for the girls, putting together the build in just two weeks to meet a tight
shipping deadline.

The Teryx itself is built with a tough desert trek in mind. There is no GPS for the race so there are
dedicated areas for the girls to stand and get a better vantage point to scout their trail. The UTV is
loaded with spare parts in case of a breakdown and equipped with a couple of the latest LED light bars
from KC Hilites to keep the team on track at night. ITP furnished the proven Backwater tires to put
the power to the sand and Slime came on board to make sure nothing would slow them down. 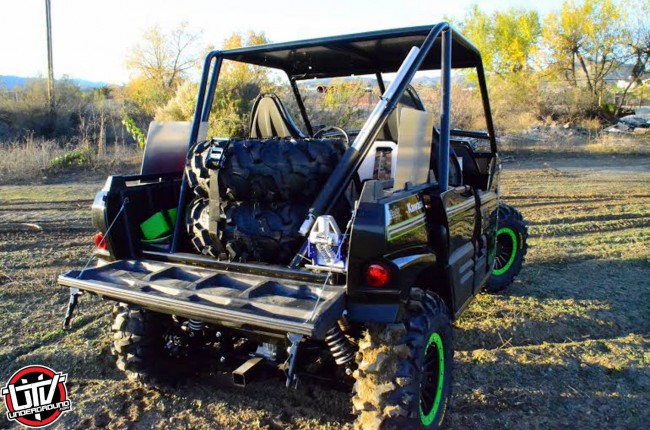 “Racing in the Rallye Aïcha des Gazelles has been a dream of mine to test my skill and also have this
experience of a lifetime. Having a long history working with Erica from on-the-track to in the garage,
I feel we couldn’t be a better team to do this. I’m very excited to be back with Kawasaki and have their
support and can’t wait to make America proud” commented Sara Price. Erica’s excited about this new
partnership as well and commented, “When Sara came to me about being her teammate for the rally, I
thought this is crazy, but what a fun experience! Sara and I have been friends for many years.  This
last year I have been involved as her spotter in her UTV racing and working together with her on her
UTV. I’m looking forward to taking our racing friendship to Morocco as team USA, Kawasaki, IMG
Motorsports.” 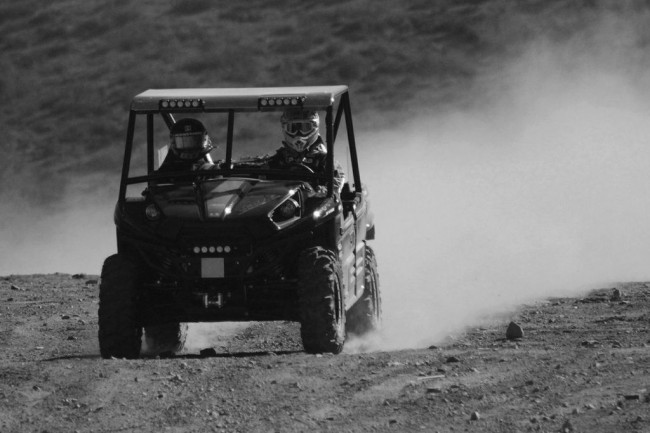 Team USA, Kawasaki, IMG Motorsports are asking for their fans be a part of this amazing, first-ever
American race team at the Rallye Aïcha des Gazelles! A Crowd Funding Campaign has been started to
support this team at www.darkhorsepros.com/campaigns/88, where fans and supporters have the chance to come on board to join and support them in this amazing Adventure.

The team can also be followed on their journey, from training for the rally to daily updates in Morocco at www.facebook.com/TeryxGirls or use Official Hashtag #TeryxGirls on social media
For More info on the Rallye Aïcha des Gazelles go to the Rally’s Official Site http://www.rallyeaichadesgazelles.com.