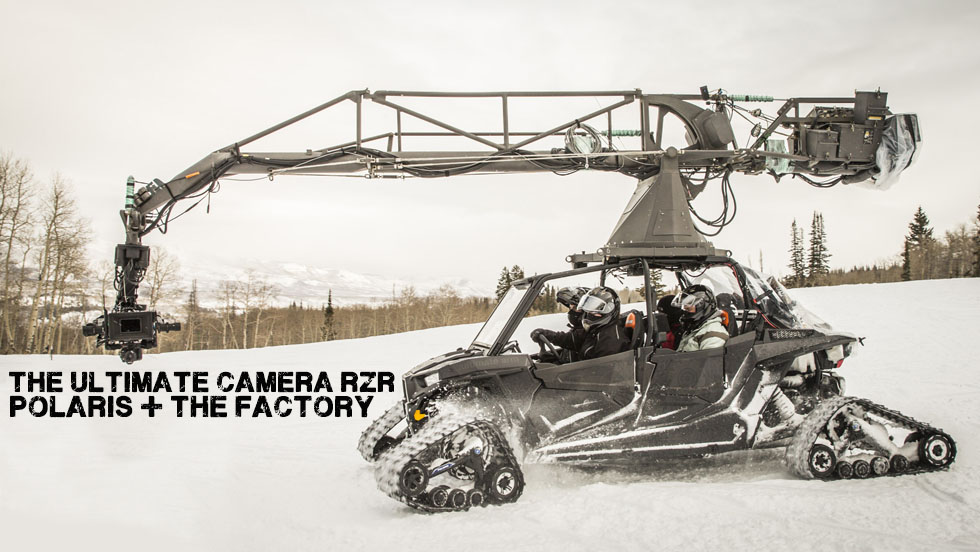 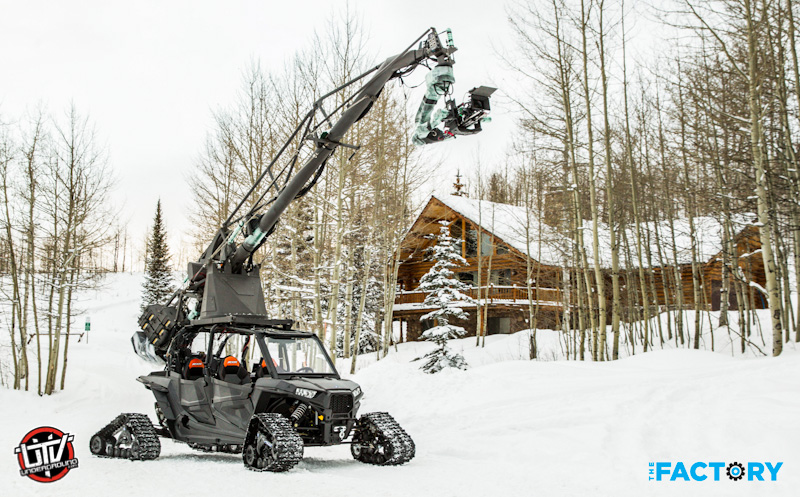 The Factory, a commercial production company and The Ultimate Arm, the film industry’s premiere provider of live action gyrostabilized camera arm technology have partnered to create the first “Camera RZR,” an off-road, mobile crane capable of operating in extreme terrain and weather conditions. Headquartered in Los Angeles, both firms came together to create the vehicle to be used on The Factory’s production of Polaris Industries’ 2015 Snowmobile campaign. While they have collaborated previously on other projects, this is the first technology co-development project for both entities. 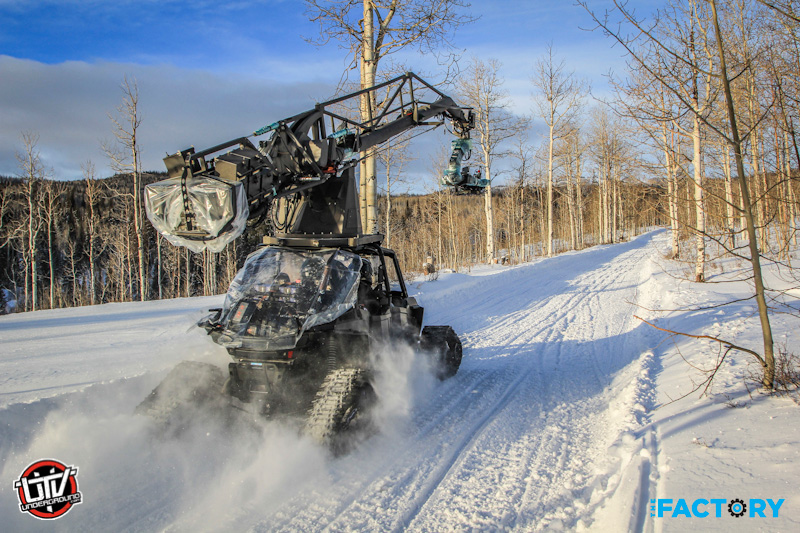 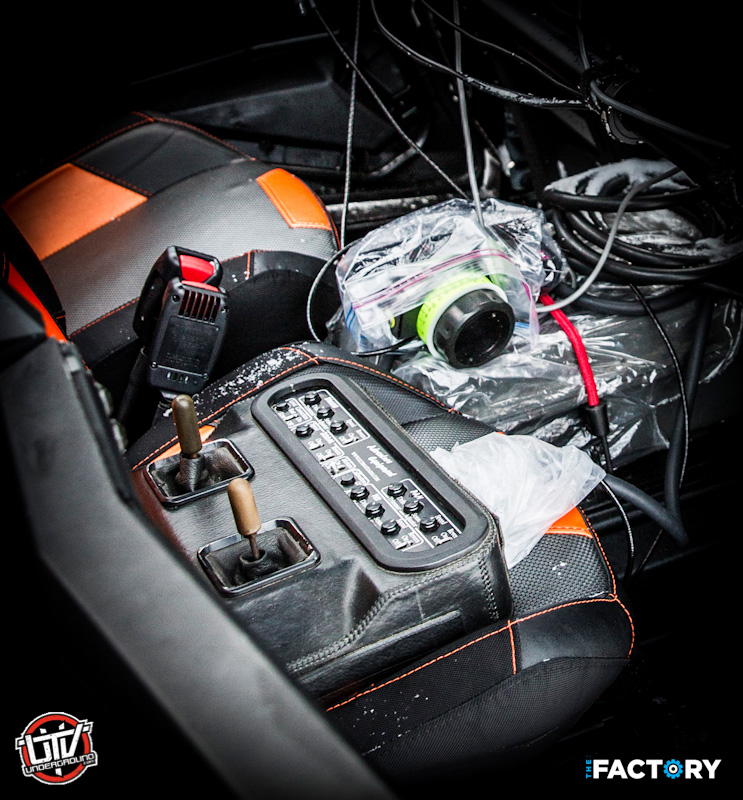 Shot in an undisclosed location in Utah, the Camera RZR created opportunities that have not yet existed in the industry. Snow-covered trails previously accessible only by snowmobile, groomer, and dogsled were now open season for the new Camera RZR. Once either a Phantom or Red Epic were in place and crew was strapped in, the vehicle could depart base camp and be on station miles in the back country in a matter of minutes.

The Factory has provided film services for Polaris Snowmobiles for years, and continually drives to progress what is possible with action outdoor cinematography. The first to bring modern film technology to backcountry power sports, previous efforts have included “bullet time” setups to isolate key product capabilities and a variety of lightweight, stabilized vehicle mounts. “Since the beginning, it has been our goal to continually progress the technology we use on our shoots. Over the past year, we have been able to develop a great relationship with George and the rest of the crew at Ultimate Arm on our Indian Motorcycle shoots. So, when it came time to raise the bar again, there was no doubt in my mind that a partnership with Ultimate Arm on this project was the way to go,” said Adam Brummond, Director at The Factory. “The Camera RZR is another chapter of progression, pure and simple. It is nothing new to put gyrostabilized camera equipment on a moving vehicle; The Ultimate Arm has been doing that for years with rigs on various automobiles and watercraft. Bringing that technology to the snowmobile industry on previously inhospitable terrain has changed the game in this market, elevating production value, stretching budgets, and igniting creative possibilities,” said Mark Nevils, Creative Director at The Factory. Previous camera setups were limited to lightweight, portable jib and sticks shots that had a finite range of motion and a fixed perspective of product in action. Equipment was ferried from location to location using tunnel-mounted rigs and sleighs towed by snowmobiles. Dynamic tracking shots were impossible, and the ability to truly immerse the viewer in the riding experience was hampered by the equipment. With the Camera RZR in motion, rock-solid tracking shots of product detail, and a new sense of movement were now accessible. Even when parked, the Camera RZR serves as a fully capable crane able to rise 20+ ft. above the trail, creating overhead shots, whip pans, and grand, sweeping reveals. 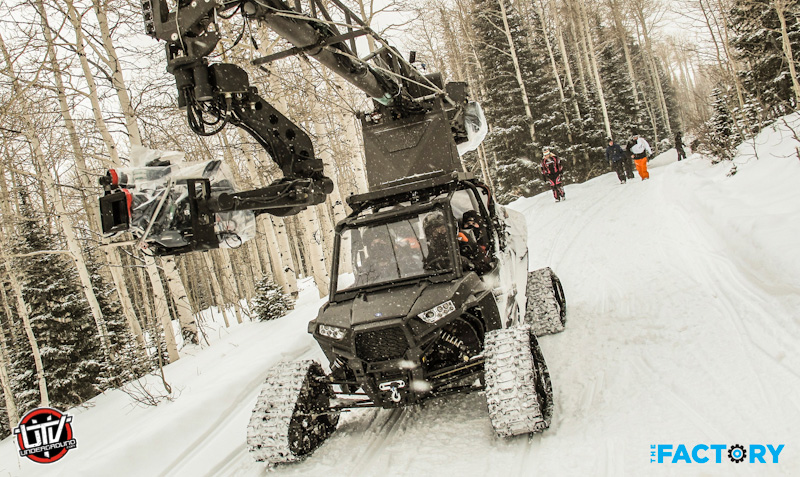 “On any commercial shoot, the time vs. money equation always drives the production schedule. The Camera RZR provided a multiplier for productivity, vastly increasing the number of effective setups per day, and increasing the overall efficiency for the campaign,” said Trevor Jones, Producer at The Factory. To deliver studio/set quality shots miles from civilization and increase productivity and crew efficiency at the same time is a major win for The Factory as a production company, and for Polaris as a client.