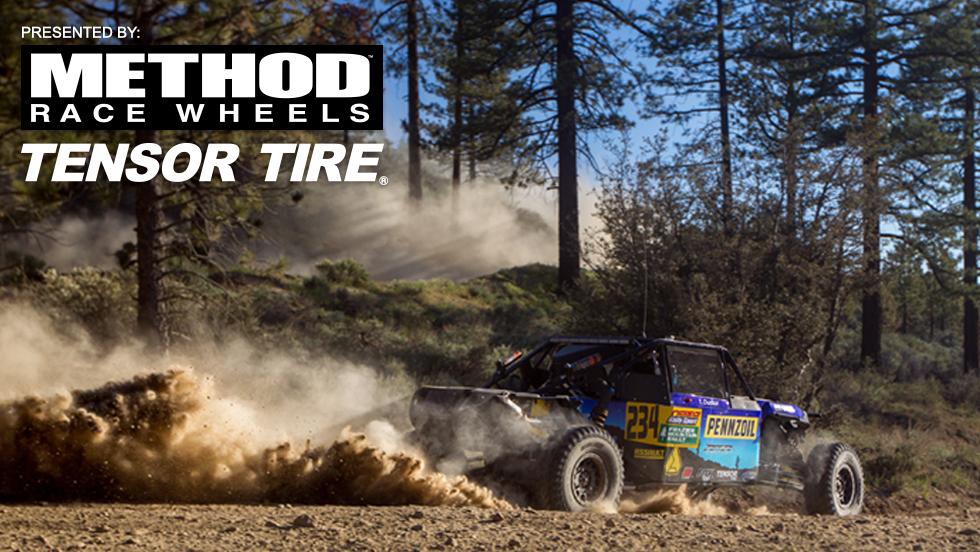 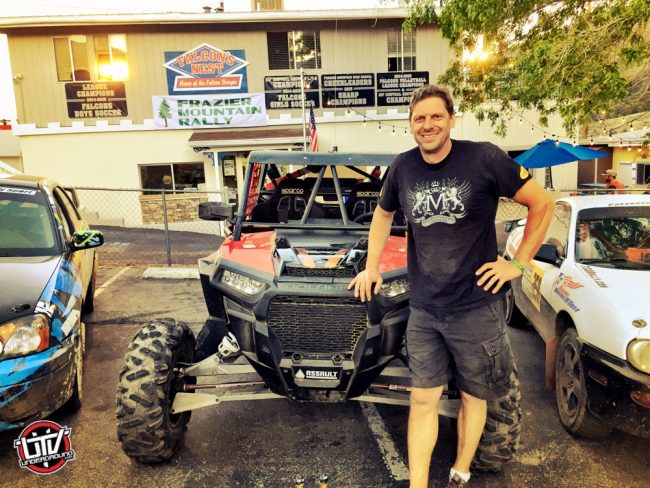 French rally racer Stephane Verdier won the 2017 Frazier Mountain Rally overall in a 2017 two-seat Polaris RZR XP1000 Turbo UTV after a back and forth battle with his teammate Rhys Millen, who piloted a four seat Polaris RZR XP1000 Turbo UTV. The victory marks another step in UTV’s evolution as a platform to race stage rally.  This is the first overall win for a UTV in stage rally racing. 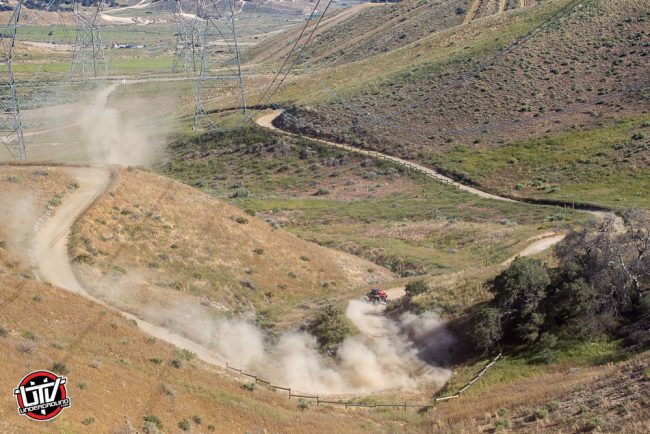 “The UTV Platform is so versatile and inexpensive compared to traditional rally cars. I am going to go basically wash off my Polaris RZR and go riding in big bear with my girlfriend tomorrow,” stated the enthusiastic Verdier.  “I had so much fun. It feels really good to back rally racing. I have a lot of friends here and I can’t wait until the next race!” 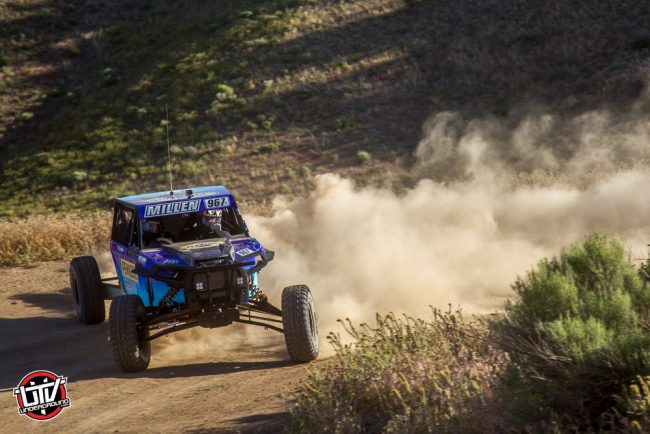 Stephane Verdier’s friend and teammate Rhys Millen who finished a close second place overall had this to say about the race:

“We have been talking about if UTV’s are a viable platform to race rally for sometime. I basically made some slight adjustments to my desert race UTV and brought it out to rally. It was super fun battling with Stephane and the other competitors all day.  I am stoked to be back competing in rally regardless of the platform and I think that’s the point. This opens up an entry point into racing rally that anybody can afford. Especially if you already own a UTV,” stated Millen. 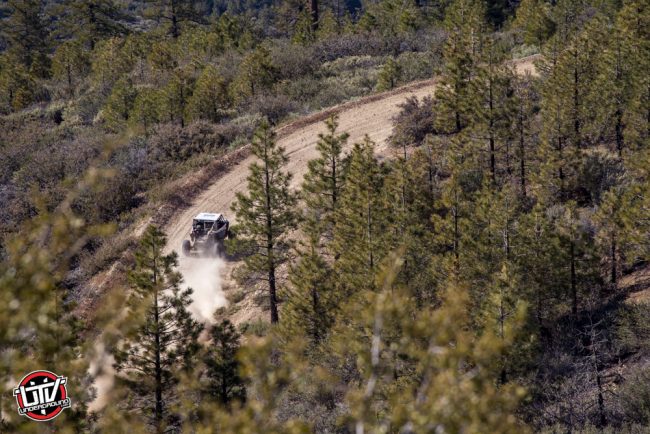 Third overall was UTV racer and builder James Hill of IMG Motorsports. “This was my first rally and it was super fun! Luckily my co-driver Erica Sacks had some experience, so that helped me a lot. I can see how addicting this style of racing is.  I have a million ideas on how to make my UTV faster. I can’t wait until the next event,” says Hill. 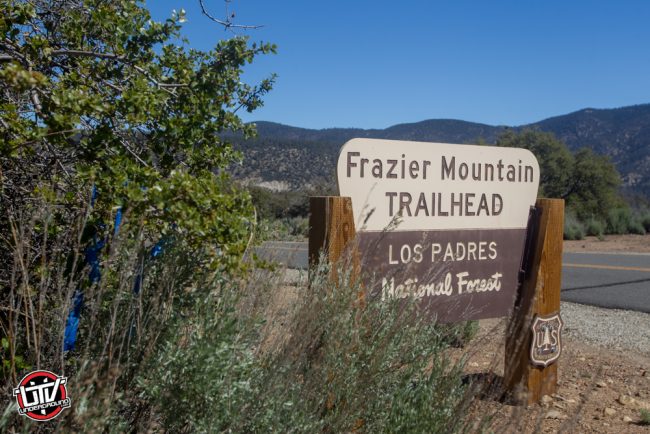 New to this year, the California Rally Series added UTV’s to its line up beginning with the technical Frazier Mountain Rally that featured tight and twisty stages that climb up to 7,500 feet in elevation. The Frazier Mountain Rally was the first event in a series of four that UTV’s were officially allowed to compete.

The California Rally Series is the premier performance rally championship in the southwestern United States.  The series incorporates events from various sanctioning bodies in order to create a meaningful regional championship for its members.  The series celebrates more than 40 continuous years of performance rally, making it the longest running rally series in the United States. 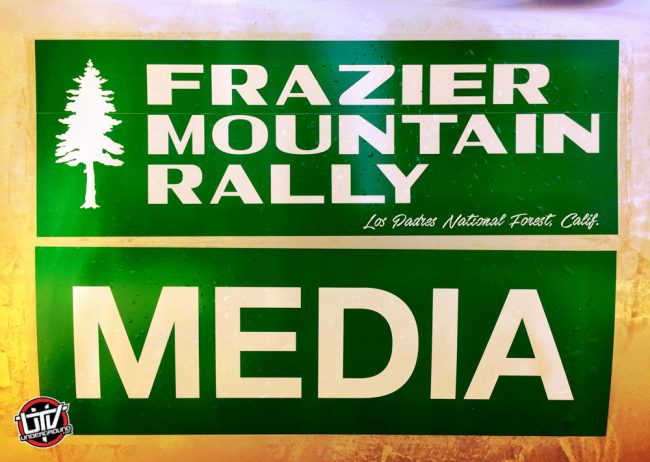 The Frazier Mountain Rally took place May 20th in Frazier Park, CA and featured the traditional stage rally format allowing racer to pre-run or “Recce” the rally course to adjust stage notes provided by the rally organizer. The job of the co-driver is paramount in reading course notes to the driver, allowing the driver of upcoming obstacles while pushing maximum speeds though the entire rally stage. Racers race one at a time, attempting to achieve the fastest time possible on a given stage. The Frazier Mountain Rally was one primary 8 mile stage that was run forwards and backwards twice totalling 32 miles of rally racing. The 8 mile stage has a mixture of tight technical corners, sweeping corners, crests, and uphill, flat, and downhill sections giving racers a challenging stage that requires focused driving. 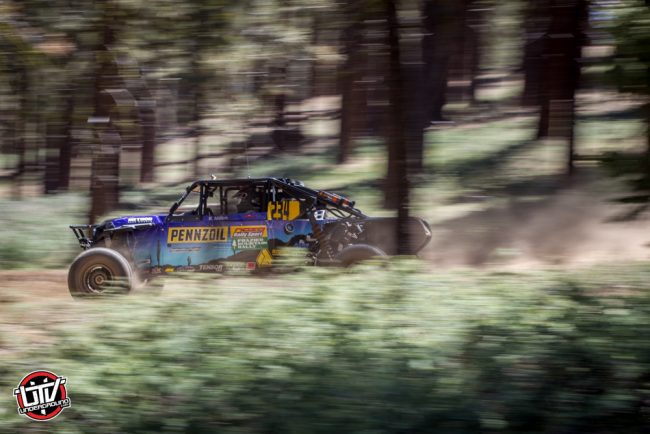 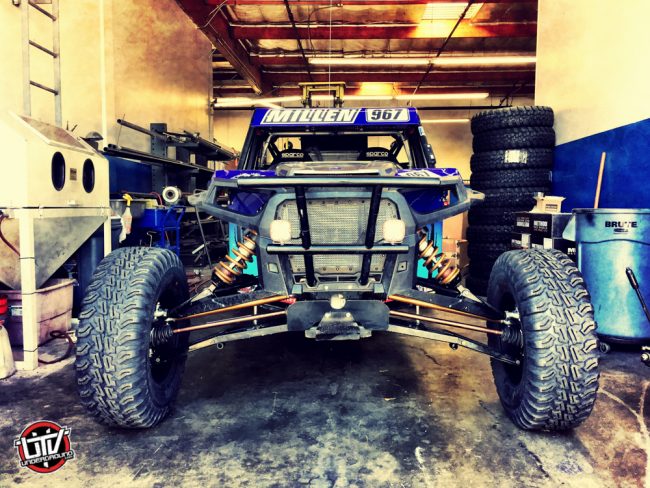 In order to make his Polaris RZR competitive for rally, Rhys Millen took his desert race car that he previously won the Baja 1000 in and made a few minor adjustments. He lowered the ride height 3” inches, shaved and siped a set of 30” inch Tensor Tires wrapped around his 14×7” inch Method UTV Race Wheels and changed his spring weights to match the altitude in order to get RPM’s up. Minor adjustments that can easily be reversed to have the car ready to race desert racing illustrating the versatility of the UTV platform. 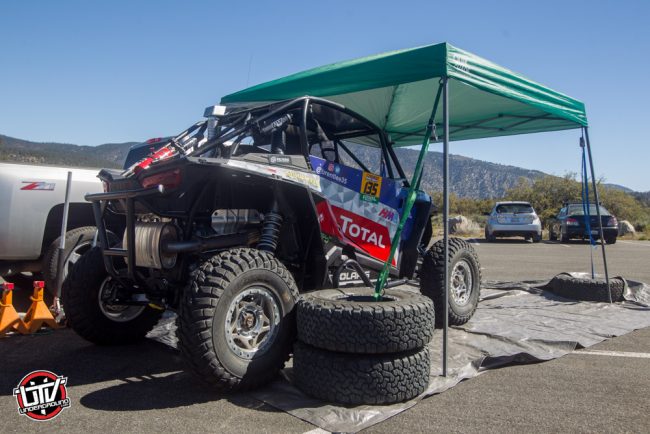 Why is this a significant victory? It proves the versatility of the UTV platform.  It really doesn’t matter what you race as long as you are having fun, but UTV’s are an affordable way to try your hand at rally racing especially if you already own one. If you would like help setting your car up for rally racing or buying or building your car out for rally, contact Rhys millen Motorsports or James Hill at IMG Motorsports.