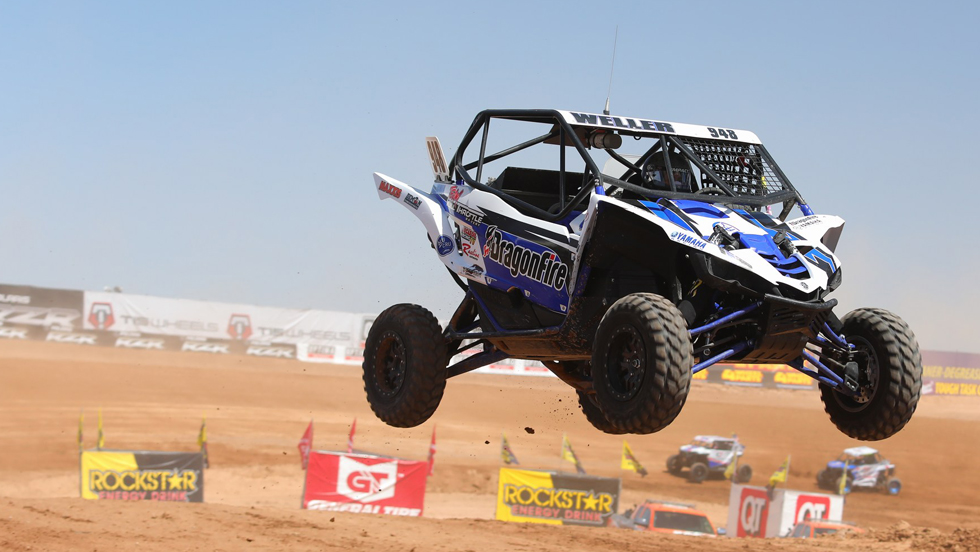 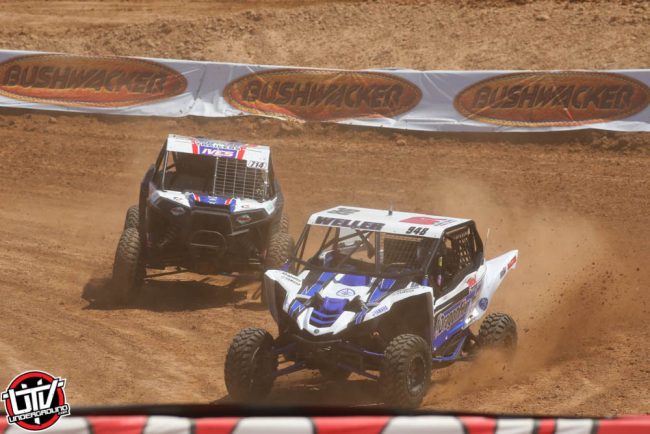 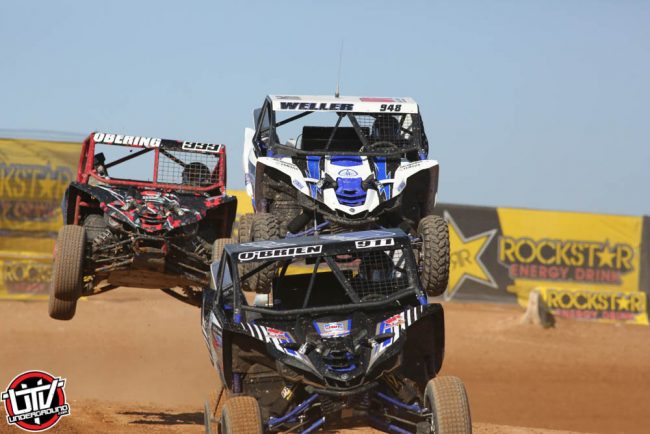 O’Brien ran both classes and had the distinction of earning podiums for two different manufacturers. The unique arrangement was made because Yamaha doesn’t produce a production turbo UTV.

“There were a lot of chances out there to pass, so I stayed cautious and just worked my way to the front,” said O’Brien. “You have to be smart out there or you can get into trouble really quickly. Weller Racing is my whole backing. They really put in the time in my car. Both manufacturers make a top-level car and I’m very appreciative of that.”

Heger started 10th in the Production race, and made his way through the field to finish third. The podium puts him good position early in the season to chase his second consecutive title. 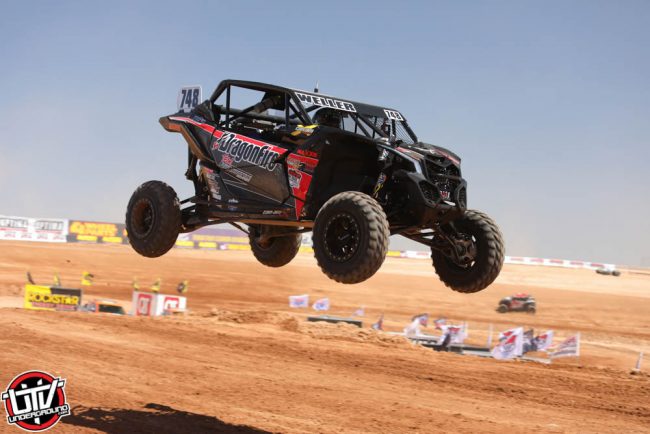 “It feels good to get a podium right out of the gate; we’re off to a good start and we just have to fine tune it a little bit,” said Heger. “We’re coming. It’s going to be a good year.”

Corry and Jason Weller are running Turbo Production and Production, respectively. Each of them acts as a spotter for the other while they’re running in their respective classes and they rely on each other for setup advice. In Turbo, Corry Weller cut down a tire due to contact on the second lap, but due to the durability of both the Maxxis tire and Raceline wheel, she finished fifth.

“The Can-Am did so awesome that I was still pulling people with three tires,” said Corry Weller. “What amazed me were the sidewalls on these Maxxis Ceros tires. That tire is flat as a pancake and it never even shredded the sidewall. I ran 10 laps on that so kudos for that tire holding up. The Raceline wheel also held up to a lot of abuse today. I’ve run them for years and I’ve never had a problem.” 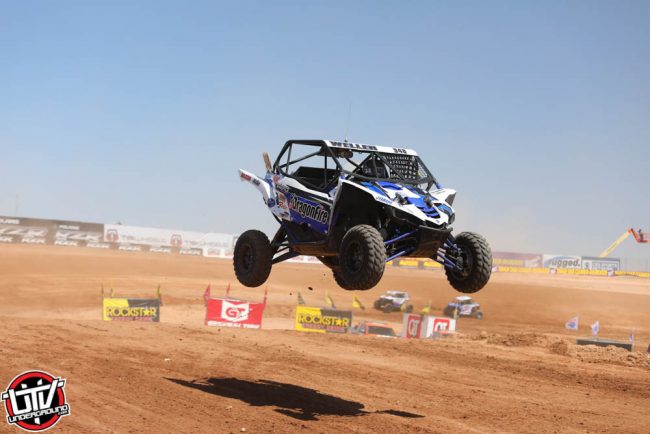 In Production, Jason Weller finished sixth. The result was especially important to Weller because it broke a string of rotten luck in the regional races leading up the event.

“I’ve had a lot of bad luck in the regionals before this race so I came in here with a little trepidation,” said Jason Weller. “I bought a brand-new car and it made it through with no problems. I finally got that monkey off of my back.”

The Weller Racing team will be back in action as the Lucas Oil Series heads next to the Estero Beach Resort in Ensenada, Mexico. That race is scheduled for May 19-20. 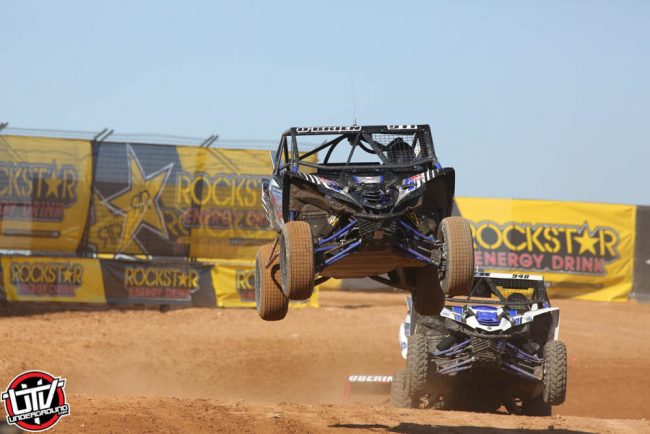