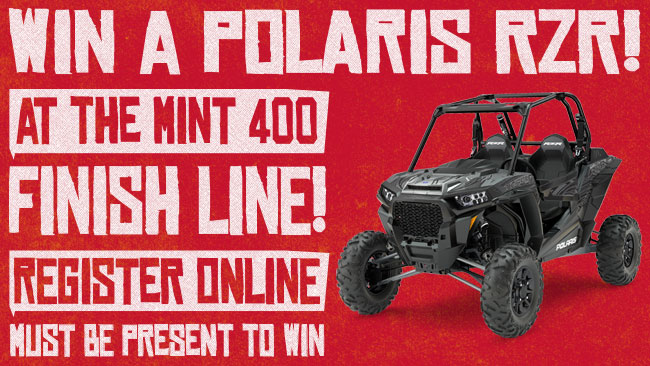 Win a 2017 Polaris RZR XP® Turbo at The Mint 400!
Register online for your chance to take home a new Polaris RZR 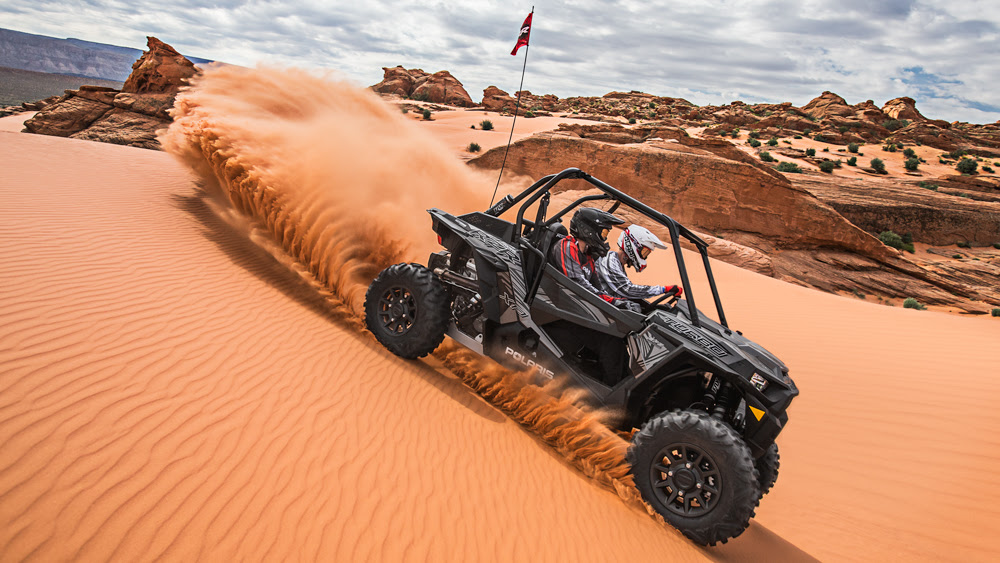 Enter below to win a 2017 Polaris RZR XP® TURBO EPS (two-seat) Sport UTV between Wednesday, March 1st, 2017, at 9:00 AM PST and Saturday, March 4, 2017, at 5:00 PM PST. All entries must be submitted within the Promotion Period. Entries received after the end of the Promotion Period will be void. A valid, and current (non expired) driver’s license number from any of the (50) fifty US states must be entered. Contest open to those 18 years or older ONLY! The individual Winner MUST be present at the finish line stage of the 2017 Mint 400 race on Saturday, March 4, 2017 at approximately 6:30 PM AND have the driver’s license used to enter the Promotion with them to verify their identity and claim the Prize. No in person, or paper entries will be accepted. Click here to view complete contest rules.