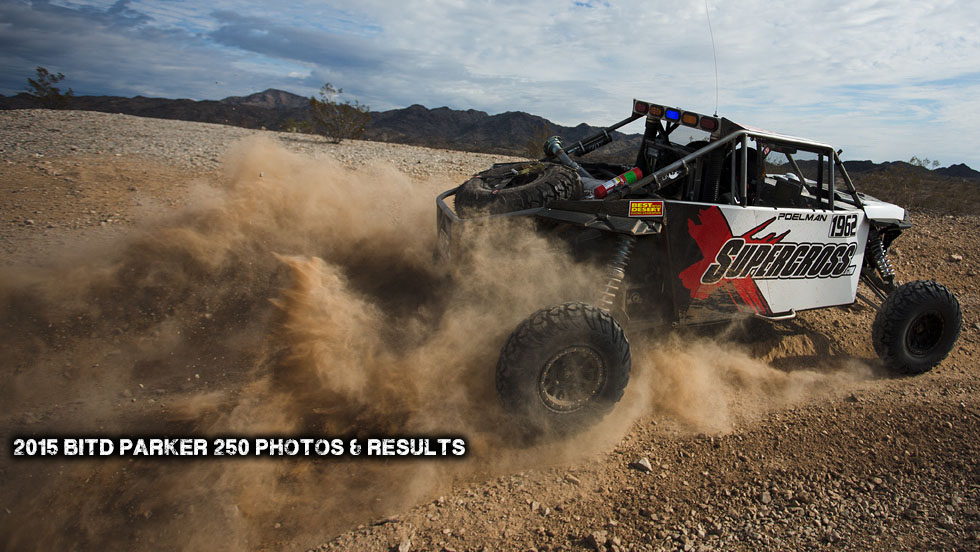 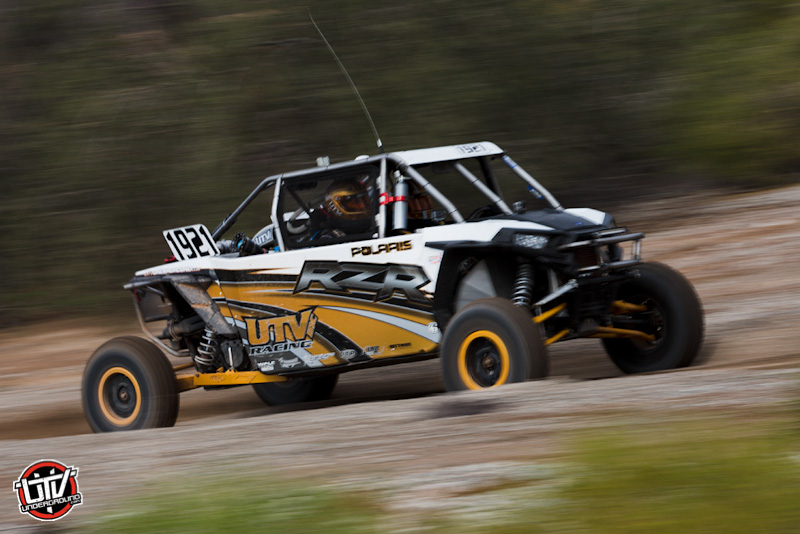 The 2015 racing season got underway in Parker, AZ at the Best In The Desert THR Parker 250 Presented by Polaris RZR. 55 UTVs would show up to take on the season opener, but the race wouldn’t kick off without some drama at tech on friday.

UTVRA Tech Director Cory Sappington made it clear that all the air surrounding cheat engines and thin walled tubing would be cleared. With that, every UTV to go through tech had to face a detailed check of their engines bore and stroke as well as tubing diameter and wall thickness. In addition, Marc Burnett, the 2014 SCORE champion, who will be racing both SCORE and BITD this year and doing so as RZR athlete, ran short on time and showed up to the race after the UTVs had left the start line. With BITD’s approval Marc unloaded and was able to enter the race without going through technical inspection or attending a drivers meeting. This situation spread amongst the main pit area like wild fire with racers up in arms that such a decision would be made. When racers began discussing the situation online, Cory Sappington had this to say, “The decision to allow the 1905 UTV to race was made by Casey Folks the (BITD) race director, it had nothing to do with the UTV builder, the team or the driver. There were several UTV’s that had some of the roll cage bracing tubes that were not the correct wall thickness. They were all given a warning and told the tubes needed to be replaced before the next race. This is standard practice at BITD and has been in place for 9 years.”

With the drama out of the way, for now, racers headed off into the desert on a quest to start the season off in a positive way. 55 UTVs is the most we have ever seen at the opening round of racing at BITD. of the 55 machines competing, many would be new builds with drivers competing in the class for the first time or returning to the class after some time off. Its exciting to see this class continue to grow and we expect 2015 to be the biggest season ever in UTV racing.

As the race wore on, Johnny Angal in the 1921 UTV Inc. Polaris RZR would set his sights on being the first to cross the finish line. Johnny, still riding high on his 2014 Baja 1000 win would push on to capture the win at Parker. Johnny came out swinging last year at the Silver State 300 and hasn’t slowed up since. The UTV Inc. team is operating like veterans and are quickly showing the rest of the class that this year isn’t about finishing or podiums, its about winning!

Pulling in only minutes behind Angal in 2nd place would be the 1931 Jagged X Polaris RZR of Craig Scanlon. Scanlon who is the General Manager of Off-Road Products at Polaris RZR has come on strong the past year and has proven himself as a valid competitor. Scanlon was overlooked by much of the competition who chose to give the 1919 Jagged X RZR of Schueler the bulk of the respect, and rightfully so, Schueler is the 6 time champ. But Scanlon is no slouch. Not only did he finish 3rd in points last year, he has knocked on the door of a win multiple times in his career. Scanlon has proven to not only be fast but consistent, traits that every champion possesses. Last year at this race Scanlon suffered some new car blues which set him back, this year with a 2nd place finish under his belt to start the season, we expect big things from the RZR “boss”. The pressure is on the 1931 this year, and we know Scanlon is up for the challenge.

Finishing 3rd was the 1962 Supercross.com Polaris RZR of Ryan Poelman. Poelman is a veteran of the Trophy Truck ranks who recently moved into the UTV world as a way to get his son acclimated to the world of off-road racing. With that goal of teaching his son the ropes, Poelman himself has found the class to be a lot of fun and extremely competitive. The 1962 machine was built only months ago by Cognito Motorsports and only has we think 2 races so far. Not a bad way to kick off its first full season at BITD with a podium at the Parker 250. We are excited to see the Supercross.com team join the UTV class and we look forward to watching them compete further on into the season! 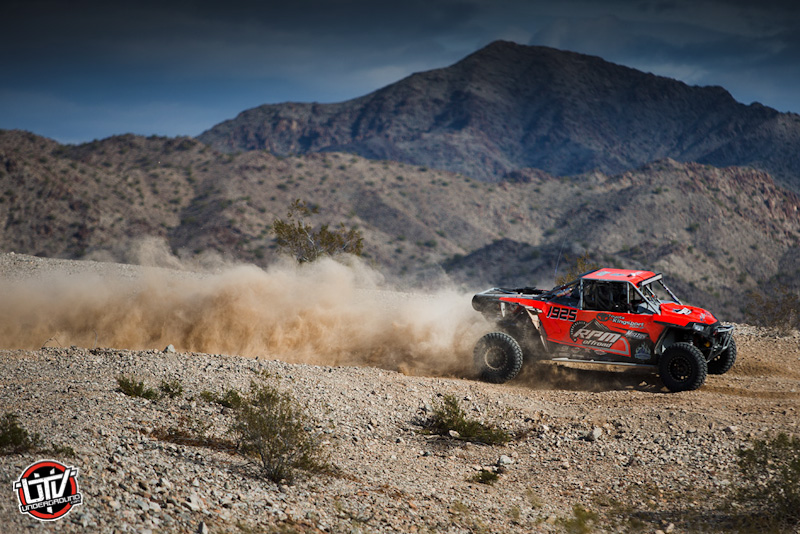 As is the case each and every race, UTVUnderground.com wants to extend a HUGE thank you to everyone who runs our colors and represents UTVUnderground.com on and off the race track. You know nothing makes us more excited to cover these races then to see you all repping up on your machines and for that we are forever grateful. We also want to extend a personal invite to each and every racer, fan, sponsor and family member to come out and attend / participate at the 2015 Polaris RZR UTV World Championship presented by UTVUnderground.com next month in Laughlin, NV. We promise you a good time, and more than that we promise you an even that will represent this sport like no other!

Thank you again and see you all the UTVWC next month!