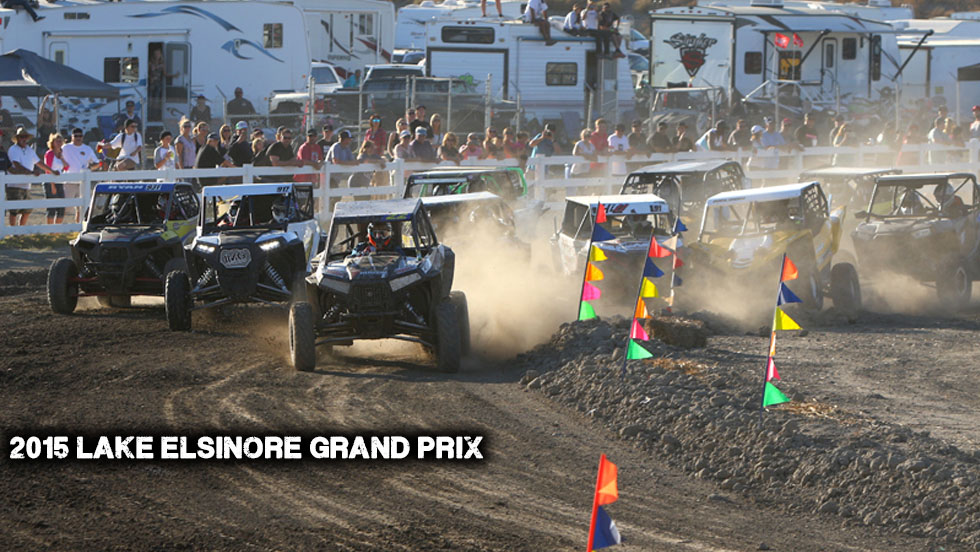 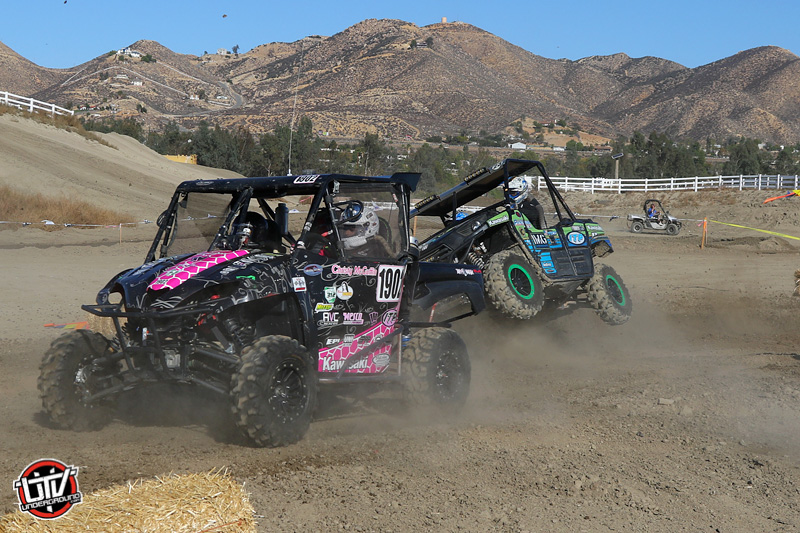 The UTV’s were split into two races. The first race consisted of Women’s open UTV, super stock 570-700, and Production 900. The second race would be open 1000 and production pro 1000. In production pro, Cody Bradbury grabbed the hole shot and built up a lead. Unknown to his competition he had a broken axle that also took out his brake line. Trying to limp the car around with three wheels driving, he held the field off until losing a belt on the final lap. He changed it quickly and still finished fifth. Winner Dustin Nelson in his new Yamaha YXZ got together with James Hill off the start spun out. Unfamiliar with the track, he slid off the track again dropping him to twelfth place. 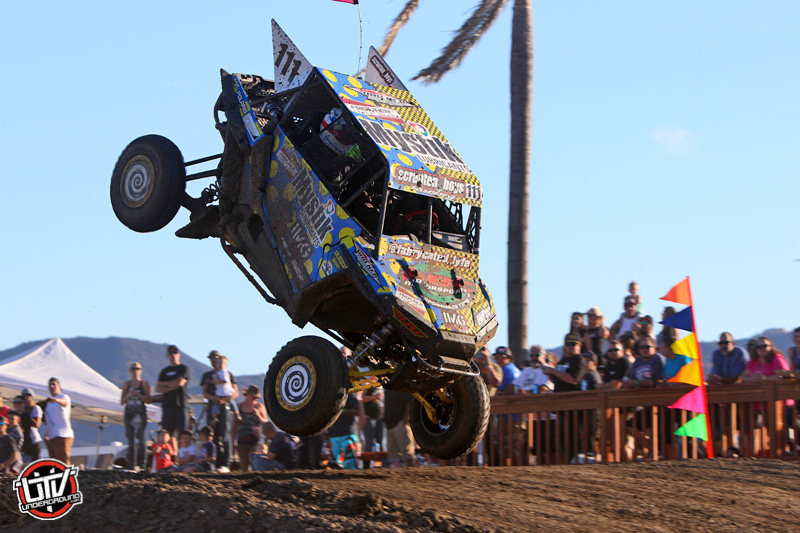 “I decided to chill out and learn the track,” said Nelson, “I worked up to sixth; running with four other cars that were all battling for third place. I saw the leaders getting away, so I had to go. I took the white flag and noticed Bradbury was a little off the pace. I smelled blood in the water and chased him down; he broke a belt and pulled off. I’m stoked to get my first win in the YXZ. I’ve run three races, all on the same drivetrain with no failures. The transmission on my Yamaha gives me more control. It was very slippery, so I ran a higher gear in the corners to keep from sliding.” Nelson took the win and set fastest lap time. His was only one of the many battles going on during each lap. Below are the podium results for all classes. 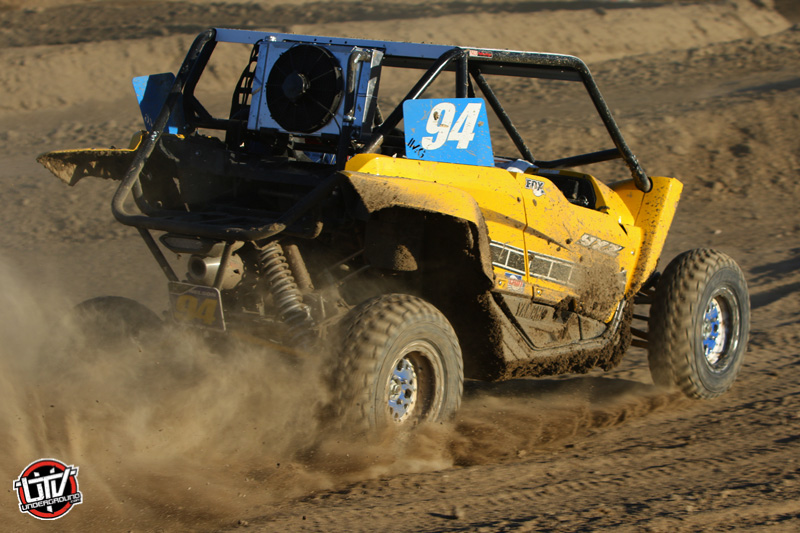 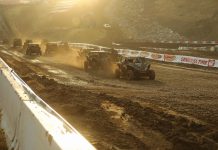