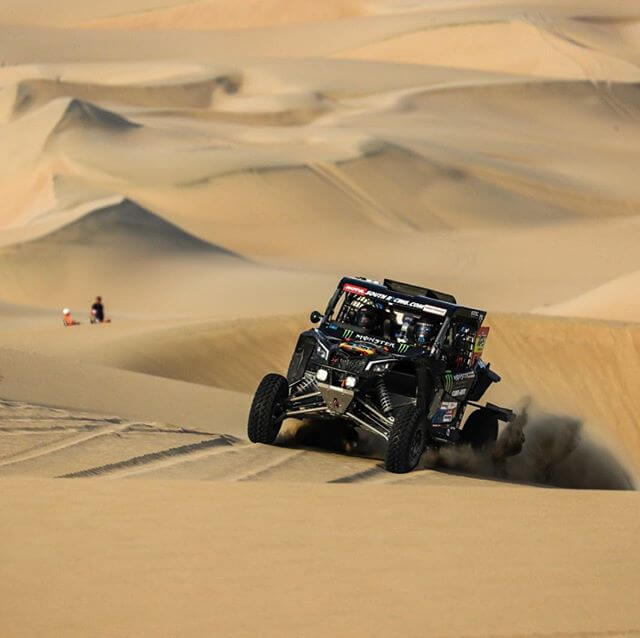 Arequipa, the second most populous city in Peru, lies at the foot of the Misti volcano and, although today’s special took place somewhere else, the Dakar saw an eruption turn the various classifications on their heads. Today, the competitors raced far to the north, in the Duna Grande and Duna Argentina areas near San Juan de Marcona, before moving higher (6,500 feet above sea level) in the Cobrepampa region. Later on, sections of fesh-fesh put handling skills to the test in the third part of the stage, which alternated between fast stretches and the Acarí dunes.

In the S×S category, Gerard Farrés got to grips with his new vehicle and took his maiden win in the class, beating his former motorbike rival and new overall leader “Chaleco” López.

Below are standing so far from the 2019 Dakar Rally