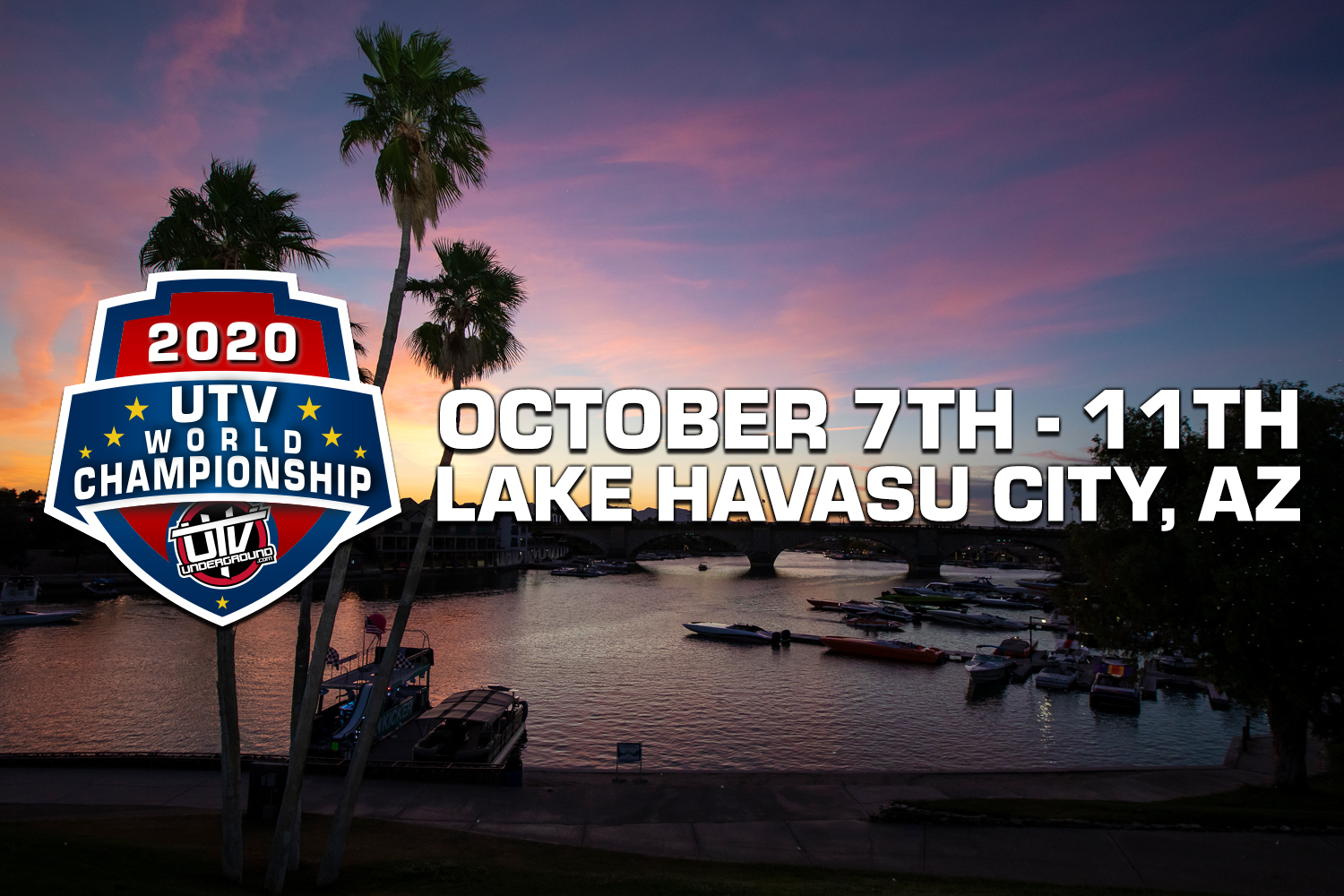 April 28th, 2020 – San Diego, CA – UTV World Championship owners, The Martelli Brothers, announced today that the UTV World Championship has officially moved to beautiful Lake Havasu City, Arizona and will run this October 7th – 11th. The announcement comes after more than a year and a half of careful research and development, as well as close coordination with the Lake Havasu BLM Office.

UTV racers from around the world are invited to the sixth annual UTV World Championship race weekend for multiple days of festivities including a 60-mile public poker run, qualifying events for select pro classes, open pre-running, a world-class UTV festival including tech and contingency, and two days of intense competition on a series of all-new racecourses designed by The Martelli Brothers, Race Director Tony Vanillo, and Event Manager Kilian Hamlin.

Racing will be split across two days – Friday, October 9th and Saturday, October 10th and will include four Youth classes, four Short Course classes, and six Desert classes. The newly revamped World Championship event will vastly improve on the previous racing format, schedule, and amenities available to friends and families of race teams – with dozens of hotels, campgrounds, public parks, and quality restaurants nearby, as well as access to beautiful Lake Havasu at the perfect time of year. The event will now be more spectator-friendly than ever before.

“We are absolutely thrilled to be moving Worlds to Lake Havasu this year,” commented UTV World Championship co-owner, Joshua Martelli. “This is really the perfect progression for the event as we have grown the past five years from just under 200 to well over 400 race teams. This new location allows us to triple the size of our poker run, qualify our top pro desert and short course racers, allow pre-running so racers can preview the race course, and basically give us a blank canvas to work with in terms of course design and layout.”

“Not to mention this area is absolutely gorgeous! The lake is an oasis in the desert – and because of our work with the local BLM office, we’re going to be able to allow open KOH-style drive in spectating. That’s huge. The friends and families of our racers will be able to drive their UTV’s and off-road vehicles onto the ridges overlooking the race action and spectate in the comfort of their own rigs. We will have a ton of camping options as well. This is just a better home for us by every metric.”

Details on racer registration and a complete schedule will be published to the UTV World Championship website and social media pages in the next few weeks. Meanwhile, UTV World Championship co-owner, Matt Martelli had this to say about the current national health crisis and its potential effect on the event; “First and foremost our thoughts and prayers are with the families that have been affected by this pandemic as well as our frontline healthcare workers. Obviously the off-road racing community and industry have suffered greatly because of this outbreak.
We have 6 months to see how all this shakes out – but we are confident that the UTV World Championship will be an economic boost for the sport and help us all get back to racing and lead to a fantastic fall season!”