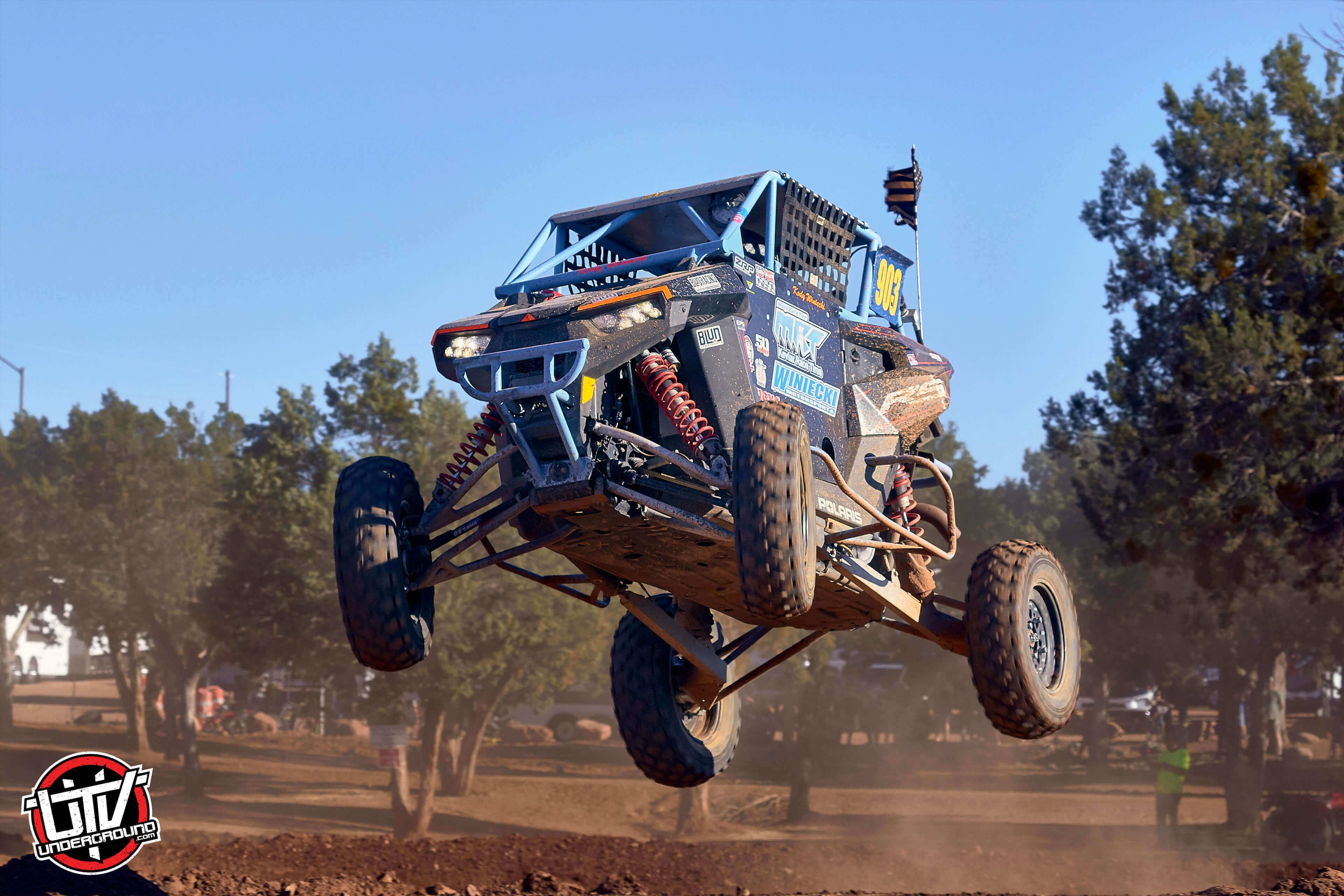 AZOP Returns to Payson for Second Time in 2019

With the 2019 AZOP Rowley White RV Series rolling into the home stretch for the year, racers were invited back to the charming mountain town of Payson to take a second shot at the popular track for two days of grand prix style racing. Presented by Four Seasons Motorsports and DragonFire Racing, the second go-around in Payson saw a track that was mostly familiar save for a totally new single-track section thrown in for the big bikes, which totally changed the complexion of the racing. Challenging riders to quickly transition from a motocross-style start into a series of endurocross-style obstacles before sending them into a steep single-track climb and descent through the cedar trees and rocks native to Payson made for some tough and tight racing.

With the weather pleasantly warm and sunny (especially compared to the fall of 2018 Payson race, which saw a torrential downpour turn the track into a mud-pit) racers and fans showed up in large numbers looking forward to a weekend of short-course action. The two previous races – Cinders and Saint Johns – both featured courses largely inaccessible to those wanting to spectate, whereas nearly the entire Payson track is visible from the pit area or any of the adjacent grandstands. The crowd was in a good mood and there was something of a family barbecue atmosphere among the toy haulers and moto-vans parked in the packed rodeo grounds lot. And with a variety of restaurants, shops, and casinos just a mile or two away in town, it’s easy to see why the Payson location has long been a favorite on the AZOP calendar. With plenty of help on hand throughout the week prior to the race, the AZOP crew presented competitors with a well-groomed track from the very start and worked hard to keep water on the course between races to keep the dust down.

With only three points-paying rounds remaining in the season coming into the weekend, many of the championship races remained undecided. The most competitive drivers and riders all seemed to be keenly aware that their opportunities to make moves on the leader board were dwindling and that this was the weekend to really start the final push. In the especially close 1000cc Non-Turbo UTV class, Clayton Winiecki entered the races with a reasonable points cushion over Evan Striplin, however a 4th place finish for Winiecki on Saturday in a race won by Striplin put the pressure on set the scene for a vicious Sunday race which saw four of the six cars in the field breaking down. Unfortunately for Winiecki, he got the worst of it, tearing the left rear wheel and suspension off the car entirely, ending his weekend. Striplin, in a battered car of his own, was able to limp home in third place and take over the points lead in the class by just 3 points!

Similar scenarios are playing out across many of the other classes, and while some points races have been more or less sewn up for weeks now, there’s still plenty of bar-to-bar, wheel-to-wheel action left in the 2019 season! AZOP next heads west to Wickenburg for the second Vulture Mine race of the season. Two days of hare-scramble style racing on one of the roughest, most technical desert loops in the state October 19th-20th. Registration is open now! 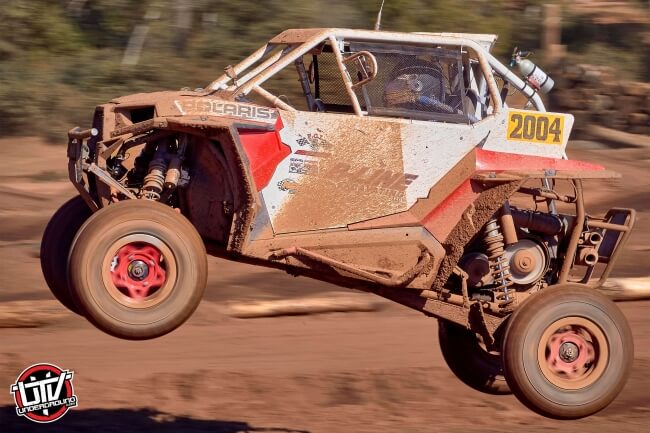