Home All Stories Bark River Off Road Rumble in the U.P.: Weekend Preview 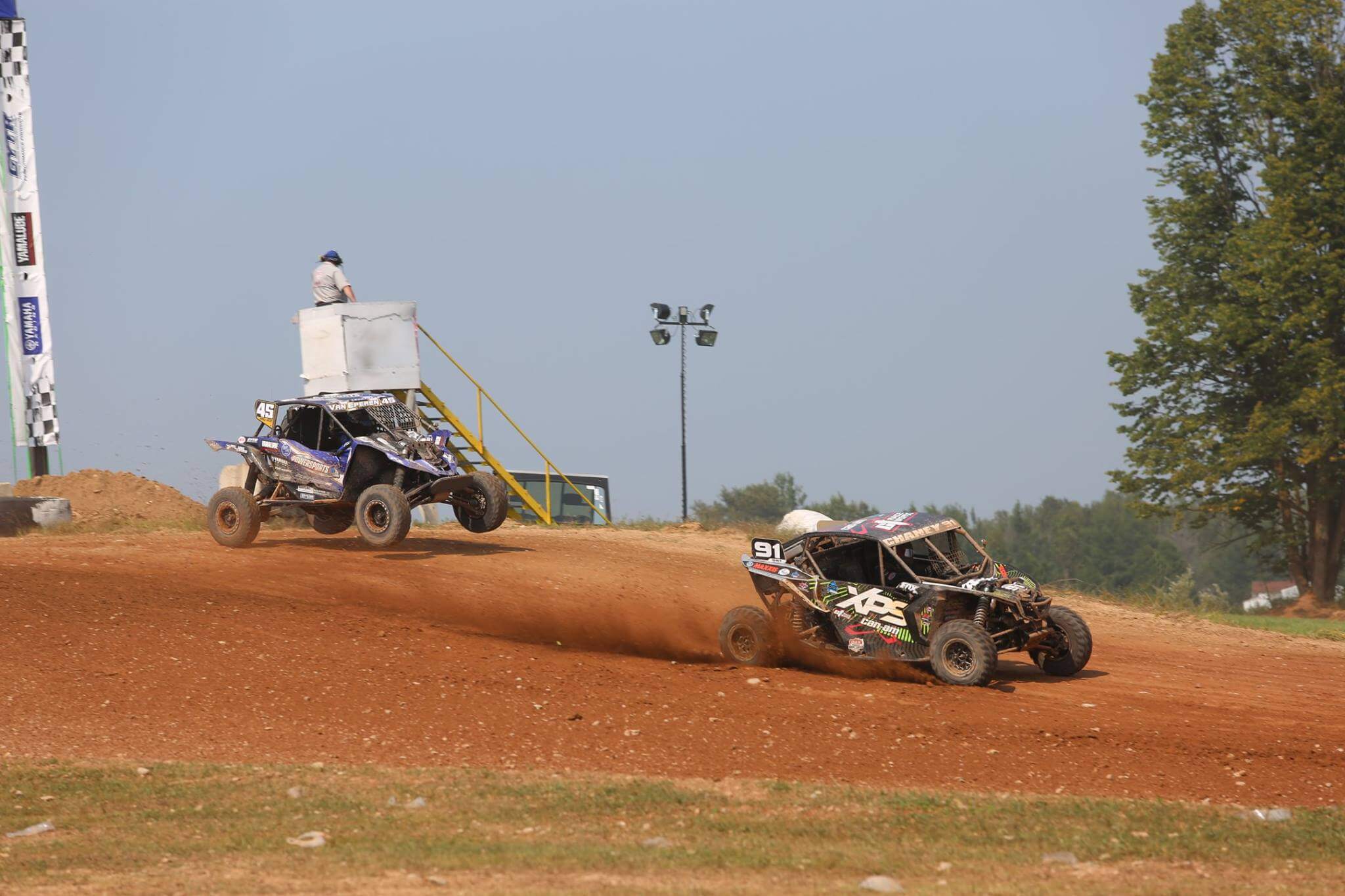 The Lucas Oil Midwest Short Course League kicks off the second half of its 2019 season this weekend with the annual Bark River Off Road Rumble in the U.P. at Bark River International Raceway. The Michigan-based track has hosted short course off-road racing for the past four decades, and this year’s event promises to carry on a strong tradition of racing for the hundreds of competitors who will hit the track.

Four different winners across the four Pro Modified and Pro Stock UTV races last season made Bark River one of the most exciting events on the 2018 MSCL schedule. Eventual class champion Rodney VanEperen and Kyle Chaney split the Pro Mod rounds, with each finishing second in the race they didn’t win, while Kenny Masch and CJ Greaves took the two Pro Stock victories on offer.

VanEperen will have to hope for a sweep of this year’s Pro Mod rounds if he wants to get back in the title hunt. After winning last year’s title by 16 points over Chaney, a disappointing opening round at Crandon put him off to a rough start, and Chaney’s four consecutive victories to start 2019 have contributed to a 51-point championship advantage, the best margin of any MSCL pro class. The duo appear to be evenly matched at Bark River, however, as they also split victories in 2017. 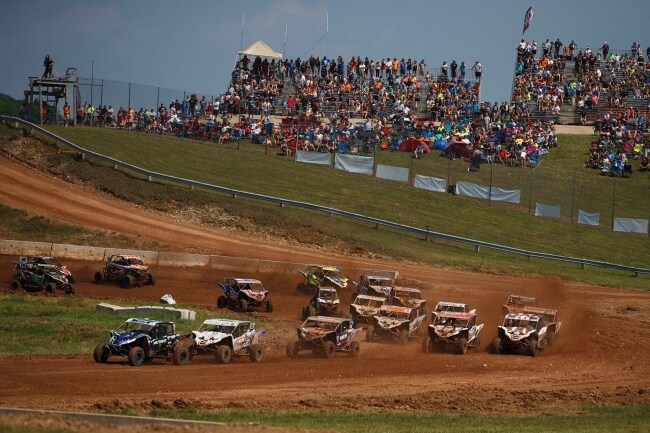 Greaves, meanwhile, has rediscovered his mojo after losing out on the 2018 title to Ryan Mulder. The multi-class star has won all four Pro Stock races to start the season, and heads into an event where he’s won three of the last four Pro Stock races since sweeping the 2017 event. His points lead is a bit smaller than Chaney’s, but his 31-point advantage over his cousin Kyle Greaves is still fairly healthy.

Sportsman Stock will see a pair of new winners in 2019, as last year’s race winners Kyle Greaves and Gabe Johnson both moved up to Pro Stock for this season. Johnny Holtger’s two victories have him atop the standings, but he’s only five points clear of the consistent Cory Podolski, who earned his first podium of the season last month at a standalone event from Dirt City Motorplex. In stark contrast to the Pro classes, four different drivers have won Sportsman Stock events this year, with Holtger and Owen VanEperen the only dual class winners.

The full schedule for this weekend’s Bark River Off Road Rumble in the U.P. is below, with a Friday start to the action and all six UTV races taking place on Saturday and Sunday. 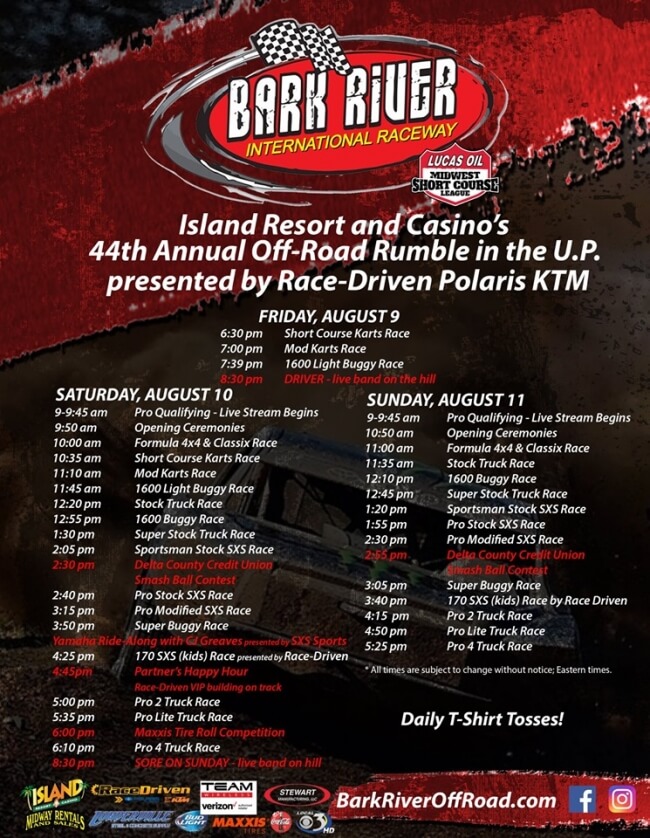