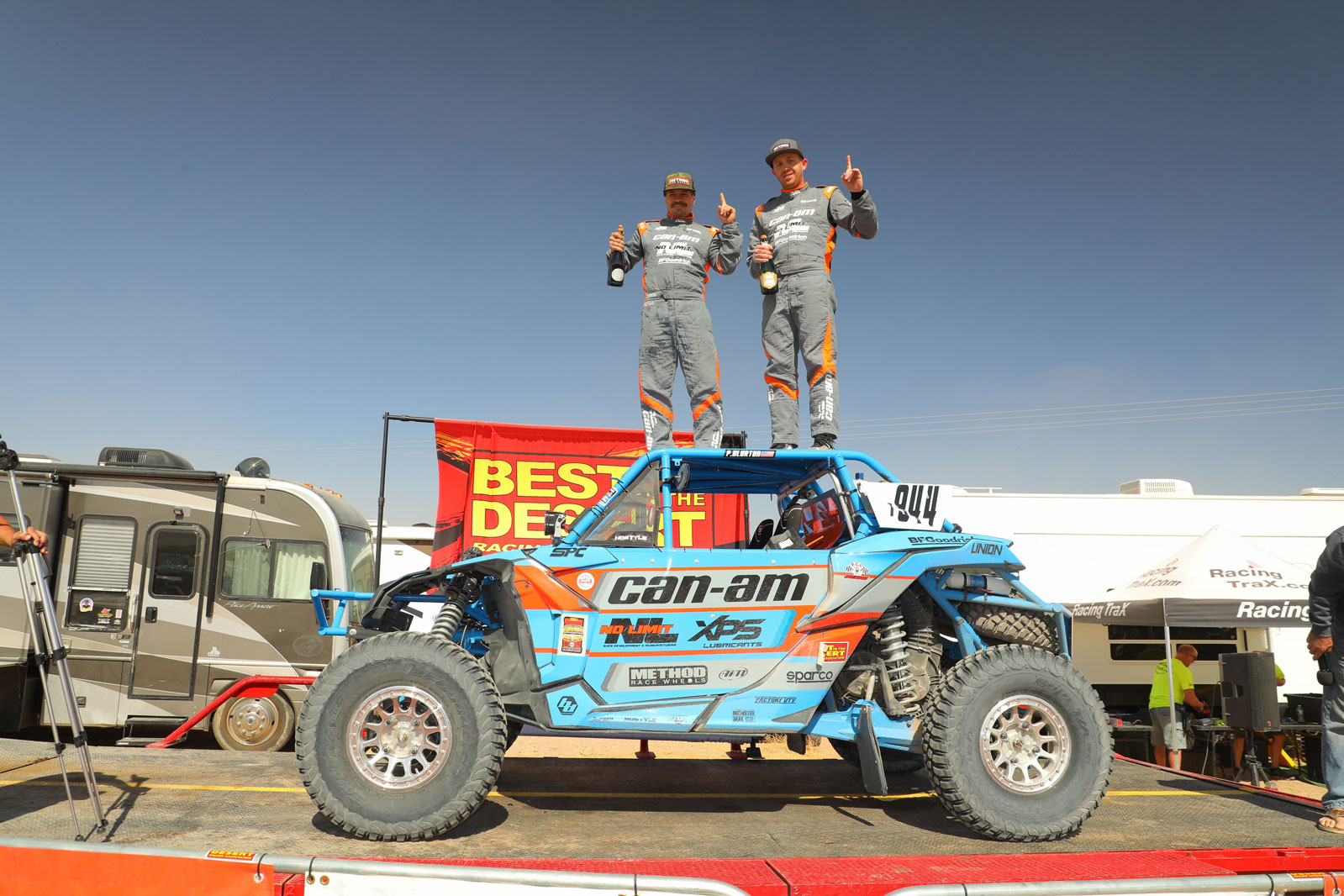 We. Are. The. Champions! This year, Can-Am Off-Road racing teams have earned victory after victory, with impressive success in competitions around the world—and now in one of the most highly coveted U.S. UTV racing series, Best in the Desert (BitD).

Phil Blurton is crowned the 2020 BitD PRO Turbo Champion (No Limit R&D Can-Am) following two impressive podium finishes at the season-ending BitD BlueWater Desert Challenge (Oct 22-25). Without doubt, Blurton’s season at the wheel of his Can-Am Maverick X3 has been one for the record books, finishing every race on the podium and, incredibly, winning his fourth consecutive Vegas-To-Reno event.

“We came into this race with a pretty good points gap, but it was a double points round, which made it more nerve-wracking,” said Blurton. “My plan going in was, ‘We can back it down a bit,’ but after Day 1, 1st to 14th was covered by a 1-minute time spread. Thankfully, our Can-Am Maverick X3 was a rocketship all year long, and it makes things a little easier with such a great platform to race with.”

Held in Parker, Arizona, the BitD BlueWater Desert Challenge featured the best of the best, with a season-ending double header to decide the Championship. One bad result on either Saturday or Sunday could have meant disaster. But Can-Am machines did what Can-Am machines do — win.
For our rivals, it was a disaster: Can-Am racers spent the weekend at the front. In the series’ two strongest SxS classes, UTV Pro Turbo and UTV Unlimited, Can-Am Maverick X3 machines claimed race wins, as well as the overall Championship.

Michael Isom (Mobbin Racing) is the other recently-crowned Champion for Can-Am Off-Road, winning the BitD UTV Unlimited class after a season of great results in tough race conditions.“It was not easy,” said Isom in a social media post. “For those of you who know what it takes—so many variables. Huge thanks to our trusted sponsors and talented pit crew.”Finally, congratulations to up-and-coming racer Austin Weiland for his first major class win in the UTV Pro Turbo class!
~~
Can-Am FAST 5 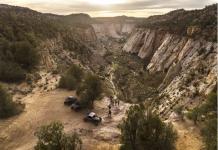