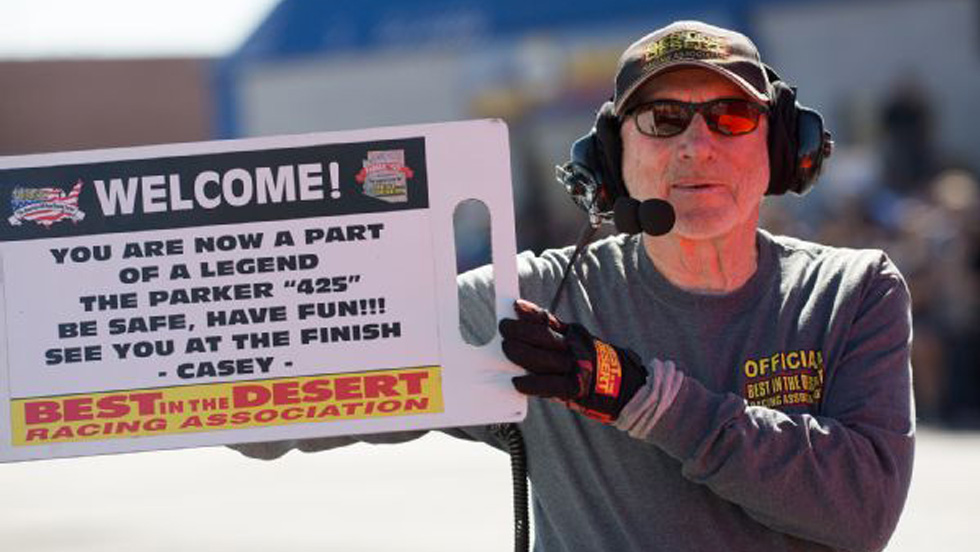 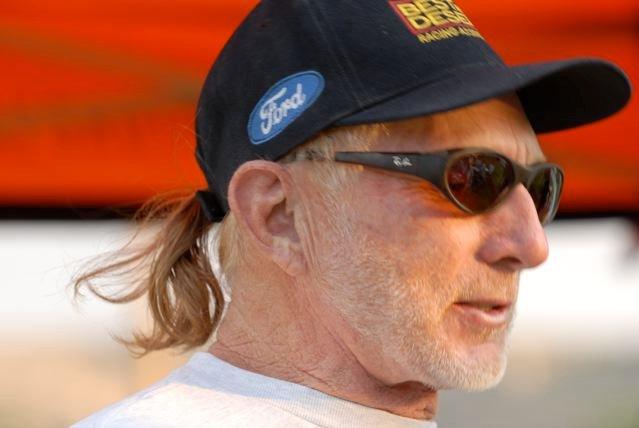 With a sad heart, Best in the Desert announces the passing of our leader on January 12, 2017. Casey suffered a massive stroke on the morning of January 7th in Parker, Arizona. He was doing what he loved, living his passion for off-road racing, getting ready to drop the flag on the latest UTV race event. He was rushed to a hospital and transported by air to Las Vegas for care. Despite efforts by the best doctors in Las Vegas, Casey succumbed to the effect of a stroke this morning.

Casey lived a life most of us only dream about. He was a participant, promoter and friend to the off-road racing industry. An ardent competitor, Casey raced motorcycles between the ages of 21 and 45. He won 16 championships in his career and in 1980, was the first to Ironman the Baja 1000 and finish. He was the only person to finish every Barstow to Vegas race.

In 1968, Casey opened Sportsman Cycle Sales with his racing partner and friend, Tom Scales. The dealership opened as a Husqvarna Dealer with only two motorcycles. One was Casey’s race bike and the other was Tom’s race bike. Many stories were told Monday mornings after a race about Casey and his Chippewa Charley’s (boots) moving another competitor out of the way. Casey didn’t gain many friends by this but it sure created a buzz about the guy from Sportsman Cycle. Over the next few decades Sportsman Cycle grew into the premier motorcycle racing shop in Las Vegas. Through Casey’s guidance and support, Sportsman Cycle birthed and nurtured many racers that went on to have very successful racing careers. In 1988, Casey passed the baton to his oldest son Daryl so he could focus on his next passion in life: the Best in the Desert Racing Association.

He started Best in the Desert in 1984 for motorcycles. Then he introduced the “Vegas to Reno” race in March of 1996, adding for the first time cars, trucks and quads to his races. Due to Casey’s drive and strengths, Best in the Desert grew into North America’s largest and most prestigious off-road racing organization, aptly named “The American Off-Road Racing Series”.

Casey competed in almost every type of off-road event throughout the Western United States. His portfolio included over 30 races in Baja, Mexico, and the Tunisia Rally in Northern Africa. He served as the American Consultant for the Incas Rally in Peru and was the event coordinator for the Nevada Rally, representing the company “Acerbis Adventure” based in Italy.

Casey was inducted into the Off-Road Motorsports Hall of Fame in 2012, joining the ranks of off-road racing’s greatest legends and honored by off-road racers worldwide.

His many friends at the Bureau of Land Management had respect and trust in Casey’s judgment and stated that Casey’s high standards established the rules for safety in off-road desert racing.

He is survived by the love of his life Diane DeLauer, son Daryl Folks and his wife Sheri Folks, his son Bryan Folks, his sister Joan Ragona-Suarez, and 3 beautiful granddaughters: Adrianna, Morgan, and Marlee.

Casey created memorable moments for thousands and thousands of people. We thank him for a lifetime of dedication to the sport we all love. As life goes on, and we continue to experience the passion of off-road racing, his legacy will live on. Remember the words he lived by, “Life is an Adventure. Come Live Your Adventure with Best in the Desert”. Casey’s life was truly an adventure, and we will always treasure our memories of him.

He will be greatly missed.