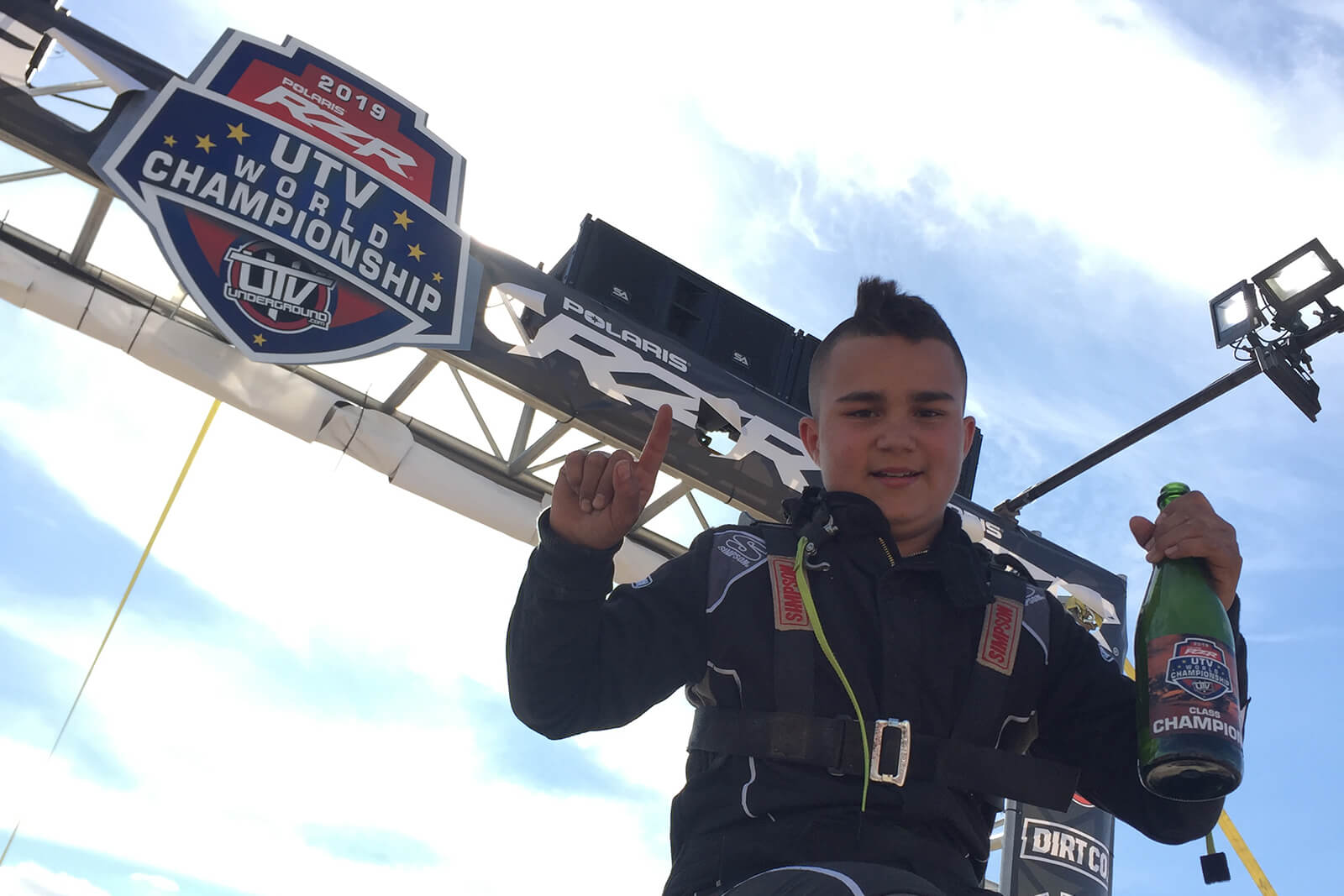 The future of any discipline of motorsports lies within its youth classes, and there’s no form of racing that supports them quite like off-road. The best youth UTV racers in the world got the action from this year’s Polaris RZR UTV World Championship kicked off on Friday afternoon, and the winning drivers just might be the sport’s next superstars.

Dallas Gonzalez went back-to-back with wins in both the 250cc and 570cc races on Friday, setting himself apart and earning a special place in UTVWC lore. The 250 victory made him just the first three-time and three-peat champion in UTV World Championship history, while the 570 win etched his name in the record books again as the winner of the first-ever UTVWC race for the class. Alongside Gonzalez’s pair of triumphs, Chase Mankin took the 170cc class victory.

The 170cc and 250cc races each featured 30 minutes of racing on the UTV World Championship infield course, while the 570cc racers stepped up to the seven-mile short course that will stage most of Sunday’s racing. Youth racers made up one of the largest groups of entries in this year’s event, with 93 entries combined among the three classes that competed in Friday’s action.

“The youth teams that compete in the Polaris RZR UTV World Championship represent the future of the sport, and judging by what we saw today, the future is bright,” said UTV World Championship CEO Matt Martelli. “Dallas Gonzalez managed to do something even the pros have never done with his three-peat win in the 250 class, and backed it up with another win in our first 570 race, while Chase Mankin earned the 170 win in another great battle. Congratulations to all of our youth competitors who finished, and good luck to the teams taking on the Youth Pit Crew Challenge later today!”