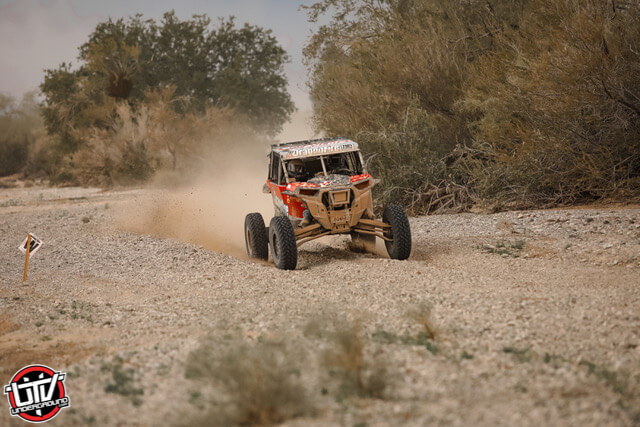 Jimmy flew in to the Phoenix Sky Harbor where he met with Brice from Dragonfire. The two headed over to Dragonfire’s headquarters in Chandler to tour the facility and get acquainted with the latest product upgrades.

Always a gracious sponsor, Dragonfire offered up the use of a Ford F150 for the weekend and Jimmy and Jake Waddle headed west for Parker. When the two arrived at 7PM they were a bit stunned to find that RusselI Griffen and Nick Fiveash had beaten them there—having driven 22 hours from Mississippi with the car in tow. “Russell’s always fast,” exclaimed Jimmy. 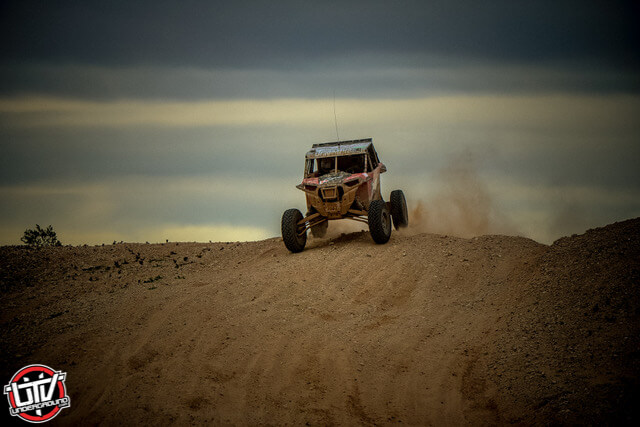 The crew made their way to the host resort; the Bluewater Resort and Casino to enjoy a nice dinner and do some strategic planning for the race.

Friday, January 10—The crew finalized plans over breakfast at the Blue Water Resort and Casino then commenced to working on the car. We ran it through tech and contingency, completing that early in the day. After, we headed to the desert for testing and wrapped up the final details; pressures, charging equipment, all that good stuff. The whole crew turned in early in prep for the next day’s race.

Saturday, January 11— With everything in place, the crew was able to sleep in on Saturday – and we got a little bit of a later start than usual heading to the track at 8am.

Weather was set to be beautiful, 67 degrees with the sun shining for most of the day, and a call for intermittent showers in the afternoon which was great to keep the dust down. It was a perfect blue jeans and t-shirts kind of day. 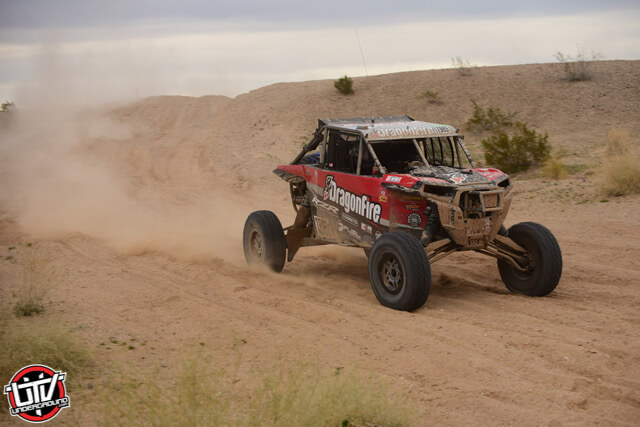 We loaded the car and sat around with nerves for the next 2 hours waiting for the green light. Russell took the early driving responsibilities, and he lined up 5th- and left the line at 1:02.

The race started out great- with Russell running a good pace he had passed 2 cars and moved into third place by the 30 mile mark. It was difficult to ascertain his actual position as the tracker was all squirreled up, but we felt like he was in 5th place for time and third physically when he arrived at pit 1. We dumped 8 gallons of fuel in the tank- and he was out of there quick. We were all feeling really good about the decision to fuel the car up at 1 – as everyone in the top 10 was doing the same.

Shortly thereafter Russel had come off a pretty good sized jump. When he landed it immediately felt weird -and they knew something was off. Come to find out, they had sheered the right front shock bolt off. That was a new situation for us. The car was too far off in a remote pit for the crew to recover in a timely manner— as it was at a distance of about 40 miles down a washboard 10 MPH dirt road. 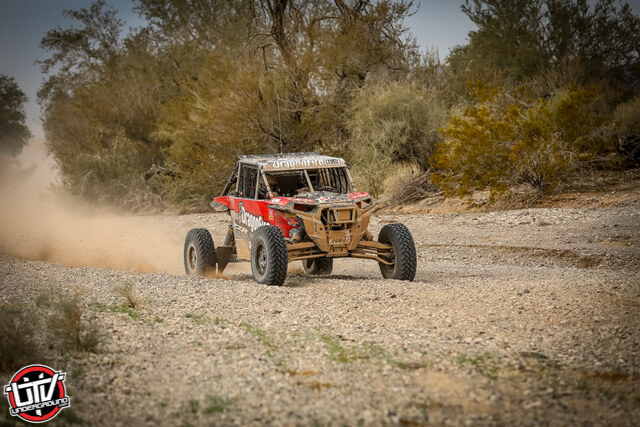 Either way, we did not have a spare shock on hand. After a rough ride we loaded up and hung out at the finish line for awhile, licked our wounds, and headed back to the Bluewater.

Overall the car ran perfect — suspension was awesome. We felt really good about speed and handling, and we had no problems what-so-ever. “BITD is hard on equipment! But, that is the challenge. Everything has to go perfectly – and there are times it just doesn’t, despite your vigilance.” said co—owner Jimmy Keys.

Seemed racer registrations were up overall and there was a bit more activity overall than last year. We are glad to see that trend and we are looking forward to the next race!

We would like to extend a hearty congratulations to our Polaris teammates- who took 8 out of the top 10 finishes!