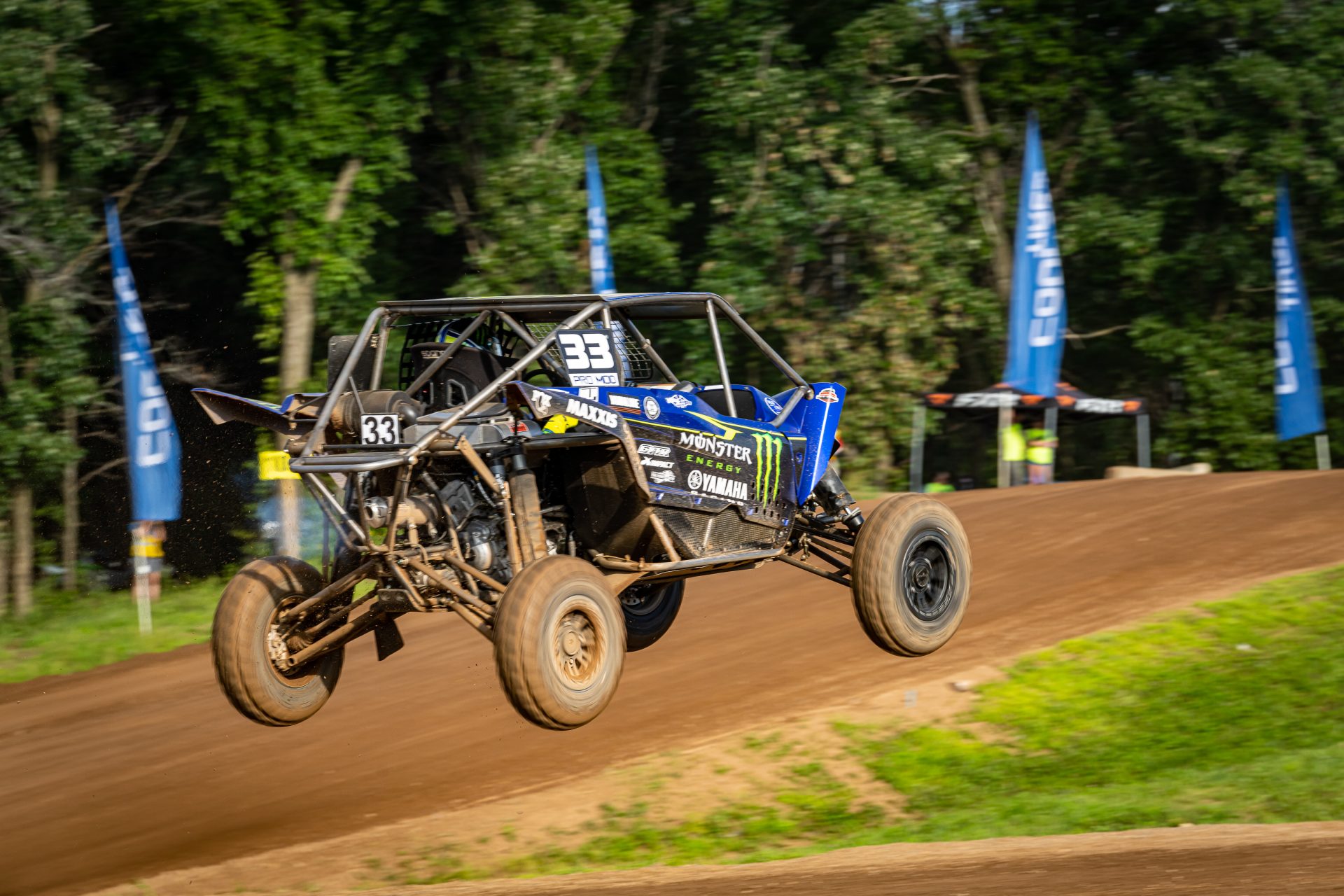 It wasn’t too long ago that Championship Off-Road was left scrambling to fill an August hole in its schedule after Bark River International Raceway was forced to cancel its annual short course event, one of the oldest and highest-profile rounds in the sport. Fortunately for all involved, ERX Motor Park was able to step in to turn around its second event in roughly a month—and the fans were rewarded with some exciting racing in the series’ premier side-by-side classes in the Toyota Off-Road National presented by Lube-Tech.

Hometown hero Andrew Carlson, whose family operates ERX, scored a popular Pro Mod SXS victory on Saturday, his first of the season. Jeremy Houle returned to the top step of the podium with a Pro Stock victory on Sunday. But it was CJ Greaves who had the unquestionable best weekend of all, winning in both classes and adding two second-place finishes to Carlson and Houle.

Greaves’ consistency in Pro Mod served to spread out what had been a close title fight coming into the weekend. Trailed by Rodney VanEperen and Kyle Chaney by single-digit points coming in, Greaves was able to finish ahead of both drivers on both days; VanEperen posted finishes of fifth and second, while Chaney scored a pair of third-place results. Greaves’ consistent performance extended his lead to 13 points over Chaney, and 14 over VanEperen, with four races remaining in the season.

In Pro Stock, five different drivers stood on the podium through the weekend, with Jack LeTourneau and Zac Zakowski joining Greaves in Saturday’s ceremonies in second and third, and Jason Luburgh scoring his second ERX podium of the year on Sunday behind Houle and Greaves. Robert Loire, who finished second and first in the previous ERX event, had a best finish of fourth on Sunday, after a forgettable Saturday left him toward the bottom of the running order and put a dent in his championship hopes. He’s now tied for third with Zakowski, seven points behind Luburgh in second and a further 37 behind Greaves in the lead.

The two pro classes combined for nearly 40 entries over the weekend, while Midwest Off-Road Racing sportsman action added over 30 more. In the sportsman races, Jonny Hentges kicked off the weekend with a Saturday victory over Aaron Hilgart and Dylan Marquardt. But Hentges would have to settle for a disappointing 28th on Sunday, as Josh Bayer led Marquardt and RJ Lego in a Yamaha sweep of the top three. Marquardt holds an 11-point lead over Hilgart on the strength of two race wins and four podiums in six starts.