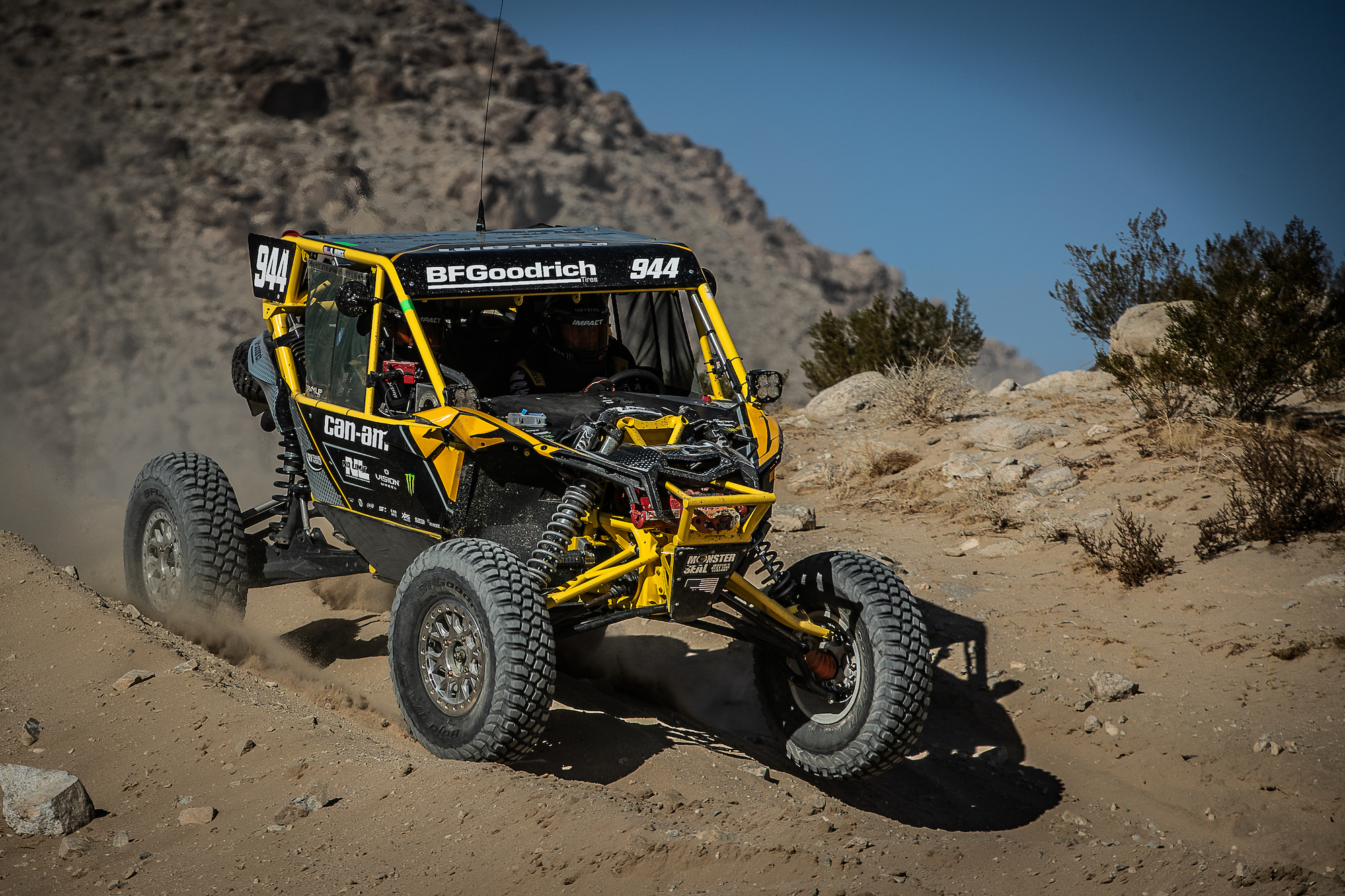 Image via King of the Hammers

The annual Can-Am UTV Hammers Championship has long been a crucial part of King of the Hammers week, as hundreds of racers from all backgrounds attempt to conquer the rocks of Johnson Valley, California and push their machines to the limit. But for the second year in a row, UTV racers will have two different opportunities to win at KOH, with the return of UTVs to the Toyo Tires Desert Invitational on Saturday.

After a successful debut in 2020, Ultra4 expanded the Desert Invitational offerings from an unlimited truck-only race to a much wider slate of vehicles, positioning UTVs against Class 10 in last year’s B2 vs. B3 Grudge Match. After Class 10 swept the top five positions overall last year, the UTV field will be looking for revenge, with an expanded slate of classes of its own hitting the desert today for a 31-mile prologue at 8AM and two 84-mile race laps starting at 10AM.

The UTV Pro field is led by defending UTV winner Kyle Chaney and fellow 2021 podium finishers Phil Blurton and Kaden Wells, but they’re far from the only big names on the roster. A competitive start list of nearly 30 racers, encompassing turbo, normally aspirated, and unlimited vehicles, will join them, including multiple drivers who took class wins (like Mike Deley) or podium finishes (like Vito Ranuio) at the Parker 250 just three weeks ago.

On opposite ends of the spectrum, and sandwiching the Pro drivers on the start list, are the B2 division and Stock classes. Mitch Guthrie Jr. and Wayne Matlock will go head-to-head in some of the most advanced UTV machinery in the sport in B2, while a handful of Stock Turbo and NA racers will attempt to prove that you don’t need a huge factory budget to conquer the types of terrain that King of the Hammers throws at you. The UTV divisions themselves will all do battle with Class 10, Class 5U, and TrophyLite in Saturday’s racing.

Live coverage of Saturday’s King of the Hammers Toyo Tires Desert Invitational will air all day at https://ultra4racing.com/ultra4-racing-live. After Saturday, UTVs will return to action at King of the Hammers for the Can-Am UTV Hammers Championship with qualifying on Monday and their race itself on Thursday.